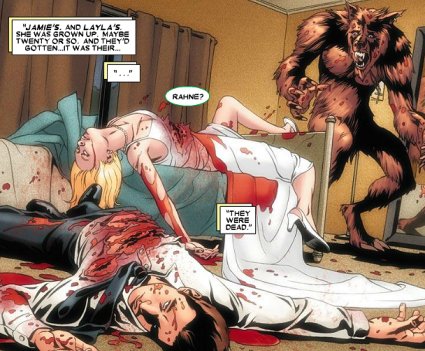 In a future once viewed by Wolfsbane, Layla and Jamie Madrox became husband and wife. On their wedding night, however, the two were brutally murdered by what appeared to be Rahne in her werewolf form. While hopping between realities, Madrox ended up in a parallel timeline that matched the vision of the wedding massacre. In this universe it wasn't Wolfsbane who killed Jamie and Layla but her daughter, Vanora. Vanora can assume any wolfen form imaginable, including mimicking her mother's appearance. Curiously, Vanora claimed it was Layla who paid her to kill the couple, because "this is how the story ends."
------------------------------------------------------------
In the Ultimate Universe, Layla Miller is a scientist who belongs to the brain trust of Roxxon Industries. When Spider-Girl, 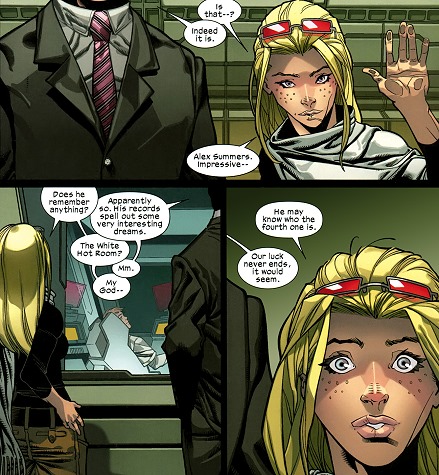 aka Jessica Drew, tried to infiltrate the brain trust, Layla and her colleague, Misty Knight, saw immediately through Drew's deception and had her captured. Layla was shown having no concerns exposing Spider-Girl to a series of painful medical examinations in order to extract further information from her. Recently, Layla's fellow trust member Nathanial Essex acquired a mentally unstable Alex Summers, who is one of four powerful mutants they seem to be after. With Essex answering directly to Lord Apocalypse, there stands reason to believe that these four mutants are to become Apocalypse's Horsemen.

What If? Astonishing X-Men #1