ALTERNATE VERSIONS
In the Age of Apocalypse, Madison was a member of the Brotherhood of Chaos, a group of mutant fanatics serving Apocalypse. When the Brotherhood received word of the X-Men arranging for hundreds of humans to be transported to the still human-run 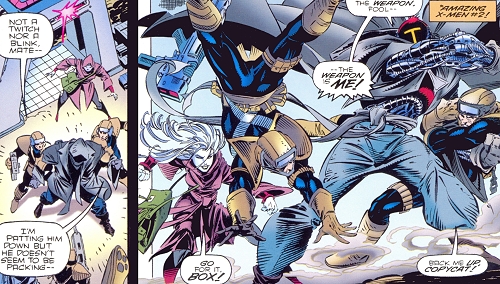 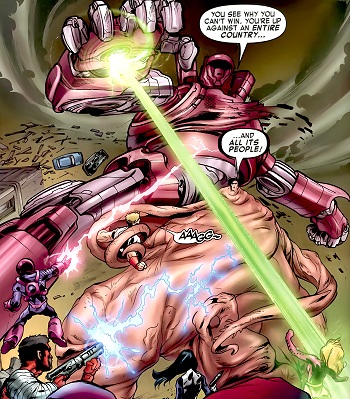 had also been a captive of the Weapon X program and, though the Jeffries brothers were eventually liberated when Magneto established himself as monarch, they both came out with severe mental issues. Not wanting to be embarrassed by the two nutcases, Magneto couldn’t keep the Jeffries brothers close by; yet he also deemed them to valuable and resourceful to not make any use of them. As such, Madison and Lionel were tasked with governing the nation of Santo Rico and overseeing the mining of its precious metal ores. When the Masters of Evil invaded Santo Rico, Madison and Lionel both grow significantly in size and power by absorbing dozens of Santo Ricans and the mined minerals into their masses. Regardless, they were outnumbered by the Masters, who killed the Jeffries brothers in order to conquer Santo Rico for themselves.