In Fantastic Four (1st series) #551-553, however, a future version of Doctor Doom established that Kang’s Third Law was not absolute, and time can be rewritten. Doom postulated that the timestream was flexible, and a certain mathematically calculable amount of change in a timeline was acceptable. Only large or significant changes above a certain level caused the creation of a parallel timeline. And so by carefully influencing the past in small ways, one can manipulate the future of one’s own timeline using time travel. 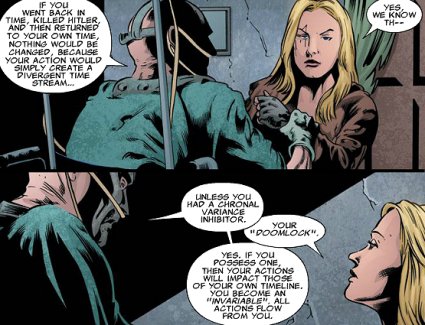 There were still some limitations to the technology, however. Firstly, the Doomlock had to be a part of the individual, typically after the individual had already become a cybernetic organism. There was also still a limit to the amount of change that could be forced on the timeline. When Cortex tried to kill the ancestors of the Summers Rebellion’s leaders in the present, he used avatars, mind-controlling native residents of the timeline to do his killing for him. When he was forced to take a direct hand, he worried that doing so could permanently damage the timestream. 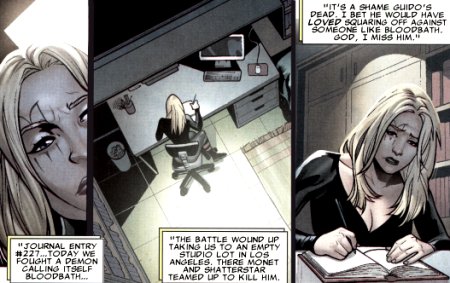 The knowledge she received from reading these diaries keeps her informed about the future… assuming she’s a reliable narrator. Because the current Layla only has knowledge of reading the diaries, not writing them, she must trust that her own accounts are accurate. Layla recently attempted to lie to herself on the day Guido supposedly died according to her diaries. She saved Guido’s life but still recorded her diary as she remembered reading it. This act had consequences, though, the full extent of which we likely haven’t even seen yet.

Despite the source of Layla’s knowledge apparently being revealed, there are still some lingering questions regarding her situation. Several small details about what Layla is capable of remain unanswered. In Messiah CompleX, Layla was somehow able to temporarily beat the mutant detectors used by Sheepshead Bay guards, scanning as a mutant one moment and not as one 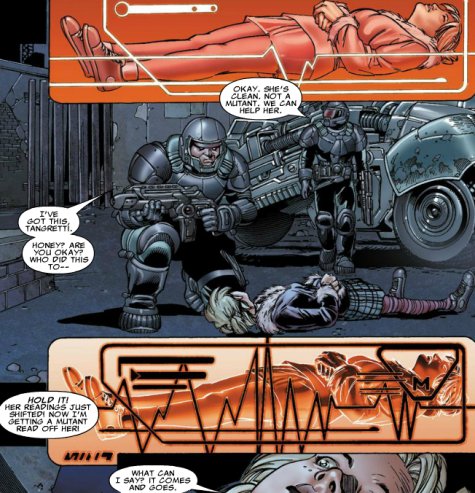 the next. Additionally, Layla’s role in the House of M – acting as an anchor for the true reality, retaining her full memories and able to impose the truth on others – seems beyond what we know about her capabilities. Of course, the simplest explanation is “Doom did it” – whatever Doomlock technology was injected into Layla by the device also allowed her to do these things, if for no other reason than she remembered she did do them. Still, an official explanation has not been made.