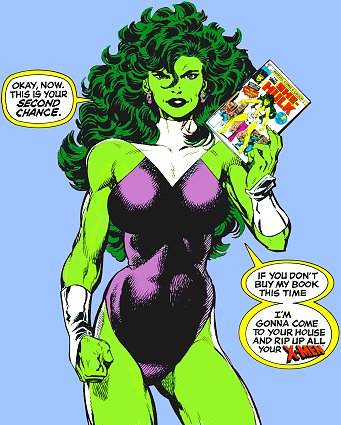 There are many ways to look at the history of the X-Men and the world they live in. Some discuss the most important stories, others are about chronologically following a certain character’s or group’s adventures. This section follows a different approach - it is a factual overview of all x-related comics that Marvel has produced, displaying how major events relate to each other from a publication timeline point of view.

There’s one problem, though… when exactly does a title qualify as x-related ? There is no definite answer to that question. While it’s easy to agree on the flagship titles and the many solo series focusing on some of the X-Men’s members, other books fall in a somewhat gray area. Titles such as Alpha Flight, the Champions or the (New) Defenders have undeniable ties to the X-Universe, but how much they are of relevance in the bigger picture is pretty subjective and everyone’s personal opinion. For the purpose of this article - to create a complete overview of the X-titles released so far - these books have been included.

In the following pages, you’ll find all issues grouped together that were released during the same year. For simplicity’s sake, and for easier reference, the cover dates were used to define the content of one year. Technically though, this structuring is slightly off, as comic books are usually dated approximately two months ahead, so the issues displayed under one year are actually those that were released from November of the previous year to October.

The reason for this pre-dating goes back to the 1930ies when comic books were created. Back then, comic books couldn’t be delivered to stores all over the United States, and by pre-dating the issues, the publisher ensured that the books still appeared “current” when they finally arrived in the stores. Additionally, the date on the cover would inform the newsstand when an unsold issue could be removed from the stands and returned to the publisher.

Next to the issues themselves, you’ll also find the characters listed who were first introduced during that year, a glance at the significant events as well as links to corresponding crossover entries. The final section of each year’s entry is dedicated to information about the comics themselves, such as the average price and page count by the end of that year, changes in schedule, etc.