LOVE IS IN THE AIR (a relationship map) 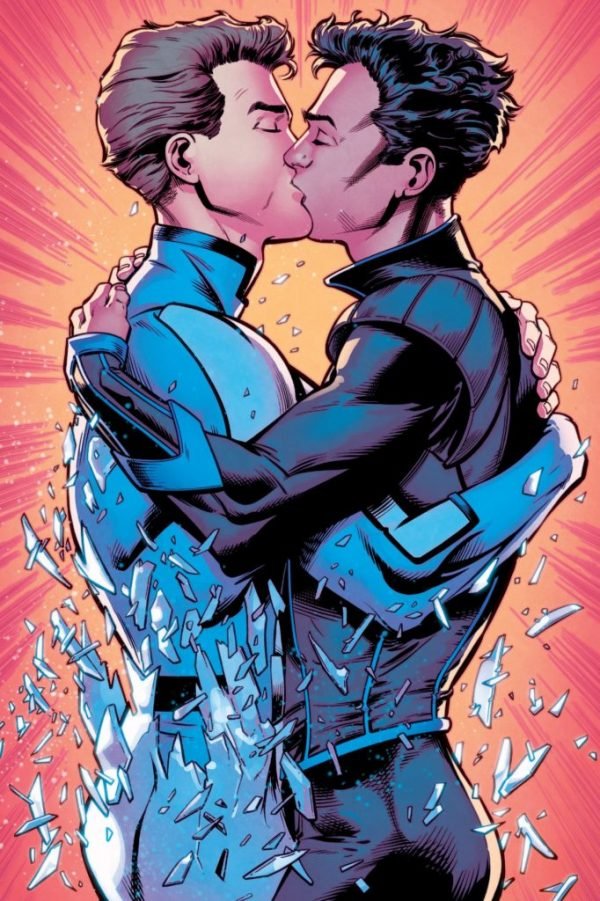 One of the many things that makes the X-Men world so great and yet so convoluted is the inter-personal relationships between all the different characters, so to remedy this UXN have provided you with a map showing just that.
There have been countless storylines where one of our X-Men Characters have, *ahem*, interacted with characters not normally associated with the X-Men portion of the Marvel Universe and trying to include all them plus the countless non-powered folk who appeared in a single story, would make it a very difficult to read, let alone map out. So to that end we've tried to stick to some basic principles:

1. If its a character from another corner of the Marvel Universe, be that superhero / villian / long standing supporting character, they will get listed whether its an infatuation, flirtation or full blown relationship. However it has to have featured in a Marvel comic, and in the case of an infatuation or flirtation, it has to be obvious

2. The other relationships that these Non X-Men Characters have do not get listed unless its with a character already on the map.

3. For non powered regular folk there has to be at least a kiss (red line). Flirtation or Crushes don't count unless they have appeared in a number of issues.

The Relationship map has grown considerably large so click the image below to have the map open in a new window: 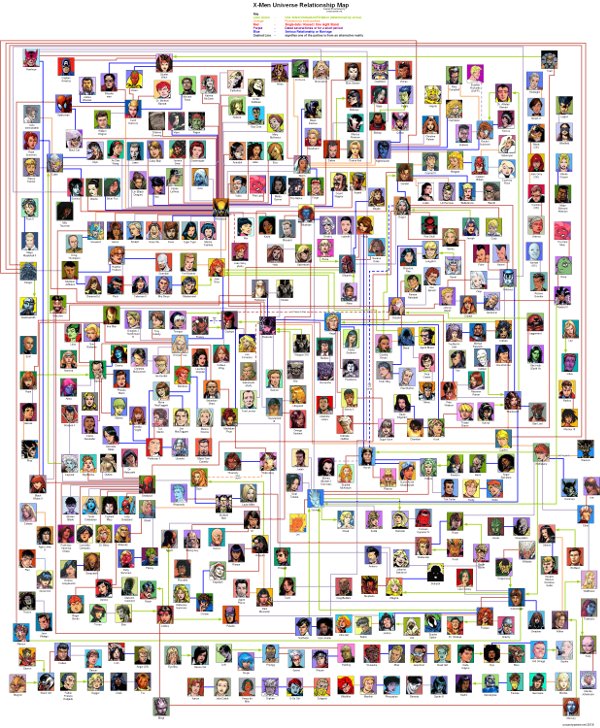 A Special Thanks goes to the Team of contributors to uncannyxmen.net & the forum members over at unstablemolecules.com that have worked together to put this map online.