In the Age of Apocalypse, Graydon was one of the few surviving humans after Weapon Omega took power in Apocalypse’s wake. Calling himself Horror Show, he worked as part of the X- 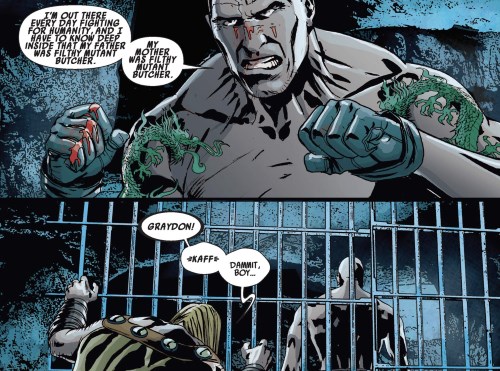 Terminated, attempting to save as many humans as possible whilst trying to overthrow Omega. When Sabretooth was depowered, Graydon found himself working alongside his father, something which he found hard to do, due to the years of abuse he suffered. When the reality was invaded by a group of primordial beings, Graydon was killed alongside his father as he tried to buy time for the others to escape.

Much like his regular universe counterpart, the Graydon in the House of M reality led the Friends of Humanity and had political aspirations. Gaining popularity on his anti-mutant stance, he gained the attention of Magneto, who saw him as a great threat to the future. Hiring Sabretooth, Magneto had Graydon murdered in his own home before he became too much of a problem.

In the Mutant X universe, Graydon managed to achieve his goal became president after the current one, Mister Fantastic, went missing. Once in charge, President Creed promoted Nick Fury to the head of SHIELD, with his first order of business being to eradicate the mutant threat. 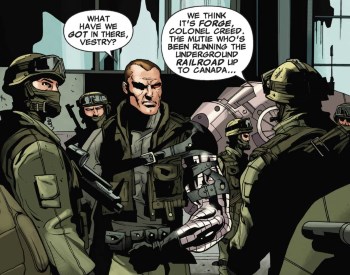 When Legion warped reality and created the Age of X, Graydon Creed now served as a general in the army. He was responsible for a great number of mutant deaths and had become quite proficient at eliminating them. On one such mission, he cornered a group of mutants inside the Chrysler Building and was prepared to destroy it to kill them. He was stopped by the timely arrival of Magneto, who ripped the building, as well as a number of nearby skyscrapers, off their foundations and carried them away to create Fortress X.