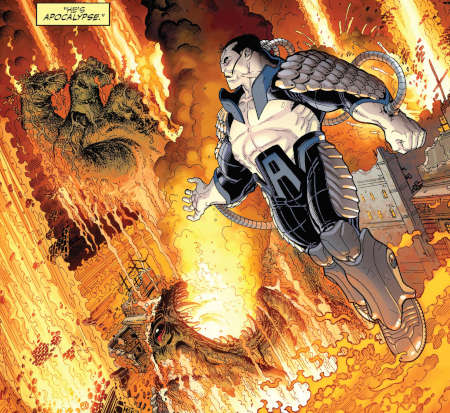 In the future of the Jean Grey School 25 years later, Krakoa had prospered. He eventually moved off the school's grounds and started a family, a chain of islands in the Caribbean. This family (or other redeemed creations of von Frankenstein) may have been part of the heroic Krakoa Corps active in that universe. In a darker version of that timeline, however, Genesis succumbed to his genetics and became Apocalypse, killing Krakoa while his fellow X-Men graduates looked on. 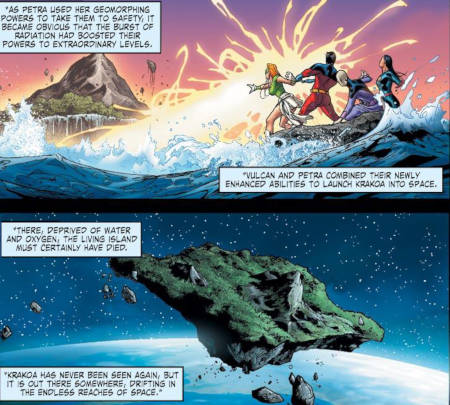 In one reality, the original X-Men defeated Krakoa up front, and so Xavier never recruited any subsequent X-Men teams.

In another version, Vulcan's team successfully defeated Krakoa, although Vulcan accidentally killed the original X-Men in the process.

In yet another variation, the All-New, All-Different team also failed against Krakoa, prompting Beast to form a new team with Quicksilver, Scarlet Witch, Namorita, Warpath, Siryn and Wolfsbane. [What If? (2nd series) #9, 23, What If? - X-Men: Deadly Genesis #1]