Spanish for
"The Flag"

• Empathic ability to inspire, stirring emotional synergy
within a group of people at her direction, dedicating
them towards a common cause and drawing power
herself in a feedback loop, allowing her to channel
energy from the inspiration of others into force bolts
fired from her staff

Teresa Lopez grew up in Dade County, Florida, the daughter of a Cuban immigrant who fled Castro's regime. Her father had originally been a part of Fidel's government, but became disillusioned and left for America. He did not recover his spirit and turned to drugs, eventually dying as a consequence of his habit. As a young woman, Teresa discovered her mutant powers and crafted a vigilante identity as La Bandera. She defended her local neighborhood in Miami from drug runners and gang bangers, drawing power from the people's faith in her crusading activities. Her powers caused the people of the barrio to rise up in their own defense, while also empowering her to continue fighting in their names. When la Bandera learned the flow of drugs into her home came from the Central American nation of Tierra Verde, she followed the trail back to that country's capital of Puerto Verde.

La Bandera's campaign had already drawn attention from the Kingpin of Crime, whose drug trade in New York was tied to the pipeline in Florida and Tierra Verde. As a side project during the Acts of Vengeance affair, he hired Tiger Shark as an assassin to track and kill la Bandera as she entered Tierra Verde. La Bandera had already begun rallying the impoverished people of Tierra 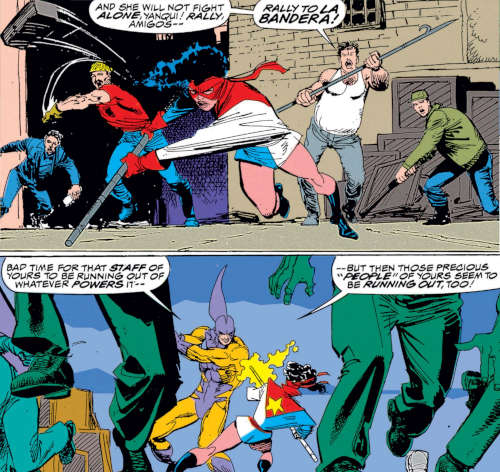 Verde to stand against the military president, Felix Guillermo Caridad, and his narco-government when Tiger Shark found her. Their faith gave her the power to stand against Tiger Shark at first but, when she failed to beat him quickly, her followers fled and with them the fuel for her energy blasts. La Bandera was saved by the timely arrival of Wolverine, who had his own grudge to bear against Caridad. Logan encouraged Bandera to go home, fearing her power to inspire would get her and other people hurt. Nevertheless, la Bandera remained dedicated to her mission. [Wolverine (2nd series) #19]

La Bandera quickly organized a revolutionary group of dissidents and farmers being oppressed by Caridad's regime. Under her command, they stormed Caridad's military compound / palace to rescue political prisoners reportedly being held for medical experimentation. However, that information had been leaked by Caridad's advisor, Geist, in order to lure la Bandera into another 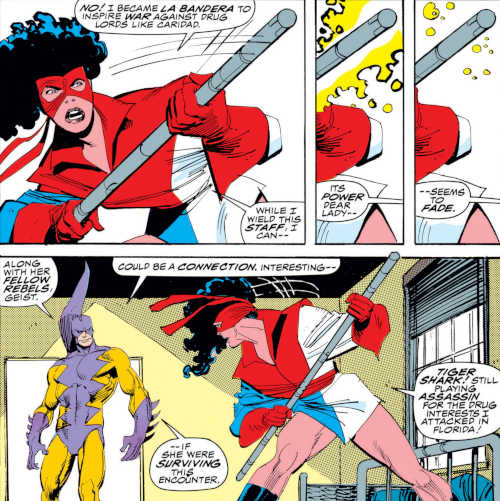 fight with Tiger Shark. Wolverine saved her life again, but not before many of Bandera's men died fighting the assassin and Caridad's military, "inspired" into a fight they were not prepared for. Still, they found many of the political prisoners on the rooftop of the palace, being used as human shields for Caridad's escape by helicopter. La Bandera and Wolverine turned the tables, commandeering the helicopter with the prisoners and other allies picked up along the way. [Wolverine (2nd series) #20]

After the helicopter went down in the jungles, Wolverine fled towards the border with his allies, Roughhouse and Sister Salvation. La Bandera and Enrique, spokesman of the political prisoners, moved their people deeper into the jungle in order to regroup their forces. They came across an indigenous native tribe who initially seemed hostile. La Bandera's power helped smooth the way for an alliance between the two forces, for the tribes also had good reason to want Caridad and his soldiers gone from their lands. [Wolverine (2nd series) #21] 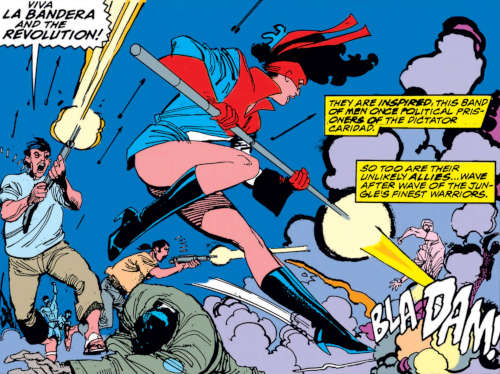 With the tribesmen at her back, la Bandera organized another attack against President Caridad's compound. This time, however, she attacked with a plan instead of mere faith. Having learned from her mistakes, Bandera's men engaged in guerrilla warfare at first, eliminating outlying guard posts without being noticed, acquiring weaponry and disabling defenses. When she led the open charge against Caridad's soldiers, it was using their own mortars and rockets, while the soldiers found themselves surprised, undermanned and with empty arms depots.

Wolverine had been recaptured in her absence, and used the commotion to fight his way out as la Bandera's forces fought their way in. Caridad had been trying to create a national super-soldier and injected himself with the tainted drug mixture when all seemed lost. Instead, he became host organism for the Deviant mutate known as Spore. Wolverine was engulfed in Spore's body as la Bandera and her people found them. The growing mass of putrid flesh daunted the revolutionaries, costing la Bandera her allies and her powers at first. Still, she stood against Spore 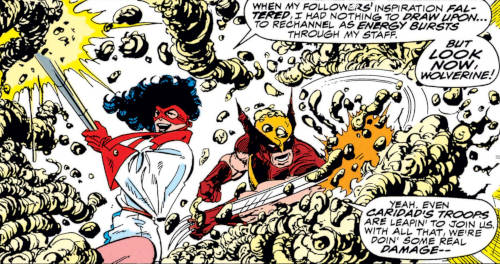 and, as Wolverine clawed his way out of the beast, he proved it could be hurt. La Bandera then rallied her people (and even Caridad's soldiers) to stand against the monstrosity. They staged a counter-offensive and, eventually, Spore fell thanks to the power of their allies.

With Caridad dead along with Spore, la Bandera's inspiration spread even further. She gathered the remaining soldiers with her revolutionaries and the tribesmen, assembled vehicles and supplies from the military compound, and marched on Puerto Verde to officially take the capital and the seat of government for the country. However, to the chagrin of la Bandera and Wolverine, compromises began almost immediately with the interim government. Among them, Geist was released from custody as a favor to the CIA, who had backed Caridad's anti-communist regime but were willing to support the new government as well... for a price. 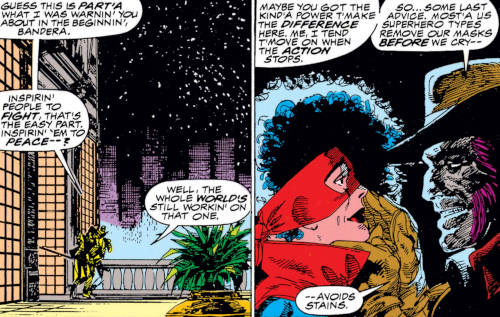 Wolverine left in a huff and la Bandera chased after him to insist the extradition hadn't been her idea. Logan warned her that revolutions were always easy in their own way, but now her ideals would truly be tested. He wished her well as he returned to Madripoor, and la Bandera rejoined the people of Tierra Verde as they marched towards an uncertain but hopefully brighter future. [Wolverine (2nd series) #22-23]

In the years to come, La Bandera fell victim to a serial killer of super-heroes known as Zeitgeist. Intending to practice his trade before returning to his native United States, Zeitgeist targeted 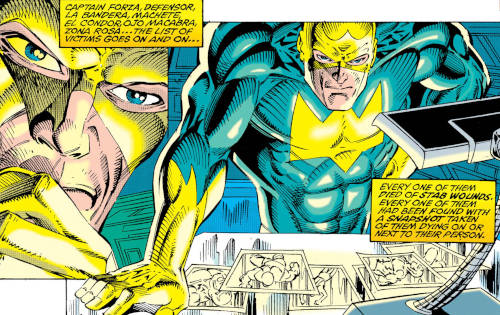 costumed crimefighters and super-beings in Central and South America, where they were far less prevalent and less organized. La Bandera was one of nearly a dozen confirmed victims of the killer. [Captain America (1st series) #442] 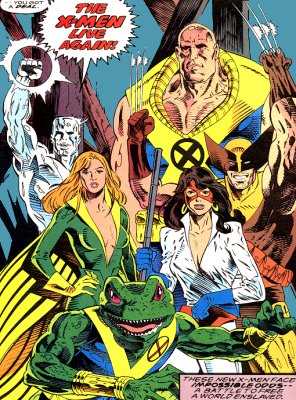 In What If..? (2nd series) #47, the mutant factions degenerated into constant in-fighting after Cable killed Charles Xavier. Magneto consolidated control of the mutant population as two X-Men groups squabbled amongst themselves, and he seized control of Washington D.C. An aggressive new Sentinel program arose in opposition and a Trojan Horse play tricked Magneto into destroying a Sentinel with a nuclear warhead inside, destroying Washington and killing a majority of the mutant revolutionaries. In the aftermath, Wolverine infiltrated one of the Sentinels’ mutant concentration camps and released La Bandera. She joined Wolverine, Siryn, Iceman, Amphibius and Sunder as the newest, and last, of the X-Men.