The Silver Samurai shown in What If...? (2nd series) #43 made some very different choices after his half-sister Mariko wed the X-Man Wolverine. In this reality, Kenuichio asked for Mariko and Logan's forgiveness and pledged his loyalty to Mariko and his sword to her efforts to cleanse Clan Yashida of its criminal ties. Together, the Samurai, Wolverine and Mariko succeeded in fighting on every 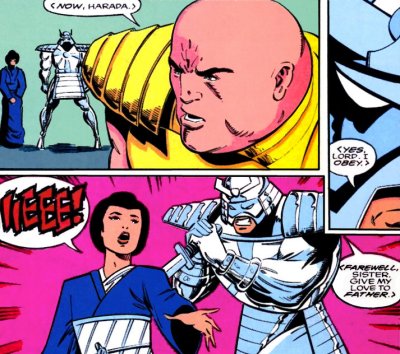 playing field for the Clan's redemption. Mariko was close to success when Wilson Fisk aka the Kingpin took a vested interest in claiming control of Clan Yashida and its standing among the Yakuza. In a desperate ploy to dissuade the Kingpin, Wolverine challenged him to single combat. If Logan won, Clan Yashida was finally redeemed and Fisk would walk away. If the Kingpin prevailed, Clan Yashida was his. Logan narrowly defeated Fisk but as the Kingpin fell, he uttered an order to the Silver Samurai. Kenuichio had secretly allied himself with the Kingpin and on his command, he killed Mariko. Wolverine retaliated killing the Samurai with his claws rather than the Yashida honor sword.

In the Age of Apocalypse, Kenuichio Harada still served his father Shingen as the Silver Samurai. Shingen had another enforcer who acted as a rival for Kenuichio, however, a gaijin named Weapon X who was in Shingen's debt. The Samurai felt slighted by Weapon X's unwanted 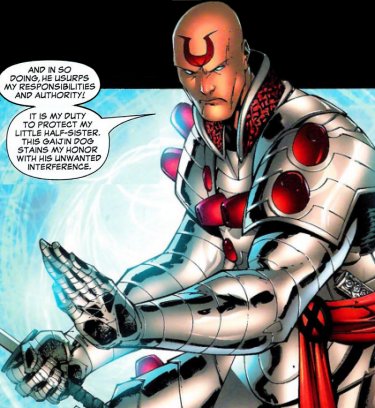 assistance, as the Canadian mutant apparently showed him up on several occasions. Weapon X's affection for Harada's younger half-sister Mariko didn't help their relationship either. They came to blows at least once, and the Silver Samurai was forced to yield when Weapon X showed his superiority.

Harada escaped the culling of Japan by Apocalypse, and eventually resurfaced in the year after Apocalypse's defeat. He joined the X-Men as they became an official branch of the Department of Mutant Affairs under the newly elected human president. Samurai was begrudgingly reunited with Weapon X, and also formed a relationship with his niece, Kirika Yashida, the daughter of Mariko and Weapon X. Several years later, Weapon X was infected by a Celestial Deathseed and rose to become the next Apocalypse as Weapon Omega. Silver Samurai and the X-Men tried but failed to stop the cullings and pens from starting up again. Harada was one of the last X-Men to fall, but he eventually died in battle with Weapon Omega's forces. 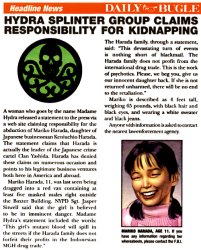 The world was ruled by mutants in the altered reality known as the House of M. Accepted, adored and dominant at last, mutants became the dominant species and enjoyed and privileged existence. In this reality, Kenuichio Harada lived as a prominent Japanese businessman. Though he was publicly a legitimate businessman, he and the Clan Yashida that he led were rumored to have connections to the Yakuza. These rumors made headlines when Harada's 11-year-old daughter Mariko was kidnapped by Madame Hydra. She publicly took credit for the abduction citing Harada's interference in the production of Mutant Growth Hormone as her motivation. Harada pubicly denied the claims and swore retribution if his daughter was not returned to him unharmed.

Click the image above for a closer look at the full article.