THE FIRST ALL-NEW, ALL-DIFFERENT X-MAN TO APPEAR WAS CLOSE TO HAVING BEEN CREATED AS A WOMAN. 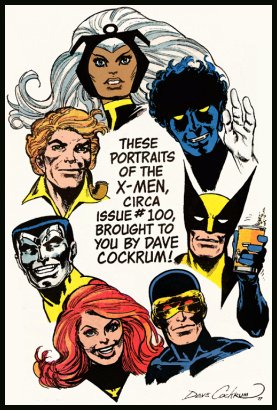 Banshee was created by writer Roy Thomas and artist Werner Roth and was introduced in X-Men #28, 1967. "For some reason, I kept having these ideas for mutants from other countries," Thomas recalled in Comics Creators On X-Men, "but Stan (Lee) wouldnt let me add a sixth X-Man at that time, right after I'd started scripting the book."

"One thing I felt bad about after (Banshee's) first issue was that I thought he should have been a woman," Thomas told The X-Men Companion. "But Stan felt it wouldnt look good for five X-Men to be fighting a supervillainess," he added in Comics Creators On X-Men.

"I think I must have wanted to create an adult, leprechaunish character, which Werner and I did, and I think I let that overrule the fact that of course I knew that a Banshee was really a female," Thomas confessed in The X-Men Companion. "I think I made a mistake there - one of a number I've made in my life. But the character seemed pretty popular from the beginning even among the people who knew it was supposed to be a woman." 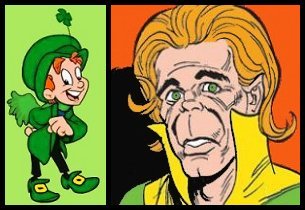 When writer Len Wein added Banshee to the all-new, all-different X-Men in 1975, he decided to de-age the character. "I acknowledged that he was probably in his late 30s or so, but I had Dave Cockrum draw him so he looked younger - tried to fudge it as best I could to make him seem about 29," Wein revealed to The X-Men Companion. "He was the old one of the group. I only put him in there because I happen to love writing an Irish accent, so it was as simple as that."

"I thought that to make Professor X an effective mentor, you wanted that mentor to be older than everybody else," Wein added in Back Issue #4.  "I wanted a guy who was a father figure. When you have other characters who are as old as that character, you undercut that aspect of the mentor. So there had to be a considerable age difference between Professor X and the rest of the X-Men."

"It was Len's feeling that Banshee as a heroic character had to stop being funny looking,"Cockrum recalled in The X-Men Companion about the decision to lose the leprechaun-looking pointed ears and pug nose.  "So, we somewhat gradually, but probably not as gradually as all that, changed him from a caricature Irishman into a nice-looking man."

"I like Banshee, I always have," Cockrum told The X-Men Companion. "We talked about getting rid of him once before when I was on the book - I guess it was in X-Men #104 (1977). I suddenly realized I was doing a panel here and the only normal face in the whole group was Banshee, and it was such a relief to have a normal face to draw that, on the basis of that, I suggested we keep him and not get rid of him after all. (...) We talked about having his castle be kind of X-Men East."

"Banshee, I always thought, didn't really belong" subsequent artist John Byrne revealed in The X-Men Companion, "which is why I did what I could to get rid of him and finally succeeded in getting rid of him. He was the older, wiser head who was unnecessary because there was Xavier. His power was a long-distance zap, which is unnecessary because of Cyclops. His costume lost any outstanding points it had as soon as we had Phoenix, because he was the redhead with the green-and-yellow costume. So I liked Banshee a lot in terms of his personality but I could never really think of him as belonging in the group and I remember after we wrote him out with X-Men #129 (1980) - the issue that introduced Kitty Pryde - some five or six issues later, I realized he hadn't been in the book for five or six issues and that I hadn't missed him."

In Spider-Woman #37-38, 1981, writer Chris Claremont introduced the mutant Siryn who turned out to be the daughter of Banshee. "Siryn will stay in Ireland," Claremont told The X-Men Companion. "What I plan to do is have a core group of X-Men and then have a number of characters on the periphery  - Polaris, Banshee, Beast, etcetera - who can come in. It will be a Mission: Impossible format: As the story requires, we will use what members we need, and run it like that." 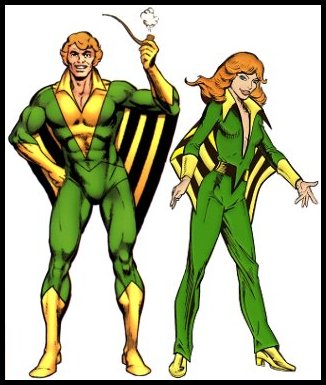 "(A) thing that always bothered me about Banshee was that I was never able to exploit his powers to the fullest extent, in the same way I did with Siryn," Claremont explained to The X-Men Companion. "All he could do was scream, and the scream would burn through things, or cut through things, and he could stun people, and he could fly and that was it. I was thinking, first of all, you could use the sound as a hypnotic agent, you could use the sound to affect the chemical balance of the brain, you could use ultra-low frequency sound for disintegration or stunning. You could create sonic holgrams, or use ultra-high frequency to transmit messages. The potential is limitless, but because Banshee is an established character with established powers, to change any of that would have given him "new powers", and that was considered verboten."

"So my way around it is to take them all away (in X-Men #119, 1979), and my plan is then, through Siryn we give him back his powers. The rough idea I have now is that she uses her own abilities to knit his vocal chords back together by sonic surgery - he will then have these enhanced abilities that his daughter has."

However, that plan never amounted to anything. When Banshee finally rejoined the X-Men in Uncanny X-Men #253 in 1989, it was after his power had healed naturally, following his adventures in Marvel Comics Presents #17-24, 1989.  After Banshee's death in X-Men: Deadly Genesis #2-3 in 2006, his daughter Theresa changed her  codename from Siryn to Banshee to honor her father's memory in X-Factor #200, 2010.  After all these years, Roy Thomas' "mistake" on the Banshee's gender has finally been corrected.