On the northern side of the facility is a hangar bay which opens a secret hatch in the rocky mountainside, allowing aircraft to land. Although there is no path or driveway to enter on this side, it is possible to climb the rock face to enter.

There is another lower entrance via a vent hatch that leads to the same hangar, however it is not clear whether this was added after X-Force refitted the base.
Although there is no known map of the base, there are a number of rooms originally built by the sentinels to assist with processing and containing mutants. These include:

After Cable decided that X-Force would use it as their base of operations, a number of the rooms were refitted using a combination of A.I.M. technology and Cable’s own. As part of the refit, the facility was rearranged to include the following:

The team initially used the surrounding forest to train, until the danger room was built, although some members still preferred to train outside.
There is also an entrance on the southern side of the base, however it is not known whether it is similar to the north hangar, or just an access hatch. 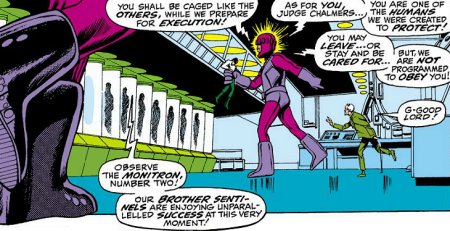 Picking up where his father left off, Larry Trask rebuilt the Sentinels, improving on the original design so that they could almost instantaneously adapt to any attack. Larry was aided in his quest against mutants by a family friend, federal judge Chalmers. Although Larry built a control helmet to override all other commands, the Sentinels operated on their own in built logic systems. Without Larry Trask ordering them to do so, it was the Sentinels themselves who decided to create the hidden mountain base to assist in the task of capturing and eradicating all mutants.

On the orders of Larry Trask, the Sentinels captured a number of mutants, storing them in stasis tubes. However, when it was revealed that Larry was also a mutant, they no longer took orders from him. Cyclops was able to defeat the Sentinels through convoluted logic and they headed into space to find a means to destroy the sun; the source of all mutant life. The X-Men used one of the facilities jets to return to the city whilst Judge Chalmers freed the captive mutants. [X-Men (1st series) #58-60] 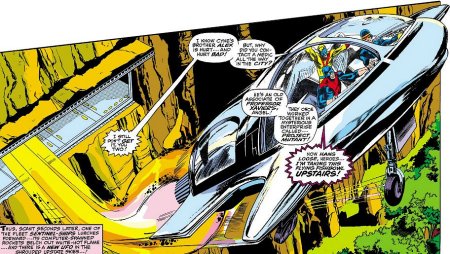 Much later, Dr. Steven Lang spearheaded a US governmental task force to determine why mutants exist, which allowed him access to the estate of Larry Trask, including the Adirondack base. Dr. Lang was convinced mutants should be eradicated and went rogue; setting up Project Armageddon to rebuild the Sentinels using the bases resources. Deciding that the best course of action was to not be located on Earth, Dr. Lang took up residence on an unused SHIELD orbital platform, leaving the Adirondack base abandoned. [X-Men (1st series) #96, 98]

Chapter 2 - X-Force Moves In
After reading Professor Xavier’s files, Cable identified that the Adirondack base would be a suitable headquarters for his newly formed X-Force team. Over several weeks, as Cable trained the team, the abandoned base was slowly refitted with new tech. [X-Force (1st series) #1-2]

While the majority of X-Force were away, Deadpool broke into the base, easily defeating Shatterstar in the Danger Room and then moving on to his real target, Copycat, who had been impersonating Domino since X-Force had been formed. Copycat was defeated and Deadpool left after delivering a message from their mutual employer, Tolliver.

X-Force returned and questioned "Domino" about her betrayal. However, instead of killing her, Cable used her to enact his plan. As the location of the base had been compromised, Cable decided to blow up the base and fake the deaths of X-Force so that they could go after Tolliver. So ordered, Copycat contacted Tolliver and arranged for the base to be blown up. 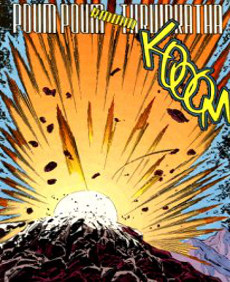 Before the plan could be fully realized, however, GW Bridge and Weapon PRIME made their assault on X-Force’s base. As X-Force fought Weapon PRIME, beating them one by one, Cable left the fight to teleport the equipment within the compound to his Graymalkin base. However, just as X-Force was ready to leave, the explosives they set up started to go off and Cable & Copycat were separated from everyone else as the base exploded. Cable and Copycat survived, having fallen into a river and dragged downstream. The rest of X-Force and Six Pack likewise survived, thanks to Cannonball extending his blast field to protect them, though the base appeared to be completely destroyed. Unbeknownst to Cable, Tolliver had built an override switch so that he could trigger the explosives early. [X-Force (1st series) #11-14]

After being freed, the real Domino was determined to find X-Force and enlisted the help of Grizzly, Hammer and Copycat. Copycat guided them to the Adirondack base which was buried under tons of rock, though eventually, using Grizzly's strength, they found a way in. They connected the bases computer equipment to the ship, which enabled them to track X-Force’s mutagenic energy signatures, eventually tracking them to Camp Verde. [Cable (1st series) #4]

Chapter 3 - Base of Future Past