ALTERNATE VERSIONS
There are many different versions of Brian Braddock across the multiverse. What’s unusual is that many of those Brians are also members of the Captain Britain Corps (though not automatically every Captain is a Brian Braddock) and therefore there is a high chance that those Brians keep on bumping into each other. 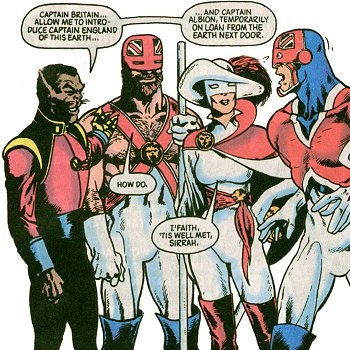 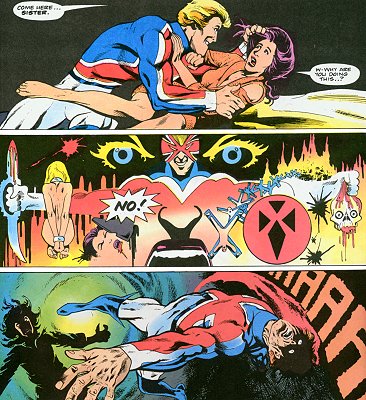 On Earth 839 Byron Bradhok was the lover of Sat-yr-9, the sadistic despotic ruler of that reality’s Great Britain. While his position allowed him to satisfy his own sadistic urges, his servitude nevertheless chafed. During Merlyn’s funeral, he saw the naive Captain Britain and from then on tried to have the other man attacked. Eventually, he took Braddock’s place while an unsuspecting Technet brought the real Brian Braddock to Sat-yr-9. Kaptain Briton picked up his counterpart’s life and even went as far as trying to rape Betsy Braddock, who then used her burgeoning psychic powers to kill him. 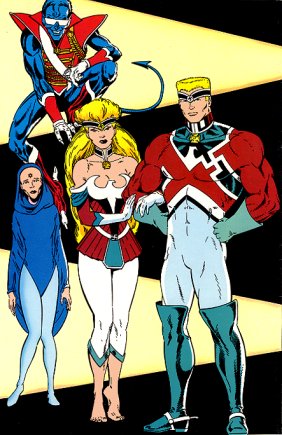 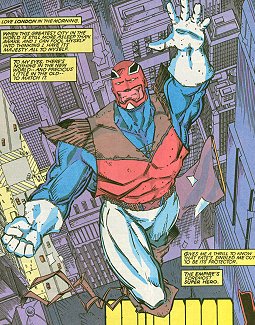 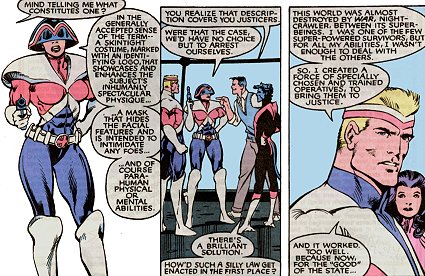 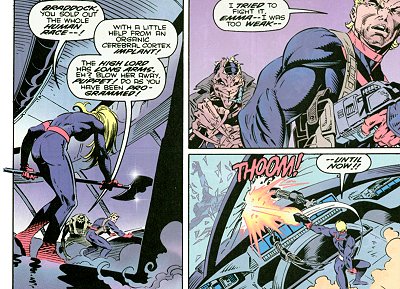 The early death of Charles Xavier created an alternate timeline, the Age of Apocalypse, in which En Sabah Nur rose to power. Brian Braddock never received superpowers or became Captain Britain. He was a gung-ho member of the European Human High Council and, along with Moira and Bolivar Trask, Mariko Yashida and the lobotomized Emma Frost, he led the Council in their efforts to provide safe haven to those humans who had escaped from Apocalypse’s territories. Eventually. though, Brian betrayed the rest of the Council by siding with Donald Pierce. In the last instant, Brian tried to rectify his error, but was shot by Pierce before he could do any harm to the cyborg’s plans.
------------------------------------------------------------ 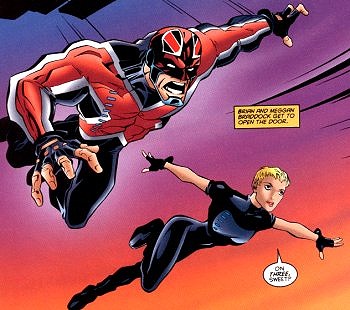 In a possible future not unlike the Days of Future Past timeline, Brian was married to Meggan, and still served Excalibur, a now outlawed team led by Pete Wisdom. While in the United States, the X-Men were already killed or captured by the Sentinels, Great Britain faced problems of their own. The last mission Excalibur went on was to save Douglock from Black Air, the evil, secret organization that had taken over the country, but the team found themselves lured into a trap – as Douglock had become Black Air’s major weapon. Apparently, all of the team, including the Braddocks, were killed.
------------------------------------------------------------ 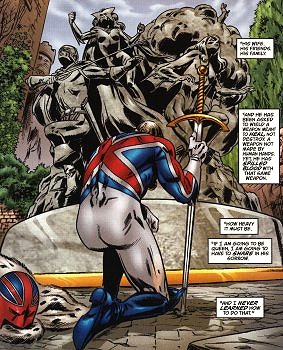 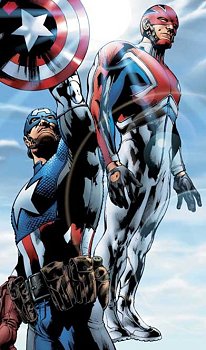 In the Ultimate universe, Brian Braddock is the son of Professor James Braddock and brother to the telepathic STRIKE agent Betsy Braddock. Along with his father, Brian worked at the European Defense council, a European answer to the American supersoldier program. Great Britain, as well as several other member states, developed suits capable of giving their wearers superpowers. Using the armor, Brian has decided to call himself Captain Britain. So far, the European heroes have teamed up with the Ultimates several times.