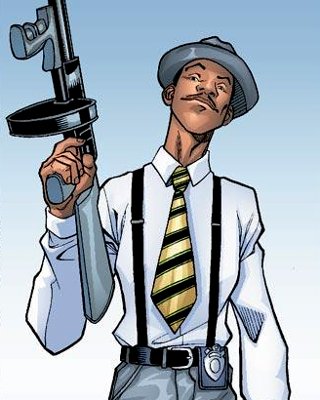 In his younger days, Rutherford worked as a police officer in Canada, and was loaned to the Chicago Police Department during the Prohibition era. [Alpha Flight (3rd series) #4]

Rutherford was forty-three when America dropped an atomic bomb in an effort to end World War II and, although he understood why it was done, he could not accept it. [Alpha Flight (3rd series) #6] It was during this period that Rutherford, though married to a woman named Agnes, met his true love, Amelia Weatherly. However, one night she vanished and her body was never found. Rutherford nevertheless had a burial for her and mourned her deeply. [Alpha Flight (3rd series) #10]

At some point, Rutherford and his unique bio-rhythmmic dissident ratio came to the attention of Dr. Walter Langkowski, better known as Alpha Flight's Sasquatch, who was doing some research on veterans of the Canadian Military. [Alpha Flight (3rd series) #1]

Rutherford Princeton was in a coma at the Eden Rock Nursing Home, where he had been for some fifteen years, when he was visited by Sasquatch, who was seeking to put together an all-new, all-different Alpha Flight team to locate the original team that had been captured by the Plodex. Rutherford suddenly woke from his coma when Sasquatch, who was wondering what stories the ninety-six year old veteran would have to tell, literally scared him awake. Rutherford responded by punching Sasquatch across the town, where he landed in a water tower. 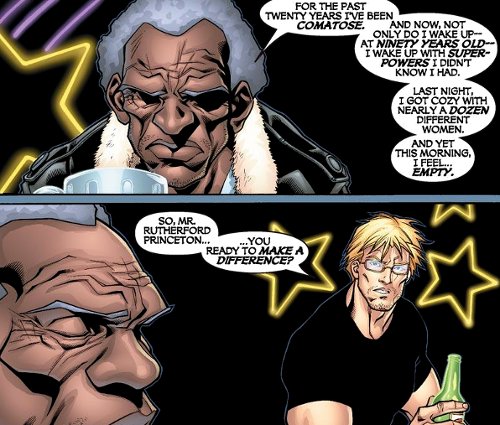 However, Rutherford declined Sasquatch's offer to assist him in doing some heroic deeds, but he was grateful for the new lease on life. Rutherford soon regretted his decision not to accept Sasquatch's offer, but luckily for him Langkowski later tracked him down at a bar, where Rutherford admitted to feeling empty after spending the night with several women. He knew he had to help make a difference and accepted Langkowski's offer. [Alpha Flight (3rd series) #1-2]

The quickly-assembled Alpha Flight set out on a mission to the Plodex spaceship at the top of the world. Rutherford used his flight capabilities to fly himself and Nemesis to the base and, en route, suggested some potential code-names for himself, all of which were turned down by Nemesis. 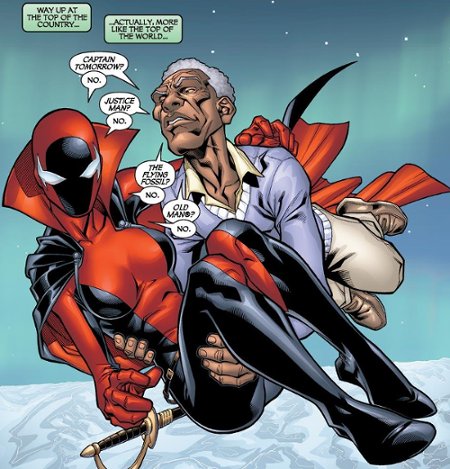 He talked to her about how his life has changed so suddenly, and was surprised when she revealed that she could fly on her own.

Arriving at the base, Rutherford was confused to find himself in a re-creation of the Prohibition era. Rutherford was distracted by the flashback to his past, where characters interacted with him. He possibly did not listen when Nemesis remarked that she, too, remembered this era and instructed him not to call her a child, as she was not. Exploring the Plodex base, Rutherford began to be called “Centennial” by Nemesis. They soon met up with their teammates, when part of the complex collapsed and dropped the new heroes into the chamber where the original Alphans were being held captive. [Alpha Flight (3rd series) #4]

After battling Plodex copies of the original Alphans, Centennial and his teammates were confronted by an entire nursery of Plodex eggs. The team debated what to do with the eggs, for Sasquatch feared that, even though the eggs had been imprinted with the genetic codes of the original Alpha Flight, they may turn out to be ferocious creatures, like the majority of the Plodex race. Centennial sided with Major Mapleleaf and the female Puck against Sasquatch and Yukon Jack, who wanted to destroy the eggs. Centennial told them they had to have hope for these new lives. The issue became moot, however, when the original Alphans freed themselves and announced that they were going to take the eggs back to the Plodex homeworld in one of the Plodex space ships. With the original Alphans departed, Sasquatch's new team, including Centennial, opted to remain together as Alpha Flight. [Alpha Flight (3rd series) #5-6]

Realizing they each had personal matters to attend to, Rutherford returned to his family home in Eden Rock, once in the fashionable section of town but now a run-down, slum area. 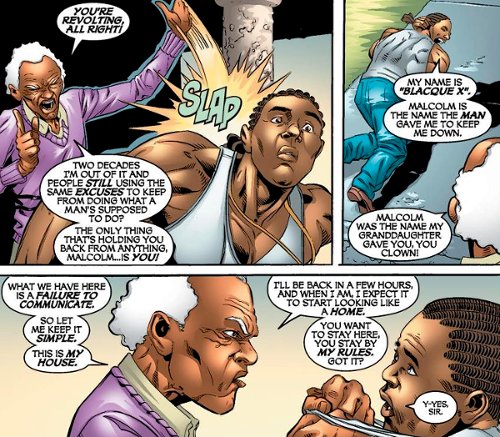 His home was still in the family, as his great-grandson, Malcolm was using the home as a gang-house. Malcom was calling himself “Blaque-X” and believed this was a way to fight the “man” from keeping them down. Rutherford threw his great-grandson and his gang members out of his home, telling Malcolm that, if he wanted to stay, it had to be by his rules. [Alpha Flight (3rd series) #7-8]

During this time, Centennial also tried to strike up a friendship with Nemesis, bringing her a home-cooked meal, despite her telling him that she was the living embodiment of the Spirit of Retribution and that she no longer required food. Nevertheless, he left the food with her, pointing out that he had asked if she wanted to eat the food. [Alpha Flight (3rd series) #8]

In a convoluted series of events, the all-new, all-different Alpha Flight team were sent one-by-one back to the past to prevent the death of an associate of the original Alpha Flight's. To get to the past, the heroes were stabbed by Nemesis' very own sword and traveled to a weigh-station between life and death, before they reached the past. 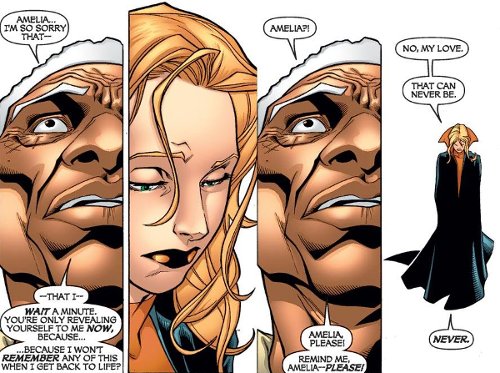 In the weigh-station, Centennial found himself much further back in the past, where he was reunited with the love of his life, Amelia Weatherly – who was revealed to be Nemesis. Centennial realized that Amelia was only revealing that she was also Nemesis to him now, because he would not remember this when he returned to life. [Alpha Flight (3rd series) #9-10]

Following the time-travel adventure, Alpha Flight was re-organized when the original team returned from space. Centennial was not part of this team. In circumstances not entirely revealed, Centennial passed away, presumably due to his old age. He was buried alongside Nemesis, who it can be assumed no longer needed to live, now that she and Centennial were reunited. The two were buried next to each other, implying that at least one other person knew of their relationship. However, it is also entirely possible that their deaths have not yet occurred. At any rate, if they are now dead, at least they are at peace together.[Alpha Flight (3rd series) #12]