In the Marvel Zombies universe, Fabian Cortez and the Acolytes were among the few survivors of the Hunger plague. Their isolation on Asteroid M kept them safe as billions died on the Earth below. On one excursion to the planet in search of their missing lord Magneto, Cortez and the Acolytes found the surviving Black Panther and brought him back to their sanctuary as well. Years later, they returned to the surface to repopulate the planet after all the zombies were gone. Cortez and Panther vyed for leadership of the colony and, while T'Challa ultimately won, Fabian passed on his ambitions to his son, Malcolm Cortez.

In the X-Men Forever reality, Chris Claremont picked up the story of the X-Men shortly after the events of X-Men (2nd series) #1-3. With the help of S.H.I.E.L.D., the X-Men were pursuing Fabian 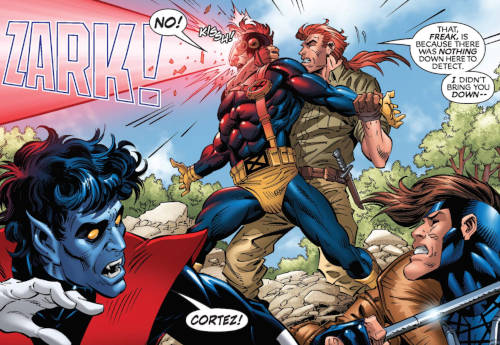 Cortez for his attack on Magneto and the human population. Cortez got the drop on the X-Men and, by turning their powers against them, managed to hold his own for a time against the entire team. Fabian Cortez was eventually captured and turned over to S.H.I.E.L.D., but corrupt agents within then gave him over to the anti-mutant Consortium. Eager to exploit the "burnout" (that reality's phenomenon where mutant powers cause people to physically give out and die early), the Consortium thought Cortez's powers were rife with potential to weaponize the concept. Weeks later, Cortez was rescued by Nick Fury and the X-Men, but was on the verge of death due to the experimentation he was forced to endure. Cortez died in X-Men custody shortly thereafter.

In What If? (2nd series) #64, Tony Stark chose not to begin a super-hero career as Iron Man after returning from capitivity overseas. Instead, he marketed his Iron Man technology for military 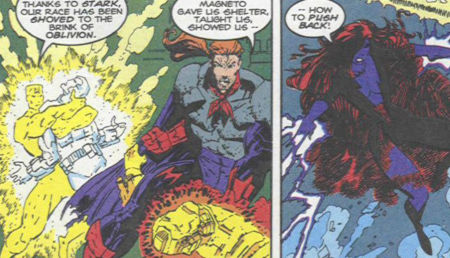 use, home guard law enforcement, and medical developments. However, the mass distribution of Iron Tech ultimately meant that others gained access to his work. Super-villains became more technically proficient, and America's Sentinel program rapidly threatened mutant lives with the addition of Tony Stark's innovations to their robots. Fabian Cortez and the Acolytes assembled under Magneto to strike back, battling both the X-Men and the StarkTech Sentinels that threatened mutant lives.

When Magneto was given officially recognized status as ruler of a mutant colony on Avalon in What If? (2nd series) #85, he thought that would be the end of mutantkind's problems. Instead, divisions grew between his Acolytes, with Exodus leading the isolationists who wanted to take 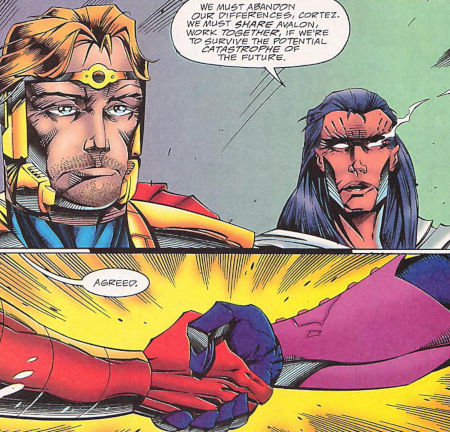 Avalon to the stars and away from the taint of humanity on Earth, while Fabian Cortez's annihilationists wished to return to Earth, eliminate the humans, and reclaim their homeland. These concerns became secondary after the birth of Acolytes Skids and Rusty's first child, who registered as Homo Ultima, the next stage of humanity beyond even mutants. Cortez and Exodus united their factions in fear of being usurpted, leading to the death of the child. In the aftermath, it was revealed that Magneto engineered fake genetic scan results for Homo Ultima, sacrificing the child in order to bring unity among his Acolytes again.