During House of M, reality was altered to create a world where mutants were the dominant species. Captain John Greycrow demonstrated a better service record in the Armed Forces when the service was to the House of Magnus. Greycrow appeared as captain of the S.H.I.E.L.D. Helicarrier before being telepathically subverted by Emma Frost. 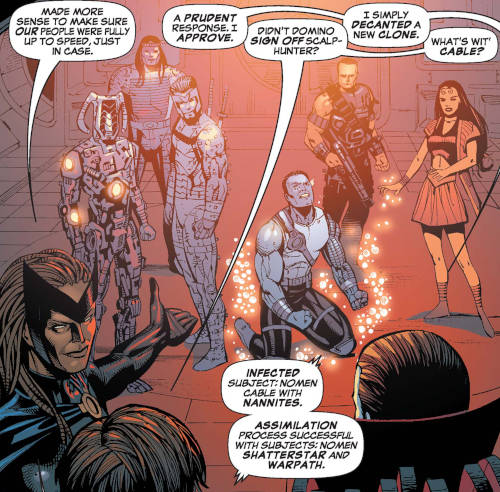 In X-Men: The End, Scalphunter was still a member of the Marauders under Sinister's control, the last of the old guard serving with an entire new set of murderers like Shakti, Shaitan and Technarx.

The Marauders ambushed X-Force for Sinister and succeeded in not only capturing Cable, but drew Apocalypse out of hiding in his secret host body, Irene Merryweather. Apocalypse was killed but Scalphunter died as well at the hands of Domino. Undaunted, Sinister simply decanted another clone and returned Scalphunter to duty.

In the X-Men Forever timeline, Chris Claremont got the chance to use various plot ideas he had intended for the X-Men in the 90's before leaving the title. Among his revisions were Sabretooth joining the X-Men after the death of Wolverine, and Nathan Summers growing up with his father instead of being sent into the future. Mister Sinister was also revealed to be an immortal mutant boy who used an artificial body to disguise himself. Sinister guided Scalphunter and the Marauders in trying to retrieve young Nathan for his purposes, but was opposed by the X-Men and the Starjammers. Scalphunter and his cronies were killed by Corsair, revisiting the idea that the Marauders were always cloneable and disposable for Sinister's purposes. 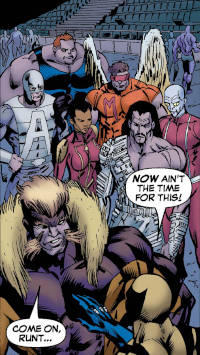 The Days of Future Now timeline showed a world where the Weapon X Program led the proliferation of Sentinels towards creating the dystopian anti-mutant future the X-Men had always feared. Scalphunter left the Marauders behind and joined his former colleague Sabretooth as a member of Creed's new Brotherhood.

All the various mutant groups put aside their differences to work under Magneto as a united resistance to the Sentinel program. Scalphunter survived even past Magneto's execution, taking part in the final charge by Wolverine and the mutant forces against Sentinel headquarters.