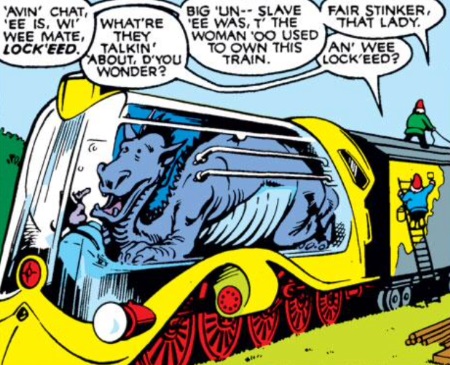 When Excalibur found a train being used by alternate Nazi-versions of themselves they discovered that a giant female version of Lockheed was being used to power it. The team were forced to use the train to jump from reality to reality in their cross-time caper, trying in vain to get home. Since she had been treated like a slave for years, when Excalibur finally got back to their home reality they freed her from her confinement. She later went on to fall in love with Numbers, a bug-like member of Technet, and she had a swarm of babies with him.

During Excalibur’s cross-time caper they landed on a world where Lockheed, and the other members of his race, were almost human-like and could talk. As a part of the Dracic Confederacy, Lockheed was a skilled and noble warrior and he immediately helped Kitty and Rachel when they were in need of help. Once the rest of Excalibur had been located the team decided to help out the world by holding a tournament to find the champion that the world so desperately needed. Lockheed entered and became a firm favourite due to his strength and honour. After helping stop an assassin that had been sent to kill Excalibur, Lockheed went on to become joint winner with a woman named Kymri and proudly stood as the world’s champion alongside her.

On the Battleworld domain of Years of Future Past, Lockheed had been attacked by radiation-based weapons that had mutated him as well as damaged his eyesight. Now the size of a 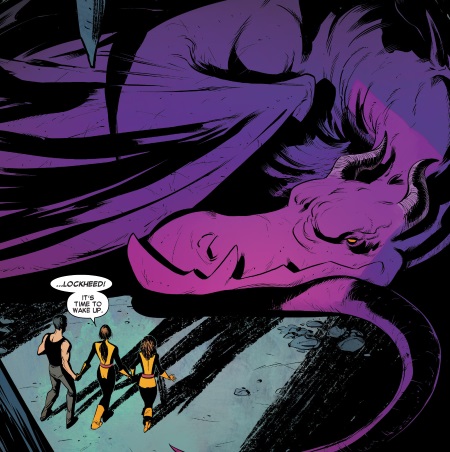 building he resided in the tunnels beneath New York, protecting one of the only free groups of mutants left. When Kitty was on the run from some Sentinels she came to the tunnels for refuge, but the Sentinels followed her. Kitty enlisted the help of Lockheed who flew to the surface and took on the giant robots himself. Despite being half-blind he proved to be a powerful weapon and he even managed to get Senator Kelly out of the carnage, allowing the politician to tell the world what had happened.

On the Battleworld domain of K’un Lun, Lockheed resembled a green tradition Chinese dragon. Along with Kitten he lived in the sewers beneath the city with a group of other outcasts. When Shang Chi, the Emperor’s disgraced son, came along, the outcasts pleaded with him to join them and take part in a tournament that would determine who the new Emperor would be. Shang Chi won thanks to the lessons he learned from the outcasts and Lockheed, along with the rest of the group, found himself a part of the royal court. 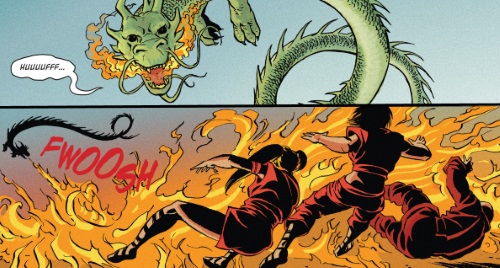 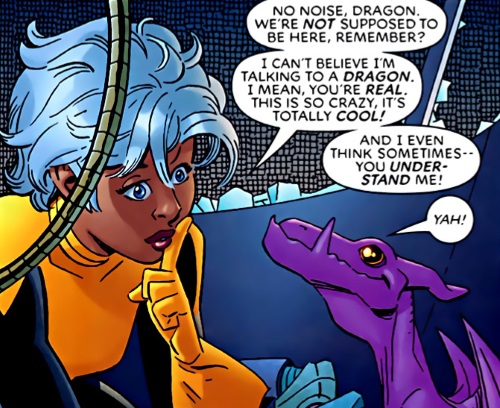 In the X-Men Forever timeline, Lockheed followed Kitty after she moved back to the USA and rejoined the X-Men. He soon bonded with Lil' Ro, a child version of Storm, and he followed her around everywhere, acting as her friend and bodyguard. The two became inseparable and he would often help her out on missions, such as saving her from a Malice-possessed Hepzibah.