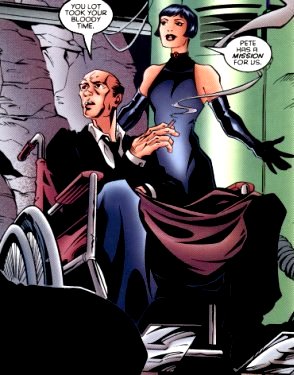 In an alternate future timeline not unlike the Days of Future Past, Pete Wisdom was the coordinator for Excalibur. With Kitty having left him and gone back to the States to marry Colossus, Wisdom remained in England away from the worst of the Sentinel takeover in America. His past with Black Air caught up with him, and they crippled Pete for life. Karma of the New Mutants acted as his nurse and caretaker. Her developed possession power enabled Peter to remain in psychic contact with the Excalibur members when they went out on a mission. What happened to Wisdom after Excalibur was killed on their final mission is unknown.

In the House of M reality, Peter Wisdom acted as the professional private secretary for King Brian Braddock, the super-powered monarch of England supported by Magneto and the House of Magnus. His mutant abilities meant that Wisdom doubled as a bodyguard for His Majesty. Peter's first duty was to Brian and the crown, and he fought in defense of the king against agents of the House of M and even a scuffle between Brian and his royal sister, Elizabeth.

In the Age of Apocalypse, Pete Wisdom was active in England during Logan's rule as Weapon Omega. The mutants of England were largely self-governing, but still subject to Weapon Omega's dictates and rules. Pete worked with Emma Frost, formerly of the Human High Council, to save as many humans as they could from the Apocalypse Cullings, but even an ocean away it was a losing struggle. Pete provided some support to the Red Prophet and his X-Terminated when they came to Europe looking for von Doom and the Richards diaries. 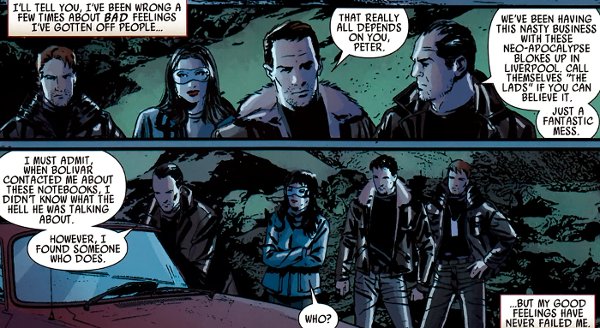 Pete Wisdom in the Ultimate universe was that world's version of the Leader. A high-ranking member of British intelligence, Pete objected to England abandoning all super-soldier efforts of their own in order to fully collaborate with the EU's European Defense Initiative. 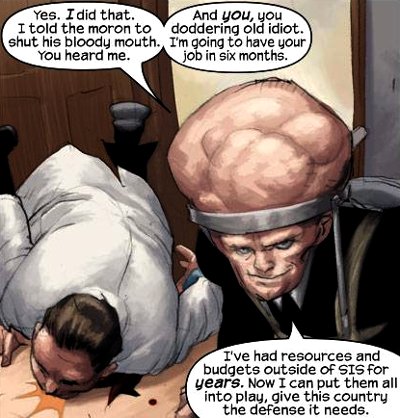 Pete believed it was essential for Great Britain to have their own homegrown super-soldiers for covert ops, and begged his boss the Joint Intelligence Chair for a chance. With only a few weeks before his deadline, Wisdom rushed his scientists to produce a super-soldier formula and subjected himself to the procedure.

Wisdom's brain matter was horribly mutated and enhanced by the process. Driven insane, he dropped out of sight from British intelligence, and began formulating his own power base. Wisdom seized an opportunity to capture Tony Stark and Bruce Banner, hoping to combine their nano-tech blood and Super-Soldier genes to improve his own condition. Unfortunately for Peter, he failed to properly contain Banner, and died fighting the Hulk and Iron Man.