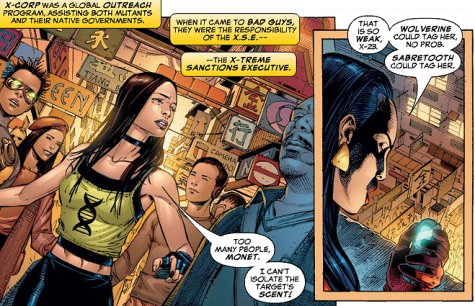 In the future depicting the The End of the X-Men, X-23 had left the main body of X-Men and joined the X-treme Sanctions Executive (XSE). However, when many of the X-Men’s enemies succeeded in detonating a bomb at the mansion, X-23 joined with some survivors to track down them down to one of Sinister’s bases. There she was caught in an illusion of Lady Masterminds in which she lead an idealistic life where she was in a relationship with Fantomex and they had a child together. After the illusion was broken, the team escaped and eventually were sent into space to fight Cassandra Nova. During the final showdown, many of the X-Men were killed but X-23 was one of the few survivors. Beast, a fellow survivor, decided to rebuild the school and X-23 joined him as part of the teaching staff. She was tasked with training the next generation of kids in the art of combat. 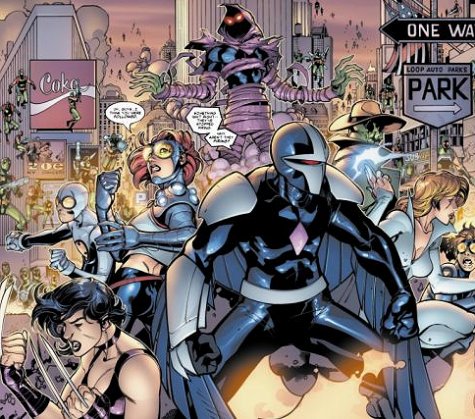 In an alternate reality shown in Marvel Team-Up (3rd series) #15-18, X-23 had joined a rag tag team of misfits nicknamed the League of Losers. When the time-travelling Chronok came to the past with an army, killing most of the historically famous heroes and leaving the Earth defenseless, it was only the lesser known heroes who didn’t show up on historical records that managed to survive the onslaught. Among the survivors, X-23 joined Arana, Speedball, Darkhawk, Gravity and a few others to fight Chronok. The group managed to get hold of Chronok’s time machine and traveled to the future, arriving one month before Chronok stole the time travel device from Reed Richards and used it to travel back in time. Over the following month, as the team trained in preparation, X-23 and Gravity grew closer. When the time came to fight Chronok, they managed to kill him and prevent his mission to the past, but as a result the “League” was now trapped in an alternate future. X-23 decided to embrace living in the future, as well as her relationship with Gravity. 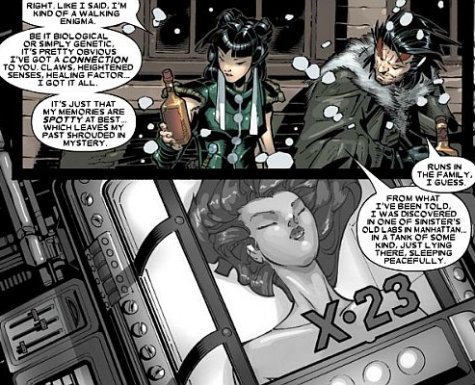 Though Laura Kinney does not seem to exist in the Age of Apocalypse reality, the designation of X-23 was given to Kirika, the daughter of Weapon X (that realities’ Wolverine) and Mariko Yashida. Weapon X and Mariko had met many years before and parted ways without him knowing she was pregnant. Somehow, Kirika ended up in the hands of Sinister and, after the downfall of Apocalypse, she was found by Magneto, who soon deduced her parentage and brought her back to the X-Men for training. After training and learning of her father, Kirika made a deal with Magneto that she would retrieve Weapon X, who had left the X-Men, and in return he would coat her claws in Adamantium. She eventually succeeded and even helped locate the resurrected Jean Grey. Afterward, Kirika decided it was time to move on and headed to Japan with the Silver Samurai.

When the Celestials returned to Earth, intent on kickstarting Earth’s “stalled evolution, Kirika rejoined the X-Men in a bid to combat her father, who had been transformed by the space gods into their servant, “Weapon Omega.” Things took a surprising turn when Wolverine and his X-Force squad crossed realities in search of a life seed. After an initial skirmish with the X-Men, the two teams joined forces. The alternate reality Wolverine took the opportunity to bond with Kirika, as he saw her as the daughter he never had. Unfortunately, Kirika was killed during their mission by her own father. While Weapon Omega was remorseless at murdering his own child, Wolverine mourned the loss of the girl he only just met. 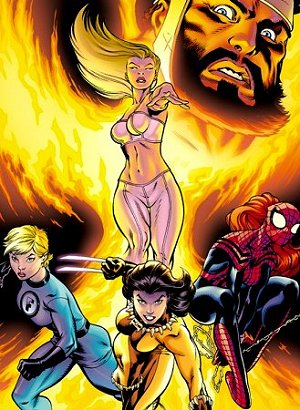 In The Incredible Hercules #124-125, the Amazonian Artume killed her mother and usurped the leadership of the tribe. As such, she managed to earn the fury of Hercules and his allies. Artume managed to get hold of an omphalos, a powerful stone artifact, and with it she recreated reality to her desires. In the new world, it was the women who were the dominant force, to such a degree that all the Avengers were women. X-23 was one of them, although she was going by “Wolverine” instead. Hercules had managed to survive the change but he was quickly taken down by the Avengers. Artume’s schemes were ultimately thwarted and the reality was put back to the way it should have been. 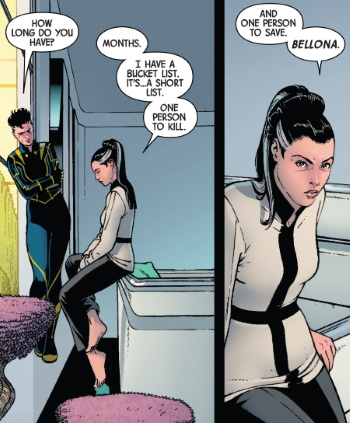 At some point in a not too distant future shown in All-New Wolverine #33-35, Laura had taken over control of Madripoor and was chosen by its citizens to be their Queen. She fell in love with Hellion but lost him during the Doom World War, an almighty battle instigated by Doctor Doom. Afterwards, the world entered a new peaceful era and the Laura allowed herself to take a step back from super-heroics. Soon enough, she received word from her doctors that her genetic structure was breaking down, due to an imperfection in the cloning process that created her. Realizing she was dying, Laura decided she couldn’t leave the world without finding her clone Bellona and killing Doctor Doom once and for all. Assembling a team that included her other clone Gabby, she broke into Latveria to find Bellona. After confronting Doom, she realized that she had been tricked by him, as he attempted to implant his mind in her body. However, he didn’t know about the genetic breakdown and was forced to abandon Laura’s body, only to find she had destroyed his original one in the meantime. After Laura had achieved her goal of killing Doom and freeing Bellona from his prison, she resigned herself to her fate. Gabby was not so pessimistic and vowed to do anything and everything to find a cure for her condition.

In the Venomverse, Laura grew up in a Facility lab but was accidentally exposed to a symbiote on one of her attempts to escape. Bonding with the symbiote, she was able to escape the lab, 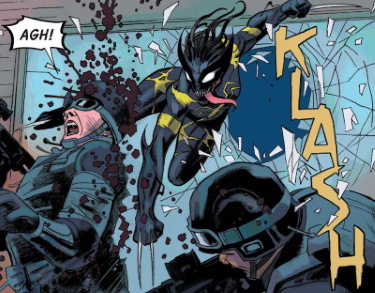 where she took on the name Venom. She took up residence in a disued bank and soon joined up with a group of teens who had nowhere else to go. Despite the symbiote's influence, Laura tried not to harm or kill people, but that proved difficult when the Facility agents tracked her down. Whilst battling against the Facility, she was teleported away to another reality to fight in a war alongside other Venomised heroes. The heroes fought against a race of aliens called Poisons, and whilst many of the other "Venoms" died in the ensuing battle, Laura survived. She was eventually returned to her own reality where she continued her fight with the Facility.