Omega Flight II was assembled by the self-declared Master of the World to engage his enemies in physical battle. Although he knew himself to be far more powerful than his minions, he considered actual combat to be a task for lesser beings. 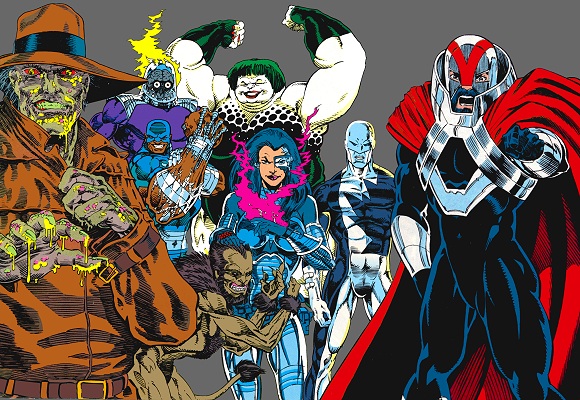 Powers: reduced to a super-advanced human brain, with psionic scanning powers and the ability to cloud the minds of others, mechanical exo-suit

Powers: acts as a repository for various strands of lethal viruses and diseases to which he is immune, but can release into others through glandular secretions, either his sweat or saliva

Powers: volumous body enhances her strength and durability, feed extra-dimentional molecules into her own physical structure, multiplying her body mass to increase her weight and strength