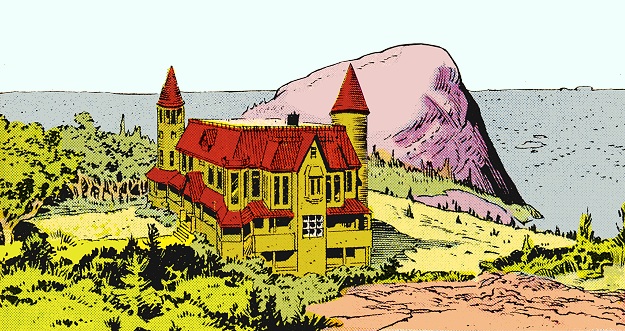 Description
Tamarind Island is a small piece of land on the straits of Juan de Fuca, off the southern tip of Vancouver Island. Situated on the lush island is a sprawling mansion, built around 1896, which temporarily was used as headquarters by Alpha Flight. The island itself is very beautiful - lush and green during the summer and serene and white (albeit somewhat eerie) during the winter.

Tamarind Island contains a mix of clearings, mostly around the mansion, while the outer parts of the island are covered in dense forest. The island is not entirely flat - it is mostly sloped, with a large rock formation located on one side of the island. A small dock for boats and water-planes can be found on the edge of the island. A beach is contained on the island outer.
History
In the late 19th century, Tamarind Island somehow became the property of Lillian von Loont, an alchemist involved with Diablo. She arranged for the mansion to be built around 1896. Lillian did not have much to do with the rest of her family and vanished just before the Great Depression, around 1929. Several years later, she was pronounced legally dead and both the mansion and the island were passed on to her nephew. When he died, it was passed on to his daughter and, eventually, his grandson - Walter Langkowski.

Walter did not spend much time at all on Tamarind Island as a child, as the island was too far away for his city-loving family. The one time his family visited the island, to see what they were paying so much money in real estate tax for, his mother took an instant disliking to the mansion and, coupled with the rumors the mansion was haunted, they never returned. [Alpha Flight (1st series) #20]
A Golden Opportunity
When Walter Langkowski received word from Heather Hudson that she was attempting to re-start Alpha Flight in honor of her late husband’s dream, he remembered the island and mansion that he 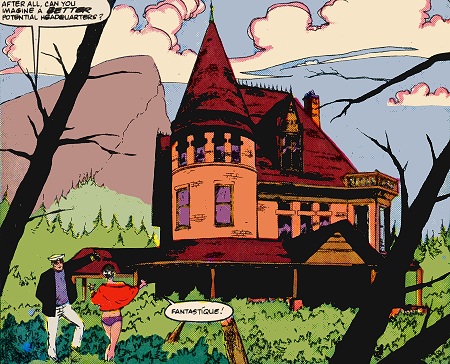 inherited from his mother but had not visited in years. Walter took Aurora to visit the island with the idea of using it as Alpha Flight’s new base of operations. While exploring the mansion, Walter and Aurora found it odd how the building appeared in excellent condition.

Despite the fact no one had apparently visited in years, the mansion appeared as if someone had been living in it. As the couple soon found out, someone was indeed living there - Walter’s great-aunt, the original owner of the island - Lillian von Loont a.k.a. Gilded Lily. This led to an altercation, as Gilded Lily sought to use Aurora as a new body for herself. Luckily, the two heroes managed to survive the ordeal, though part of the lower basements where Gilded Lily had her laboratory were destroyed during their battle. [Alpha Flight 1st series) #20-21]

When the Canadian government decided to re-fund Alpha Flight and to support their nation’s premiere heroes, the mansion became known as Mansion Alpha, and was refitted and refurbished with all the modern technology and comforts needed for a super team. Sadly, Sasquatch had died prior to this happening, so he was not present when Heather, Northstar,

Aurora, Puck, Box and their ally Madison Jeffries moved into Mansion Alpha. Snowbird also had permanent residence at the mansion but was spending a lot of time with her lover, Doug Thompson. What Alpha Flight did not know, however, was that Gary Cody, their government liaison had their new home bugged so he could spy on them. [Alpha Flight (1st series) #30, 39]
Mansion Alpha
First Floor: The first floor of the mansion contained the general every-day living rooms that most houses contain. A grand foyer led to the center of the mansion, where the staircase to the upper levels was situated. The staircase and foyer surrounding it were the center of the upper levels also. A large living room took over one corner of the floor, but there were plenty of other rooms for the Alphans to relax in away from their teammates - a large library, a game room and a day room. A large formal dining room was connected to the kitchen. A small computer room and business office completed the first floor, while one of the “towers” acted as an elevator between the sub-levels and upper levels.

Third Floor: The third floor contained a large bedroom for Snowbird, as well as rooms for Marrina and Shaman, even though they were not active members of the roster when Alpha Flight moved into Tamarind Island. The third floor also contained a small study and several guest rooms, as well as the med-lab and the infirmary. Possibly the Purple Girl, Manikin and later on Sasquatch took up residence in these guest rooms, or in the rooms that formerly belonged to Snowbird, Shaman or Marrina.

Sub-Basement - Level Two: The second sub-basement contained the workshop and laboratory where Roger Bochs and Madison Jeffries did their work and research. These laboratories were originally used by Gilded Lily in her alchemist projects. A large store room that contained machinery for the training room operations was also housed here. A hydraulic lift was stored on the second sub-basement as well. Additionally, a launch tube for Box to move between the floors was installed throughout every level, as he was too big to fit through regular doorways.

Both sub-basements also contained an elevator platform to the nearby gazebo, which doubled as the hangar bay for Alpha Flight’s jet.

Home is Where the Heroes (and Villains) are
During Tamarind Island’s time as Alpha Flight’s home and headquarters, the island and Mansion Alpha were stage for several significant events in 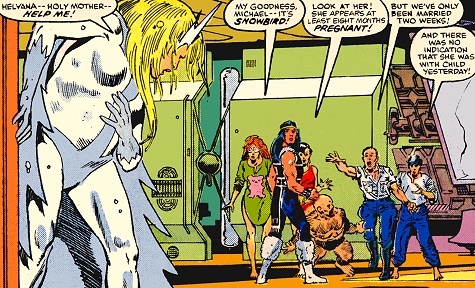 Alpha Flight’s history. Such examples include Heather Hudson donning the Vindicator battle suit for the first time, the team learning of Snowbird’s pregnancy or the induction of Madison Jeffries into Alpha Flight as an official member. A clearing close to the mansion became the burial place of Snowbird, her husband and their son.

Mansion Alpha was also the battleground for several fights. The first notable battle at the mansion involved the team going up against the Black Razer, a demon that Puck had confined within his own body. The ghost of Gilded Lily briefly haunted Mansion Alpha when she once again attempted to take over Aurora’s body. Another significant fight took place between the returned spirit of Walter Langkowski, operating the Box armor, and Pestilence, who had reanimated Snowbird’s albino Sasquatch form. In the process, Pestilence’s essence was expelled and Walter transferred himself from the armor into Snowbird’s soulless body.

Despite their new headquarters, Alpha Flight was still prone to in-fighting and, when Roger Bochs descended into madness, he battled the entire team and eventually was forced out of the Box armor by Madison Jeffries, his best friend. Around the same time, an 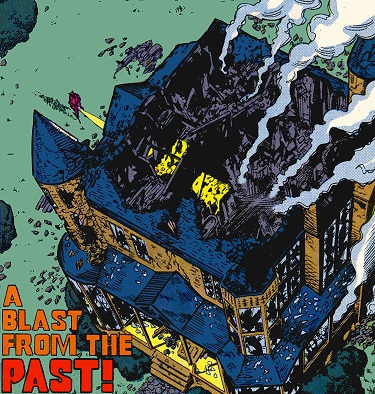 all-new Beta Flight training squad was being formed, beginning with the Purple Girl and Manikin. Shortly thereafter, when all original Alphans had left and only Vindicator, Madison Jeffries and the white-furred Sasquatch remained, Gary Cody wanted to test their capabilities and organized a full-scale attack on Tamarind Island by the Canadian armed forces. [Alpha Flight (1st series) #32, 36, Annual #1, 41-42, 45-46, 51-52]

However, as Alpha Flight knew all too well, nothing lasts forever and the same was true for Mansion Alpha. The team was engaging in a training exercise when they were attacked by Bedlam the Brain-Blast, who easily defeated and kidnapped Alpha Flight and destroyed the mansion from the inside out. [Alpha Flight (1st series) #53]
Return to Tamarind Island
While Alpha Flight was traveling through space and alternate realm’s, Tamarind Island and Mansion Alpha was claimed as property of the Canadian government, which posted guards on the 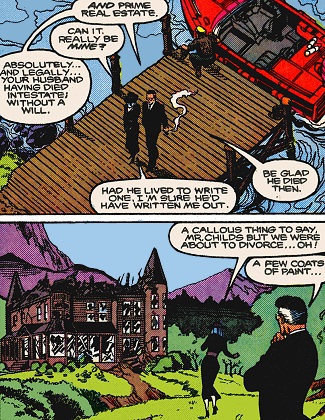 island. However, one day, an unexpected visitor showed up on Tamarind Island, claiming she was the rightful owner now. It was Veronica Langkowski, Walter’s estranged wife and widow. She took Tamarind Island for her own, given that Walter had died intestate without a will. However, the money-hungry former actress seemed disappointed that the mansion was in ruins. [Alpha Flight (1st series) #59, 61, 64, 68]

After Alpha Flight returned to Earth, a court hearing was held for Walter - now calling himself “Wanda” as he was trapped in Snowbird’s female body - to prove that he was alive and who he said he was. However, the judge ruled in favor of Veronica, as she was influenced by government agents who did not want Sasquatch to receive his fortune back, as that would have meant Alpha Flight would have been independent. Later, when Walter was returned to his male form, he was able to prove who he was and his fortune and, presumably, Tamarind Island was returned to him. [Alpha Flight (1st series) #61, 64, 68] Nevertheless, Tamarind Island and Mansion Alpha have not been seen or mentioned since.