The New Mutants have to save the amnesiac Asgardians and reality itself. Plus: cannibal-zombie Valkyries! 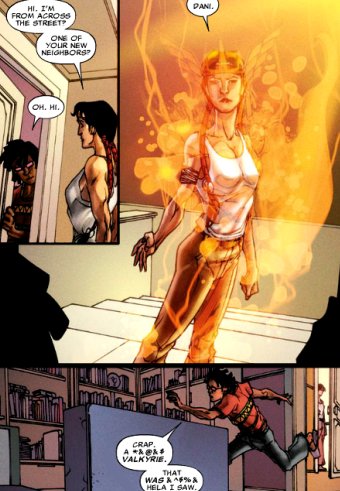 In San Francisco, the New Mutants’ neighbor, Zig, has kept on spying on them, as someone whom he believes to be Hela (actually her handmaiden, Leah) left a package at their door. When the New Mutants notice his constant surveillance, Dani confronts him about it. Zig can see her hidden Valkyrie nature and believes his foes have found him.

Making an excuse, he heads back to the living room and takes out his armor. With that, the Disir in Mephisto’s hell can sense him and are free to chase him.

Mephisto contacts Kid Loki in Asgardia, demanding that he return the Disir to him. Loki informs Thor, Sif and the Warriors Three about the emergency, while Leah informs her mistress Hela and her consort Tyr. Tyr has his Hel-pup take up the Disir’s trail. Loki tries the same with his own Hel-pup Thori, which is too unruly. However, Loki’s familiar, Ikol, which contains part of the essence of the former Loki, has an idea where the Disir might be.

When Dani sees the Disir appear in Zig’s living room, she calls the rest of the New Mutants. They arrive as do Thor’s and Hela’s groups. Zig stands revealed as Sigurd, the greatest Asgardian hero of Bor’s time. He casts a spell and all the Asgardians, including the Disir, disappear, leaving the New Mutants to wonder what just happened.

Suddenly, reality is being rewritten, which only X-Man and Cypher notice. They get a glimpse of what exactly has been rewritten when the mechanic who repaired their car turns out to be a now mortal Thor, who doesn’t remember his other existence. 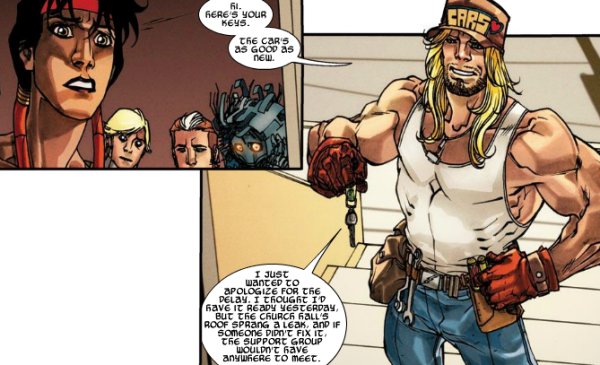 The mutants quickly find out that other members of the neighborhood are former Asgardians as well, among them a young mischievous boy named Luke, who lives with his foster mother Helen and his foster sister Leigh. Fandral has become a bar owner, Hogun a hairdresser, Volstagg a baker who mostly eats his own pastries. Sif teaches self-defense and Tyr is a homeless war veteran. 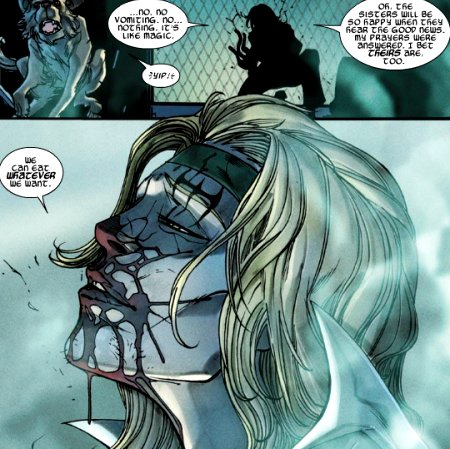 When the New Mutants run into Luke, they recognize him as Loki and try to make him remember his true identity. Eventually, they are successful and together the mutants and Luke confront Sigurd. He explains that the Disir have chased him for a long time, so he hid and bought a spell to protect himself. When he recognized Dani as a valkyrie, he lured the Disir to him and activated the spell, which caused all the Asgardians present to become mortal, including the Disir. The other Asgardians were collateral damage. He cannot revert the spell and suggests the mutants ask the sorcerer who gave him the spell, namely Loki (the old grown-up Loki, that is)...

Elsewhere in the neighborhood, Brun of the Disir (now a group of women with extreme food allergies) gives in to her hunger and realizes they can now eat anything without fear of punishment...

In the meantime, Loki tells the New Mutants how he created the spell for Sigurd that took everything Asgardian out of reality. The mutants uncomfortably note that reality is trying to reassert itself, which might lead to disastrous consequences, so Loki has to create a counter spell. To do so, Loki and the mutants gather ingredients from all the amnesiac Asgardians.

In the meantime, Brun returns to the eating disorder group, revealing that they can eat whatever they want and what they want seems to be human meat. The spell begins to wear thin as the Disir terrorize the streets. 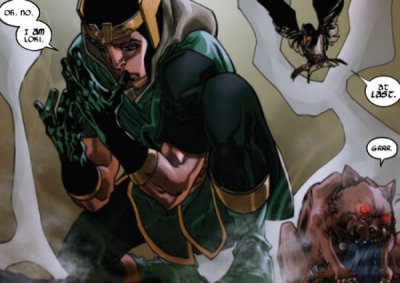 Loki casts his spell and nothing happens, because he is actually still Luke and considered the whole thing a role play of sorts. He and the mutants are in for a surprise when they walk outside and see the Disir attacking for real.

As the Disir attack the neighborhood, the New Mutants and amnesiac Asgardians try their best to stop them. Luke hides from the attack, still unable to believe that all of this is real. He is attacked by the homeless dog, who is his nemesis and recognizes him as his dog, Thori. As he remembers, he turns back into Kid Loki, with all his memories.

In the meantime, Dani cuts herself to lure the Disir away from normal people with her blood. Loki joins her and leads the chasing Disir to Helen and Leigh. Seeing Leigh threatened, Helen turns back into Hela. She deputizes Dani and gives her weapons to capture the Disir, which Dani passes along to the others. She notices the all the Disir flee, save for Brun, who enters Sigurd’s apartment and is more interested in confronting him. Dani and Loki capture her and Brun tells them the Disir’s true story.

Once, they were sworn to be Bor’s celibate shield maidens. Bor went hunting and one of his allies, the mercenary Sigurd and his men, came to visit. Sparks flew between the two groups, especially Sigurd and Brun, and the women decided to have sex with the men. They were surprised by the retuning Bor, who had been hunting for Sigurd, whom Brun helped escape. As punishment, Bor turned the girls into their current form. Their only possibility of breaking the curse was killing or marrying Sigurd, who didn’t even consider saving them. Angrily, Dani decides the Disir have to be helped and calls the spirit of Bor from Hel to administer the wedding between Sigurd and the Disir.

The ceremony begins. All the amnesiac Aesir, as well as Mephisto and the mutants, are wedding guests. Still, Dani feels this isn’t right, as the Disir are the victims, and are now forced to marry a man they despise. 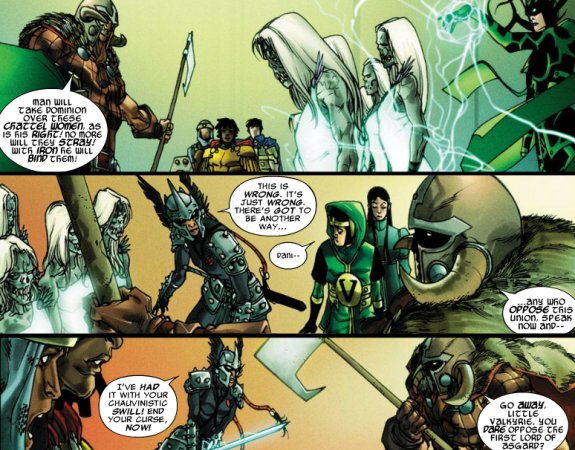 She finally openly insults and attacks Bor. The Disir join her. Having had enough, Bor teleports back to Hel, with the Disir and Dani giving chase. Loki and Hela return to Hel too. When Bor demands entrance into Hela’s realm with the Disir hot on his heels, Loki refuses to let him in. As he doesn’t want to become the victim of the Disir’s hunger for Asgardian souls, Bor is forced to lift his curse on them. 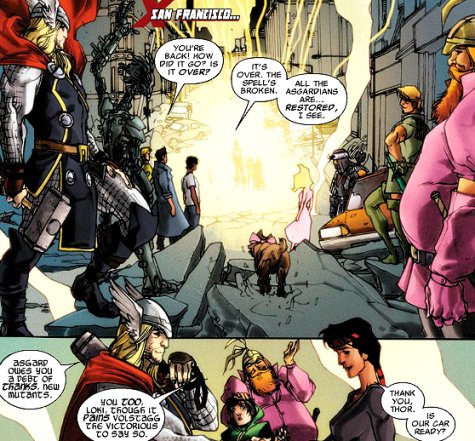 With the Disir freed, they accept the offer of becoming Hela’s Valkyries. Dan and Loki return to Earth, where the other Asgardians have been restored to their normal state. They thank the mutants and help clean up the neighborhood.

Elsewhere, Mephisto vows vengeance on Loki for not returning the Disir to him and ruining his chances with Magma, who now despises him. Sigurd has moved to Texas and joined a new firefighting crew. The Disir find him and tell him they can wait for their vengeance. They know the hour of his death and will be there...