In the real world, some of beaches of India, Bangladesh and Indonesia are home to ship graveyards. Great stretches of coastline are littered with the rusting bodies of ocean faring vessels that are eventually cut up and sold for scrap. In the Marvel Universe, there is a similar situation and, in the case of Chaparanga Beach, it is a graveyard for interstellar spaceships that have come to the end of their lives. 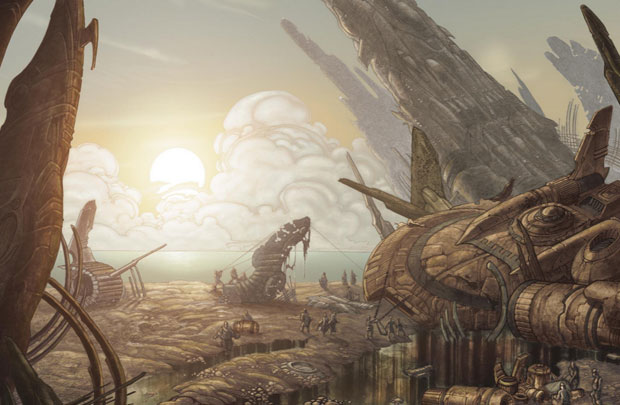 When the age of superheroes dawned on Earth, it sent a signal to the rest of the universe that the planet was ready to become part of the greater cosmic society. As a result, numerous spaceships have ended up on Earth; some of them came by friendly means but many were as part of invasion forces. Unfortunately, the ships often carry with them toxic materials and many of the planet’s governments have no idea of how to dispose of such unique machines. Most of the ships are sold off to private companies, where they are subsequently stripped of all valuable resources. The leftovers are then transported to Chaparanga Beach, where they are seemingly forgotten about. Given that many of the locals in the area live below the poverty line, the ships become a valuable asset to them. The Indonesian workers, as well as some aliens too, take every last scrap of technology out of the ships and then dismantle them, selling the parts back to their government. The process though is very messy and spills a lot of toxic waste out into the local environment. As a result, Chaparanga Beach has become one of the top five most dangerous places on Earth. [Astonishing X-Men (3rd series) #25]

Chaparanga Beach is fictional and does not exist in the real world. However, in the MU, its location is found somewhere among the thousands of islands comprising the Indonesian archipelago. 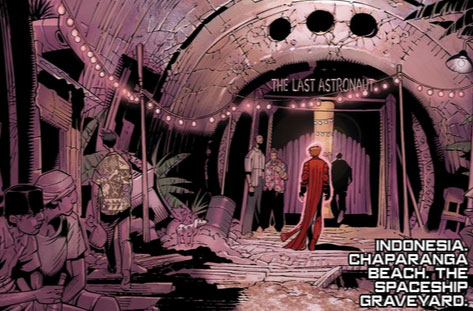 As well as the numerous spaceships littering the area, Chaparanga Beach also contains a shanty town that houses the local workers. A drinking establishment known as The Last Astronaut was set up in one of the broken ships and acts as a place for the locals to relax.

When the X-Men were alerted to a murder of an apparent mutant in San Francisco, they discovered the victim had been keeping meticulous logs of his killer’s activities. The X-Men managed to track the murderer to Chaparanga Beach, where he was looking to use one of the discarded spaceships as an energy source. Upon arriving at the spaceship graveyard, the X-Men were taken aback by the devastation the ships had created to the environment. They were even more shocked to see young children putting their lives at risk to salvage what they could from the rusting behemoths.

Emma Frost quickly managed to locate the killer, as he was the only one in the area not thinking in Indonesian. They found him in a functioning spaceship, trying to use the remaining power to activate a Ghost Box, a device that opens portals to other dimensions. Before they could stop him, the killer managed to turn the device on and so Storm decided to blow up the entire ship before it got out of control. Afterwards, the X-Men searched the wreckage and took the Ghost Box, leaving the citizens of Chaparanga to deal with the newly destroyed ship. [Astonishing X-Men (3rd series) #25-26]

When the Phoenix Force came to Earth and possessed five of the X-Men, it seemed that Hope Summers was the key to resolving the situation. The Avengers managed to ferry her away to parts unknown, leaving the X-Men to scour the globe looking for her. Wolverine had sided with the Avengers, and so Rachel Summers made it her mission to track him down to discover the location of Hope. 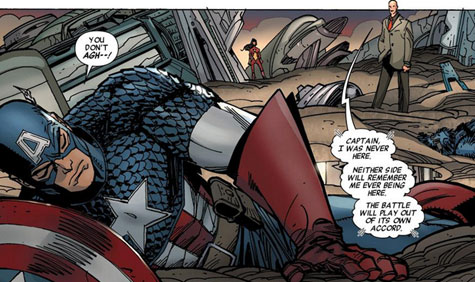 After chasing him across the planet, she eventually found him in Chaparanga Beach, in a bar known as The Last Astronaut. However, Wolverine had allowed her to find him, as it was all part of a trap set by the Avengers. Rachel confronted him but, when he lashed out at her, he realized she had set a trap for him in return. The X-Men and Avengers fought until Rachel managed to locate Hope amongst the chaos. When she found the young girl, she discovered that it was actually Professor X manipulating her into believing Hope was there. Rachel angrily confronted him for siding with the Avengers against his own students. When she attacked with her telekinesis and blew up a large spaceship, Xavier decided to end it. He put everyone on the battlefield to sleep and told Captain America that he didn’t want to be a part of the fight anymore. He altered Rachel’s memories into making her believe Hope was there all along but she had allowed the young girl to walk free to follow her destiny. [Wolverine and the X-Men (1st series) #12, Avengers (4th series) #29] 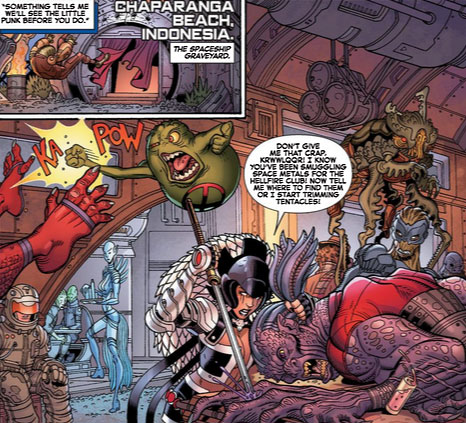 A few months later, Doop and Warbird visited The Last Astronaut looking for some missing students who had defected to the Hellfire Academy. One of the alien scrap metal merchants, Krwwlqqr, had ties to the Hellfire Club and was forcefully persuaded to tell all he knew about them. [Wolverine and the X-Men (1st series) #32]