For years, the X-Men had operated out of the X-Mansion located in Westchester, New York. Other than a brief stint in the Australian Outback, the X-Men had always called this home. That was until the first mutant since M-day was born. In the intervening hours, there was a mad scramble by various factions, X-Men included, to control the baby. During the final showdown, Xavier was seemingly killed and the mansion was destroyed. After suffering such bitter losses, Cyclops saw no way forward for the X-Men and he disbanded the team, letting the various members go their own ways. After some time off, Cyclops decided to re-assemble the X-Men but he wasn’t sure how or where. His answer would almost drop into his lap. Martinique Jason, the daughter of the villain Mastermind, had cast an illusion over San Francisco, making them believe it was the 1960s again. After Cyclops and a small team freed the city from the illusion, the mayor invited the X-Men to live there. San Francisco was seen as a place which was more tolerant to the mutant plight. 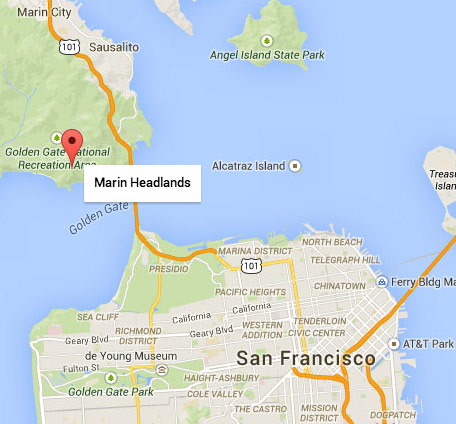 It was soon decided not to have the base within the main city of San Francisco. Rather, the Marin Headlands were selected for a number of reasons. It was difficult to get to, it was built to military specifications and it was not densely populated. The Marin Headlands themselves are a spit of land coming off the coast from San Francisco, California and is linked to the mainlaind by the Golden Gate Bridge. In its history, the area was used to conduct military operations, and as such a number of abandoned military buildings and bunkers litter the area.

FACILITIES
The surface level of Graymalkin Industries was relatively benign compared to what was under the ground. Cyclops designed it to look more like a community center or an embassy. The only other surface structures belonging to the X-Men were the entrances to the tunnels from which the Blackbird jets were deployed.

Three miles below was where the real X-Men base was located. As they were using reclaimed buildings, the space was already there, they were just fitting it with everything they needed. As they were building it from scratch, they had the opportunity to try and make everything as environmentally friendly as possible. The base’s power came from solar arrays, as well as hydrokinetics within the bay itself. It was intended that the base would start paying out into the power grid again within a year.

As well as the tunnels for the Blackbird jets, the base also had a series of tunnels that spread out under the bay area of the city. Using more conventional transport, they could be downtown within ten minutes if they needed to be.

The base itself was designed with much of the same facilities as the X-Mansion. All the equipment within was state of the art and utilized holographic display screens amongst other technology.

[Click on the thumbnails for a larger version of each blueprints. All blueprints from the Astonishing X-Men Sketchbook.]

The following facilities could be found within the base: