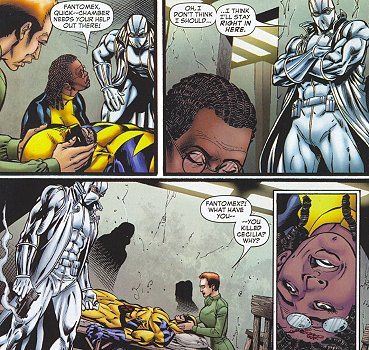 In a variation of the alternate future timeline known as Days of Future Past, Cecilia was revealed to have survived the horror of Neverland. 24 years in the future, she was a member of Excelsior alongside other Weapon X refugees, with Chamber being their leader. Another six years later, Cecilia accompanied Wolverine and his team to infiltrate the Sentinel HQ to free Rachel Summers, their only hope to change the past. While Wolverine’s mind was sent to the past by Rachel, Cecilia and Fantomex stayed behind to guard Rachel and Wolverine. However, at that point Fantomex revealed himself to be Sublime in disguise and killed Cecilia, so that he could sabotage the X-Men's plan to alter the past. 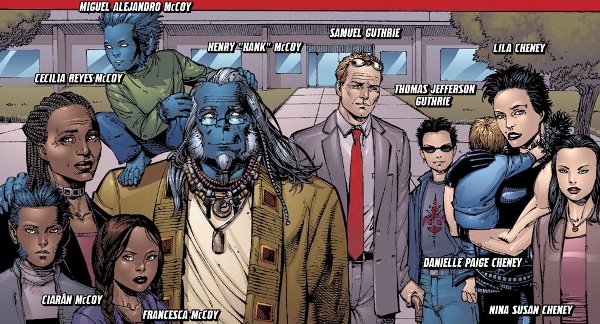 In X-Men: The End, as the mutant population dwindled, losing their powers at exponential rates, Cecilia and Beast worked with the Mutantes Sans Frontieres and set up a makeshift hospital camp. In this timeline, Cecilia & Hank were married and together they had three children: Ciarán, Francesca, and Miguel McCoy. The Xavier institute was run by Cylcoy, who with Storm led  their respctive teams into battle, while Cecilia and her husband stayed behind to care for the wounded at the Xavier Institute infirmary. While it's not known how, Cecilia had also developed the ability to fire energy beams, though rarely relied on her powers. 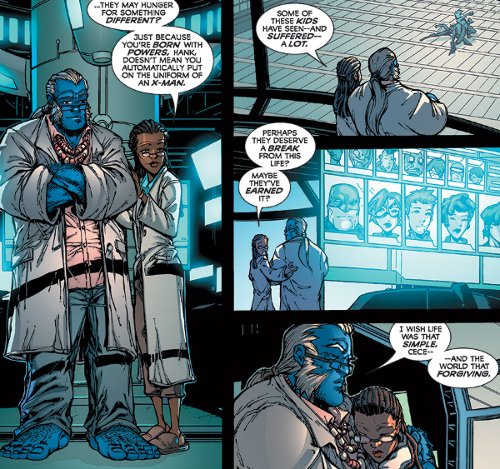 At a later point in this timeline, Hank became Dean of Students, and Cecilia remained with him at the Xavier Institute. Cecilia and Beast discussed the possibility that the third generation of X-Men might not want to put on a uniform and while Beast tagged along with this new generation of X-Men to guide them, she stayed behind but always in constant communication.

During the Age of X, Cecilia Reyes was part of the Underground Railroad, led by Forge, to move mutants up to Canada, where they would be safe from humans. After word of Magneto’s supposed death spread, the Underground Railroad was targeted by humans as one of the last mutant resistances. As they were beleaguered in New York’s Chrysler Building by Colonel Graydon Creed’s forces, Magneto levitated the skyscraper and surrounding steel-heavy buildings to a new location, with the Underground Railroad resistance and some runaways inside. The new city became known as Fortress X, a safe haven and defense stronghold for mutants everywhere.

Following the events of The Gathering of the Twelve, Cecilia helped Moira MacTaggert in her infirmary to look after the many bed ridden mutants that had been hurt by Apocalypse’s Horsemen who had been hunting the X-Men. Two of the of Horsemen, Caliban/Pestilence and Ahab/Famine, find the infirmary and attempt to kill all within, however Cecilia is able to fend them off with her powers until Excalibur arrive to help.

In the Secret Wars Battleworld known as Inferno, Cecilia defended the X-Mansion with the rest of mutants against an attack by the Goblin Queen’s demon horde. After being defeated, the mutants retreated to the the subways tunnels below New York, where Cecilia tended to the wounded mutants.