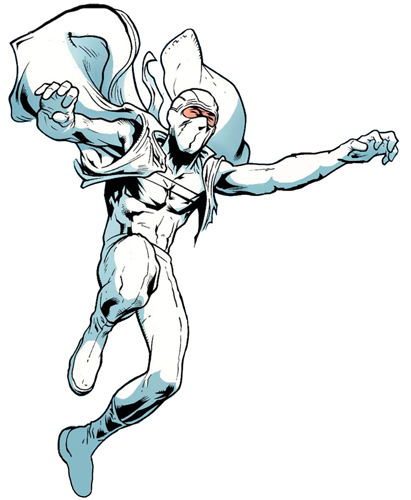 1) Fantomex maintains an all-white body suit, combined with a white trenchcoat because it looks cool. He has holsters for his hand guns strapped around his chest and shoulders, hidden by the coat. Fantomex's balaclava covers his entire head except for an opening around his eyes shaped for a set of goggles. His mask is almost constantly on, due to the benefits of its telepathic dampening plates, protecting his thoughts from unwanted intrusion. [New X-Men (1st series) #128]

2) Working with X-Force, Fantomex added black highlights to his costume. He now had black gloves, boots, and belt, with jagged black lines traced onto his chest, leggings, and coat. His balaclava retained its telepathic dampening plates, plus a mostly black skullcap. [Uncanny X-Force (1st series) #1] 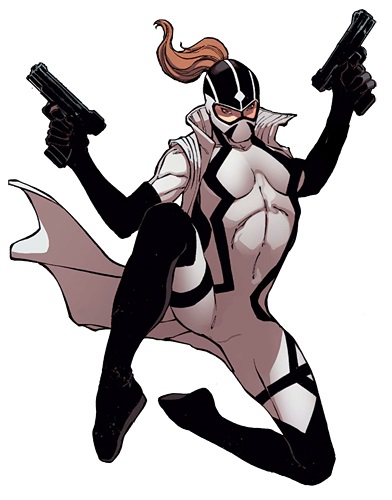 3) When his three brains were split into three separate bodies, Fantomex adopted a slightly distinct look for each one. The one still called Fantomex retained his X-Force costume without any real changes. The female body, calling herself Cluster, kept a feminine version of the same suit with a red ponytail. The last brain was Weapon XIII, alias Dark Fantomex, who wore a black version of Fantomex's traditional costume with white highlights, instead of vice versa. [Uncanny X-Force (1st series) #35] 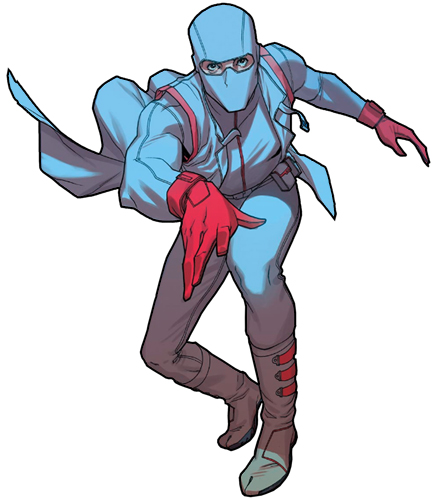 4) In line with the newest X-Force team motif, Fantomex adopted a new costume for Cable's unit. Following the basic design of his previous uniforms, this all white suit and trenchcoat had a red line down the center of his chest and legs, red lining at the shoulders and red gloves. [X-Force (4th series) #1] 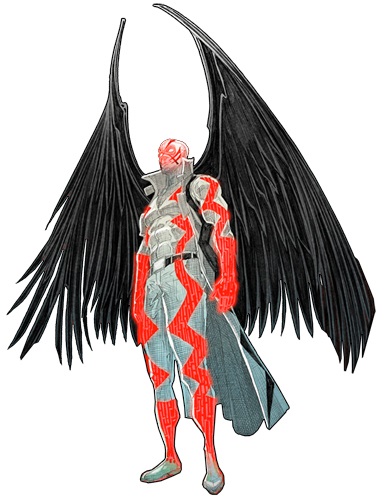 5) Under the influence of the Volga strain, Fantomex augmented himself with new powers and features. He added wings in response to his old rivalry with Archangel, and jagged strands of glowing red technological circuitry on the surface of his costume. [X-Force (4th series) #12]

--) After being purged of Volga, Fantomex reverted to his first X-Force costume.