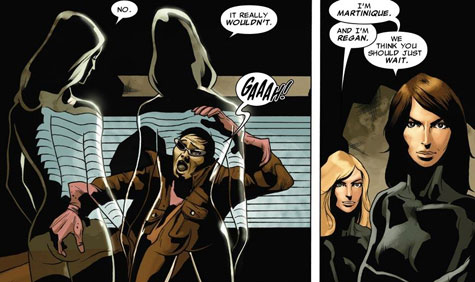 In the Age of X reality, Regan, along with her sister, was saved from an anti-mutant mob by Magneto, who managed to float the entire skyscraper they were in away. During the crossover itself, though, she was not seen on Fortress X, indicating she had perished in the meantime like so many others. 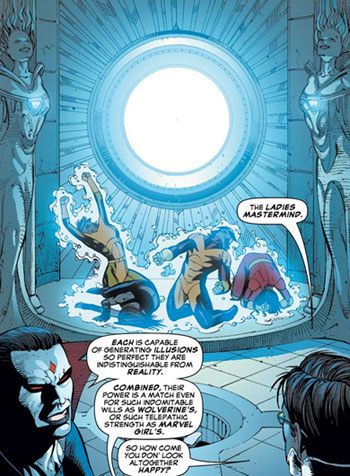 In the future depicted in X-Men: The End, both Martinique and Regan fell prey to Mister Sinister and he turned them to stone. Using their bodies, he created a device that would ensnare people in an illusion should they get too close. When the X-Men came to attack Sinister, the Ladies Mastermind caught them in an illusion that played out their heart’s desire. Thanks to a telepathic nudge from Jean Grey, Wolverine broke free of the illusion and destroyed the statues, ending Regan’s torture.

In the pocket reality of the Age of X-Man, Regan was the head of the Mastermind movie studio, a rival company to Nightcrawler’s Studio X. Seeing the box office success Kurt was having, Regan tried to convince him to collaborate but he wouldn’t have anything to do with her studio.