Morph’s counterpart in the 616 Marvel Universe was different. Going by the codename Changeling, this version of Kevin Sidney possessed limited shapeshifting abilities when compared to his counterparts. Recruited into the villainous Factor Three, Changeling was initially a foe to the original X-Men. Later, when he was diagnosed with cancer, he reached out to Charles Xavier in the hopes he could atone for his sins. Xavier provided him with the unique task of posing as him for his students while he prepared for an alien invasion. During his time posing as Xavier, Changeling died on a mission, still wearing the professor’s face.

More info can be found on the profile on... Changeling. 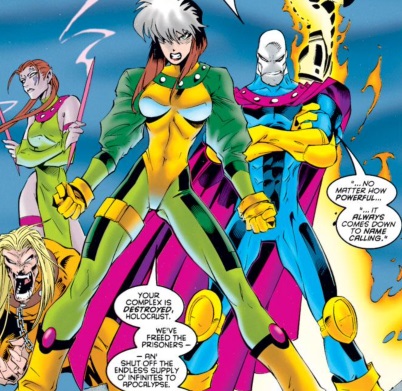 The Morph of the Age of Apocalypse was very similar to the Exiles Morph, both in powers and personality. He served as a mainstay of Magneto’s X-Men through the war with Apocalypse, while maintaining his trademark humor. In the time after Apocalypse was defeated, other threats surfaced. Morph went missing in action with several other X-Men members and his current whereabouts are unknown. 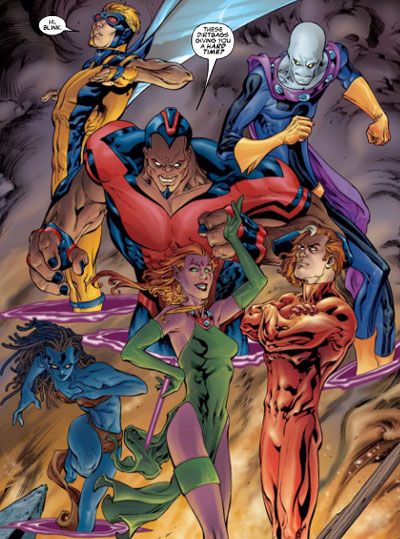 Another version of Morph, similar to the Exiles’ Morph, appeared as a part of the Grandmaster’s Exiles. On their first mission, the Exiles inadvertently interfered in a wager between the Grandmaster and the Collector of that world. To exact revenge on the Exiles, the Grandmaster travelled across numerous realities until he found a world that held exact analogues of all the Exiles, Earth 33629. Posing as the Timebroker, he gathered his Exiles together under the pretense that they would be fixing reality when in actual fact they were just a trap into which they would lure the real Exiles. In this reality, Morph and Blink were in a romantic relationship. The two Exiles teams fought until they realized they were being duped, at which point they turned on the Grandmaster. Once he was dealt with, Morph and the rest of the alternate Exiles remained together, acting as the planet’s premier superhero team.