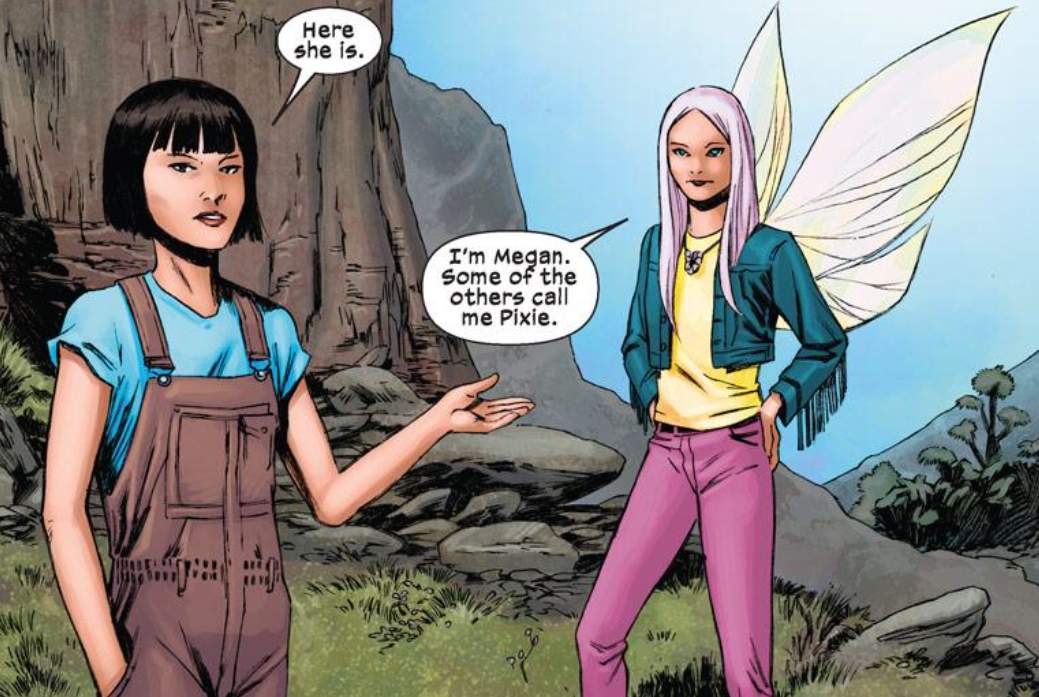 In the Ultimate Universe, Pixie was similar to her regular universe counterpart except her teleportation powers seemed to be part of her mutation. She was one of the few remaining mutants and travelled to Utopia, one of their colonies, as it was waging war against another, Tian. She was instrumental in helping evacuate the people of Tian to safety as their city was destroyed. 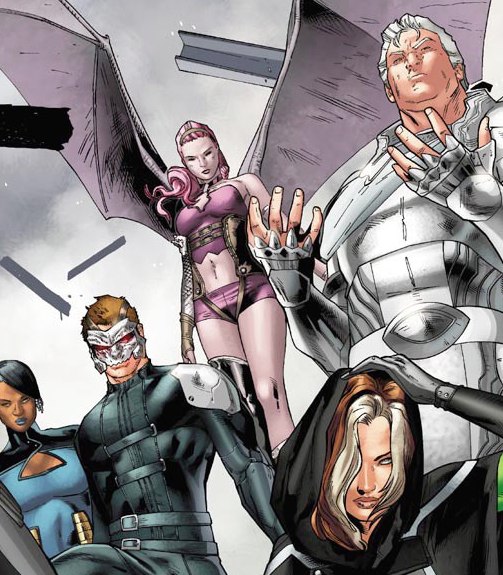 When Legion warped reality and created the Age of X, Megan underwent a dramatic change. She was forced out of her home country as part of a drive to remove X-gene positive people from the UK. Travelling to America, she was caught up in the Bleecker Street massacre. She lost her innocence that day and gave herself over to the darkness. Instead of butterfly wings, she now had enormous bat-like wings and so she called herself Nightmare. For a while, she worked for the Mafia where she acted as a runner until she joined Magneto’s resistance group and eventually made her way to Fortress X. Here she would use her teleportation skills to save other mutants and bring them to the haven.

On Battleworld, there was a school called the Victor von Doom Institute for Gifted Youngsters, which would take students from all over the planet to train them to be Doom’s elite guard. One such potential soldier was a version of Pixie who hailed from the domain of Mutopia. She joined a group of girls there called the Night Witches and even dated Jubilee briefly before breaking it off with her. When the students came to take their final exam, Pixie’s team realized that the holograms they were fighting were actually other students and they

were being killed to determine who was the best. It all came too late for Pixie, though, who died during the exam, much to the horror of Jubilee. However, Pixie’s death prompted the rest of her team to eventually reveal the truth to the school and put an end to the needless slaughter.