• Optically produces disruptor fields that
interfere with energy transmission,
disabling electronic systems or mutant
energy production, either by passively
blocking the use of mutant abilities or
actively weakening his target physically

Born with the name Augustus, the mutant called Pulse took his codename from his ability to generate pulses of energy from his eyes. Among the disruptive natures of his powers, Pulse’s energy enabled him to create a hypnotic masking effect and thus disguise brain wave patterns from psychics. At some point in his past, Pulse came into contact with Mystique, who learned of his powers and its ability to enhance her disguises. How the two met is unknown, but their encounter resulted in Pulse being in her debt. 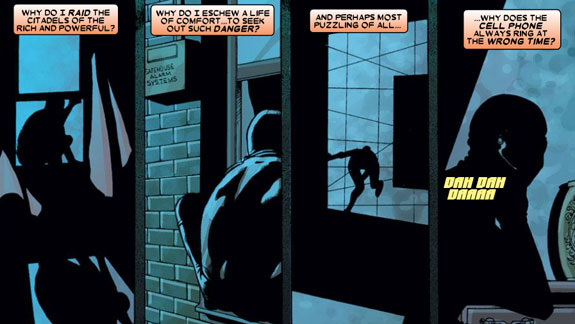 A thief by trade, and by his own admission a meticulously planned thief, Pulse would raid the rich and powerful, although he did not quite know why. Even more inexplicable to him was that Pulse habitually invested everything he stole, as he got a perverse pleasure out of losing other people’s money. It was while breaking into a home that Pulse received a phone call from Mystique, who was posing as a student at the Xavier Institute and wanted a hypnotic booster to help enhance her other form, as she was worried a telepath might pick up on her. Unfortunately for her, Pulse was unable to transmit his power over the telephone, and later Mystique’s guise was discovered by the X-Men and she was imprisoned. [X-Men (2nd series) #182, 173]

Unaware of this, when Pulse next phoned Mystique, Emma Frost answered the phone. Rather than give his real name, Pulse whimsically introduced himself as “a scourge of the bourgeoisie, a lunatic anarchist trickster, an unrest cure for the powerful.” Later, after Mystique escaped the Xavier Institute, she joined Augustus on a robbery as she wanted to see that Augustus was the man she hoped he was. [X-Men (2nd series) #174] 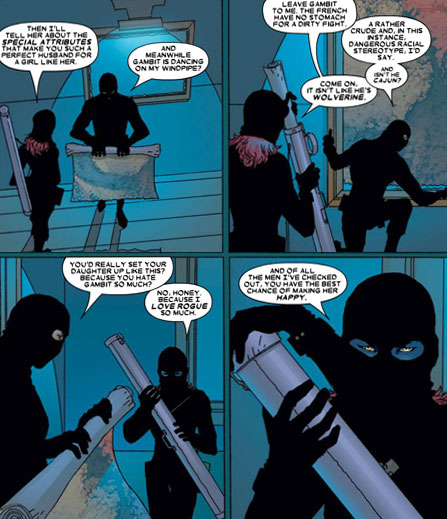 After a job together as a test, Mystique told him that it was time they headed to the Institute, where she would finally split Rogue and Gambit up. When the curious Pulse asked Mystique her reasons for wanting Rogue and Gambit separated, she simply explained that her daughter could do better than Gambit. Mystique also told Pulse his special attributes would make him the perfect husband for Rogue and that he had the chance of making her happy. [X-Men (2nd series) #179]

Although Pulse accompanied Mystique to the Xavier Institute, he did not seem too happy about it. Mystique, using her probationary status as an X-Man,  told the X-Men that Pulse and his special talents may come in useful. She did not hide the fact that she 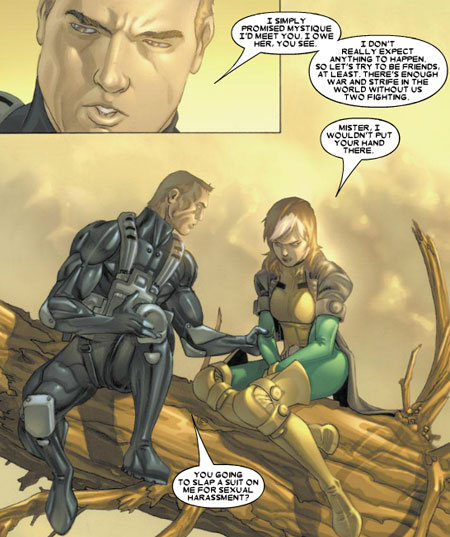 thought Pulse would be perfect for Rogue, and blatantly made this obvious in front of both Rogue and Gambit. Pulse later met with Rogue and told her that they should at least be friends, as he never expected anything to happen between the two. When Rogue realized that Pulse was touching her, she discovered that, thanks to his power, she did not absorb his memories or abilities. [X-Men (2nd series) #181-82]

When Apocalypse came to the Xavier Institute in the wake of M-Day, claiming to be mutant kind’s last hope, Pulse’s abilities were offered by Mystique to the X-Men. With his powers, he could get close to Apocalypse and drain away the uber-mutant’s powers. When Rogue, who had started calling him “Gus,” asked Pulse himself whether he could do this, he explained that he didn’t know, and admitted that he was actually a bit of a coward, afraid that he wouldn’t know if his power worked against Apocalypse until he was up close to the villain. Pulse accompanied several X-Men into Apocalypse’s temple, but he didn’t get the chance to test his power out as the X-Men were distracted by the arrival of Gambit, who had been transformed into a Horseman. Pulse helped Rogue escape – his coward nature taking over – and together they fled with Mystique. [X-Men (2nd series) #184-185] 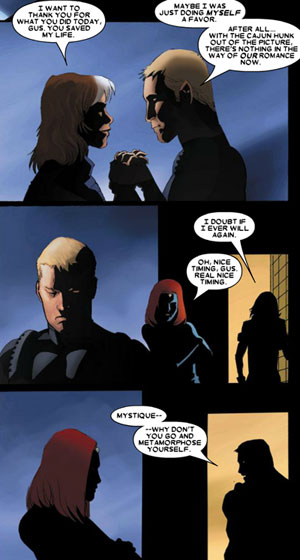 In the wake of Apocalypse’s attack and Gambit’s transformation, Pulse and Rogue started spending more and more time together. However, when Gambit returned and attacked, Pulse was on hand to neutralize Gambit’s power, saving Rogue. Afterwards, just as Pulse thought that he and Rogue were genuinely getting closer, Rogue rejected his advances, pointing out that she doubted that she ever wanted to explore romance ever again. Furious and deeply hurt, Augustus told Mystique where to go and then departed the Xavier Institute like a thief in the night. [X-Men (2nd series) #186-187]

Pulse has not been seen since he left the Xavier Institute. He did not join the majority of mutantkind in San Francisco nor did he move to Utopia. Assuming he still lives, he most likely decided that his cowardice made him not cut out for the life of a hero, and has returned to his preferred career of stealing from the rich.