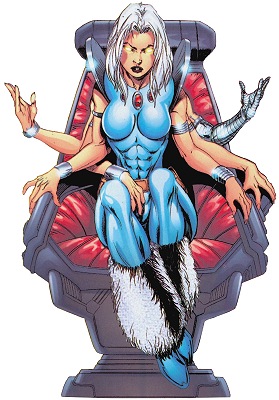 “You don’t know hate, princess, until you’ve lived through worlds of it. A lifetime.”
[Spiral to Firestar in Marvel Comics Presents (1st series) #83]

Spiral was once accused of insanity by Wolverine. She agreed with him without a moment’s hesitation. “Of course I’m not sane,” she told him. “Sanity is simply the denial of chaos! You can’t have multiple temporal existences in a sane universe!” [Wolverine (2nd series) #52] As a time-traveler who could dance across multiple dimensions, glimpse the void in-between 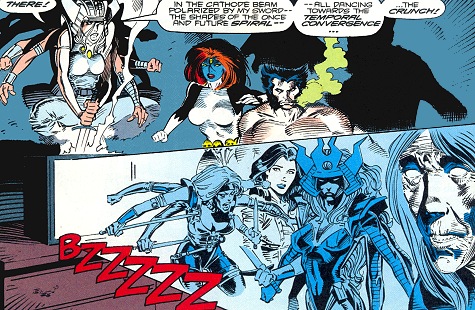 and, in some instances, exist simultaneously in two places at once, Spiral dealt with an unrepentant madness that stemmed from having to grasp concepts and conflicts far beyond the comprehension of ordinary mortals. According to her, it was not her that was insane - it was the universe. However, even if this were true, it made the ubiquitous Spiral no more pleasant to be around.

But around she was, as she has been tormenting the X-Men ever since her first encounter with them as part of Mystique’s Freedom Force in Uncanny X-Men #199. Although that was the X-Men’s first exposure to Spiral, her story began long before that. When dealing with a time-traveling woman whose life travels in spirals and becomes less sane with each revolution, though, where does the story truly begin? Does her tragic tale begin with her first time-dancing jaunt onto Earth, in which she attempted to sacrifice an infant? Does it begin with her capture and torture of Ricochet Rita, an innocent friend of her enemy Longshot? Or does her story begin elsewhere - perhaps with someone to whom Spiral no longer bears any resemblance?