While traveling between dimensions during one of his more bizarre adventures, the Vanisher and his traveling companion Nightcrawler glimpsed several alternate versions of themselves. Telford caught brief glimpses of himself as a female, a rat and a robot. 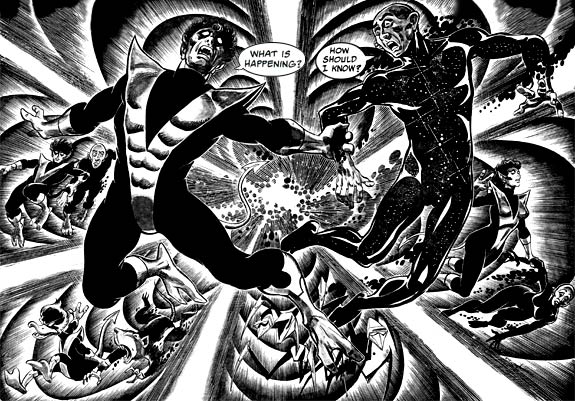 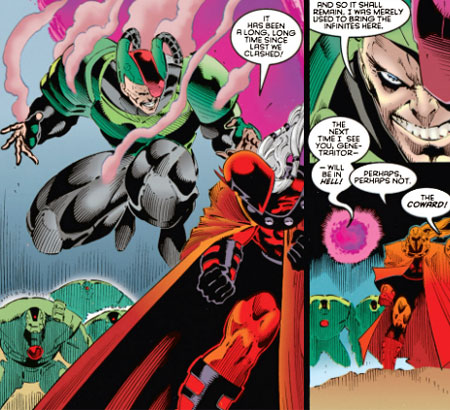 In the alternate reality known as the Age of Apocalypse, the Vanisher served as one of the Infinites for the High Lord Apocalypse, who tasked him with kidnapping the son of the mutant resistance leader Magneto. While Apocalypse battled Magneto outside the man's home, the Vanisher teleported inside to kidnap little Charles. However, he had to face Charles' protector, the robot Nanny, who was equipped with surprising firepower in defense of her young charge. The surprised Vanisher was killed by Nanny before he could think of teleporting away.

In the mutant-dominated reality known as the House of M, the Vanisher worked directly beneath Exodus, Magneto's main man in Australia. Exodus' oppressive government oversaw operations in Australia, coming down on humans harder here than anywhere else on Earth. When the Hulk, seeking a peaceful resolution to the tension between the mutant government and the remaining population, retaliated against this fascist regime, the Vanisher fled during the fight. 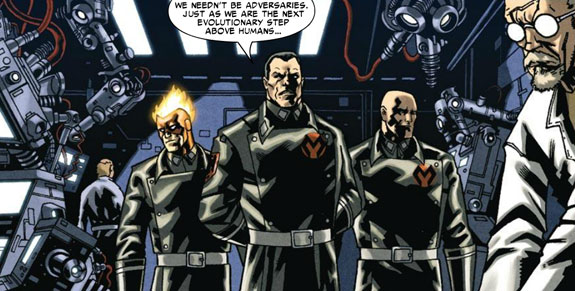 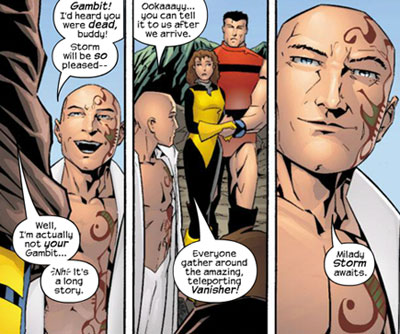 In an alternate dimension visited by the reality-hopping supervillain team (and enemies of the Exiles) Weapon X, the Vanisher was one of just ten mutants left in existence. A benevolent hero in this reality, he used his abilities to save lives, bringing survivors into his ally Storm's safe haven. When Weapon X arrived in this dimension with the mission of exterminating its remaining mutants, however, the situation of the mutants went from bad to worse. Meanwhile, Magneto, stationed on Asteroid M, destroyed the Earth with a meteor, forcing the Vanisher, Storm and Shadowcat to join him and his Acolytes on the last outpost of human survival. While there, Hyperion of Weapon X decided to finish the mission, exterminating as many mutants as he could. The Vanisher fell victim not to Hyperion, though, but to Hyperion's ally, the Spider, who impaled him through the heart. 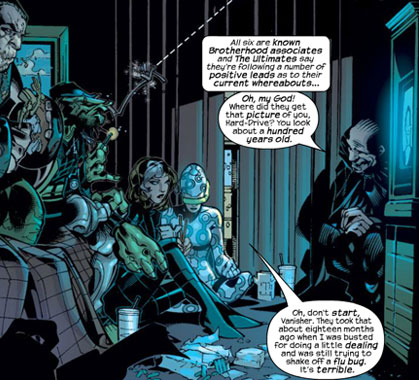 The Vanisher's Ultimate Universe counterpart also worked with the Brotherhood, committing terrorist attacks against baseline humans. Acting on orders from their leader, Magneto, the Vanisher and the Brotherhood blew up the Brooklyn Bridge during heavy traffic, killing over 800 innocent people. They were gloating in their hideout when the Ultimates ambushed them and apprehended several of their members. The Vanisher was among those taken into custody.