It’s usually around early or mid February when the staff of the UXN begin brainstorming on the year’s impending April Fools’ Day gag. A lot of ideas are shot around and more than one former AFD feature was the result of several ideas merging and becoming something much more interesting. This time, however, is unique in that there was no such discussion, as an idea was suggested in October of the previous year and no further discussion was needed. It was just that cool already.

In a discussion on characters worthy of possible upcoming Character Profiles, it was Monolith who originally suggested the final version of a profile on Doop be released on April 1, with the entire text being translated into Doop-speak. Whenever possible, we like to release articles, Spotlights & Profiles on subjects relevant in current comics and, with Doop being in the cast of Wolverine and the X-Men, he/she/it definitely fit the description.

Site founder and tech-head Dean Clayton volunteered for the Profile itself, as well as the HTML coding necessary for the Doop-alphabet transliteration, while Binaryan stepped up for the article’s images. As the day approached, it was suggested that the Front Page itself be “translated” and, to that end, Tanwer composed not only our signature logo (transliterated, of course) but altered all of the little images on the Front Page, changing their Roman alphabet letters into Doop equivalents. Then, on April 1, Dean made the switch to what you see below. 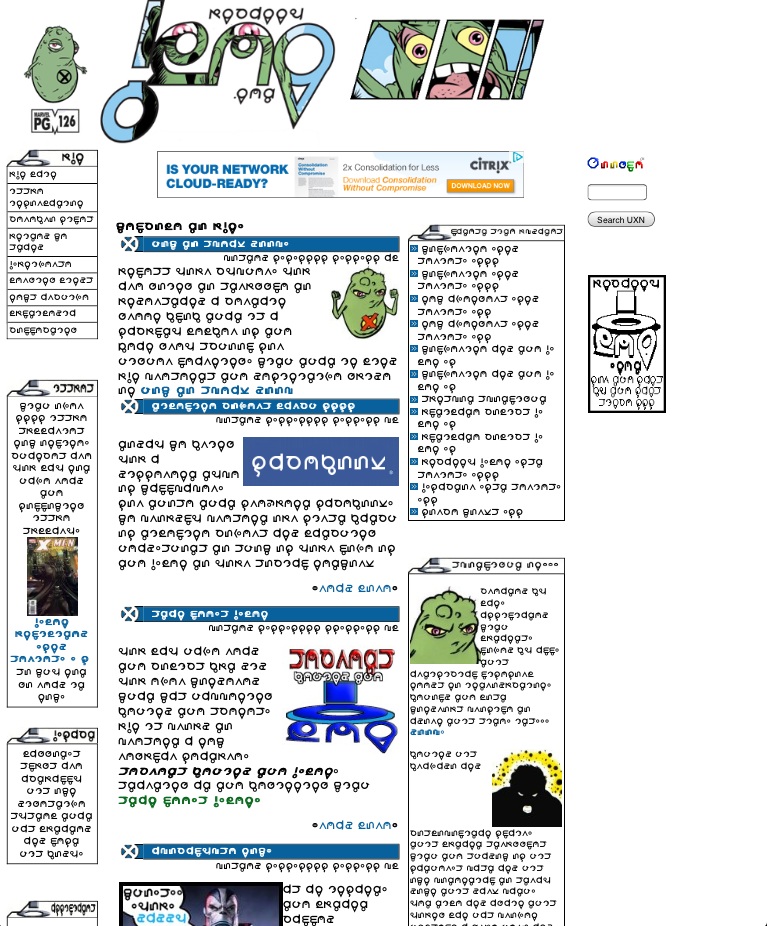 Of course, in addition to the wacky Front Page, we released the Doop Character Profile itself, as well as a How to Speak Doop article.

One of the things that makes working on the site (and specifically an article such as our annual April Fools’ Day gag) is the responses we receive. As in our previous jokes, we received positive responses both in our Forum and on our relatively recently-founded Facebook page. We even received a few kudos in the Twitterverse. Special thanks go to those who visit our site specifically on April 1st just to see what we come up with.