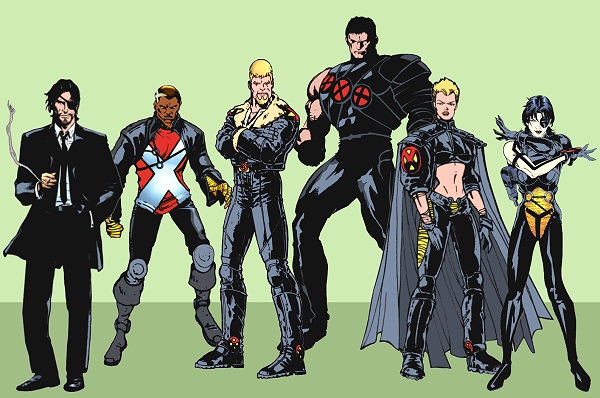 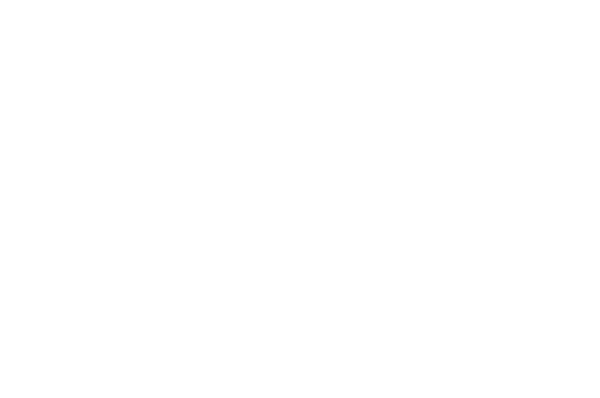 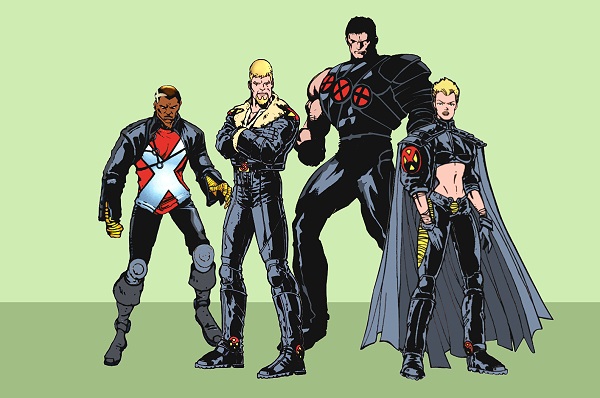 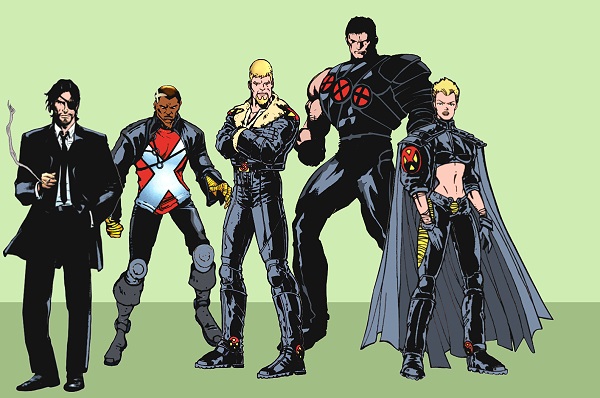 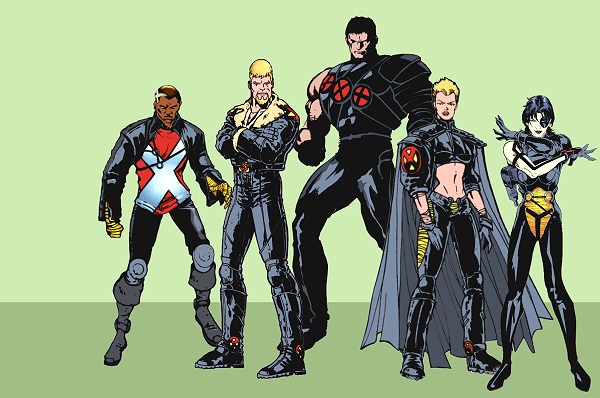 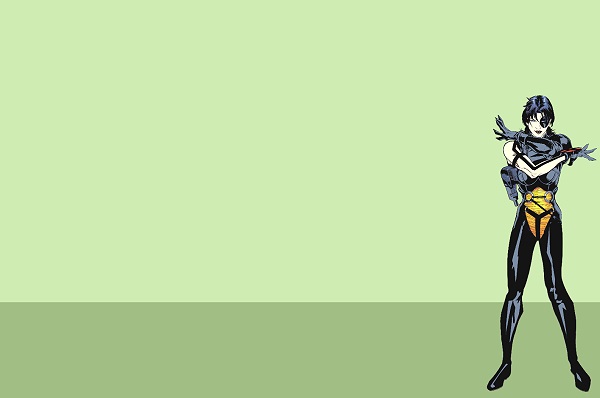 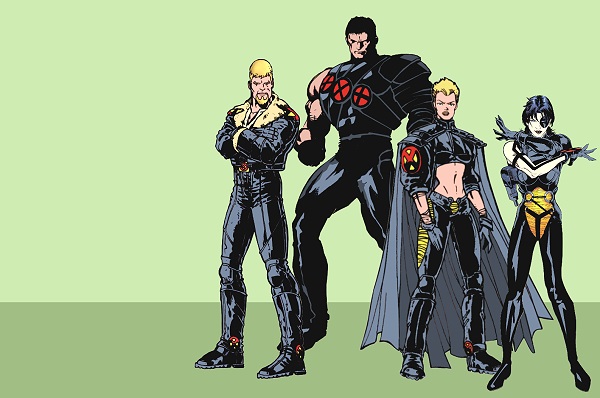 After taking control of X-Force, Pete Wisdom fashioned Warpath, Meltdown, Cannonball and Bedlam into a covert strike force that took down secret targets. In one of his official lessons for X-Force, Pete Wisdom warned the team that, in order to succeed in the shady world of black-ops, they would need to deal with some untrustworthy parties, many of which would inevitably try to use or betray them. He advised them when dealing with such parties to get in, get what they needed and get out before they were played. Often times this would mean tricking other parties into giving them what they needed. Although X-Force heeded his advice, they failed to grasp exactly how far-reaching and comprehensive his words were. [X-Force (1st series) #108]

On one mission, X-Force responded to an S.O.S. cry from Major Valentina Rychenko, an old associate of Pete Wisdom’s. The team arrived at the source of the signal – a forgotten Russian City known only as Science City 53. The city was under attack by a proliferating horde of meatspore stormtroopers. After neutralizing the horde, Major Rychenko explained the meatspore stormtroopers were the result of unstable bio-technology she and her associates had stolen 50 years earlier from the American intelligence firm Cuckoo. She claimed to have no idea why the stormtroopers suddenly activated and went rogue.

After this mission, the team moved back to San Francisco, incidentally arriving shortly after Dr. Niles Roman’s bio-reactor activated and started transforming the people of San Francisco into barbaric mutants. X-Force engaged the antagonists in battle while Pete Wisdom observed them from an abandoned S.H.I.E.L.D. station. Thanks in part to the skills of Bedlam and Cannonball, the team succeeded in reversing the mutation process in several civilians and destroying the bio-reactor, the source of the outbreak. The mission was a success overall – except for the fact that, while X-Force was in the field, Dr. Roman confronted Pete Wisdom and murdered him for interfering with his long-awaited experiment. X-Force returned from the field to find their leader dead. [X-Force (1st series) #102-105]

In the days that followed, the team attended a funeral service for Pete Wisdom. Although Wisdom’s former allies from Excalibur failed to attend to the sparsely populated service, Wisdom’s elusive sister Romany, herself a high-ranking British intelligence agent, made an appearance. Surprisingly, Domino showed up as well, but only to ask X-Force for help. She explained that a mutant assassin named Marcus Tsung, who had the ability to murder with a thought, was out to kill her – and had already succeeded once. Miraculously, she was resurrected after being assassinated, with the caveat that a strange alien organism was now growing out of her back. She didn’t know why Marcus wanted her dead, just that he was after her and was killing everyone in his path. X-Force agreed to protect their old friend. They enlisted the help of another black-ops team for help investigating Domino’s mysterious resurrection, but Marcus found and ambushed them, blowing up their transportation vehicle. X-Force survived the attack and confronted Tsung. Although Cannonball, Proudstar and Bedlam were defeated, Meltdown managed to sneak up behind Marcus and sear the flesh on his head. At that point, Romany Wisdom arrived – with extensive back-up – and had Marcus executed via a barrage sniper fire. With Marcus dead, Romany revealed that the object growing on Domino’s back was an ancient life-form with the potential to destroy all life on Earth. Domino began acting defiant, as if under control of the organism, so Romany subdued her, took her into custody and had the organism removed. [X-Force (1st series) #106-109]

Before X-Force could decide on what mission to undertake next, they received an EMP-based Morse code message from Major Valentina Rychenko, asking for immediate assistance. X-Force tracked the signal and saved her life from two Warborgs, grotesque soldiers resembling the meatspore soldiers they had encountered earlier. In the process of saving Rychenko, however, the Warborgs infected Warpath with a neurotoxin that threatened to kill him. To save him, Valentina suggested they contact the only living person with the necessary knowledge: Constantin Racal, her father. While X-Force tracked him down, Valentina explained to them that they were dealing with the Cold War fallout from the long-standing biological warfare between Russia and the United States. Shortly after Constantin healed Proudstar, Nick Fury of S.H.I.E.L.D. arrived and recruited X-Force to assassinate a major player in the ongoing bio-weapons war: Dr. Niles Roman, the man who murdered Pete Wisdom. X-Force readily accepted the task of destroying both Dr. Roman and his superhuman-breeding laboratory.

They raided his facility and, after eliminating his Warborg guards, began fighting his super-mutant army. Dr. Roman interrupted the fighting, however, and demanded everyone stop. He revealed to X-Force that they had been played for fools, and that all life on Earth was in danger of being assimilated by the alien organism that had crash-landed on the planet millions of years earlier. This organism was now beginning to spread; the entity formerly occupying Domino’s back was evidence. Dr. Roman explained that all of his actions, no matter how evil they appeared to be – including activating the bio-engine in San Francisco – were performed to prevent this from occurring. There was another party, however, who was working tirelessly to bring this assimilation to fruition: the top-secret intelligence agency that employed Romany Wisdom. Dr. Roman made progress convincing X-Force of his side of the story but, before he could finish, Romany Wisdom remotely activated latent programming within Valentina Rychenko, who then revealed herself to be a Life Model Decoy. At Romany’s command, the Rychenko-LMD detonated the vibranium bomb housed within her. [X-Force (1st series) #110-114]

Thanks to Jesse Aaronson’s energy field, X-Force survived the blast. Dr. Niles Roman was not so lucky, however. With the world believing them dead, X-Force went underground. Over the course of the next six months, the team retaliated against corporations who abused mutantkind. One such company was Gentechnic, an organization that intentionally induced mutant births in Colombia so it could harvest the genetic material for medicinal research. After X-Force detonated a bomb at the Gentechnic shareholders meeting in Buenos Aires, they bought airline tickets to Australia. Domino had a bad feeling about their flight, though, so they didn’t board. Her instinct saved their lives: during takeoff, a super-powered agent named Corben destroyed the plane, killing everyone onboard. X-Force took her down and tortured her for answers. She led them to Alistare Stuart, who in turn led them back to Romany Wisdom. X-Force tracked Romany to her base in Oxfordshire, which they attacked. Surprisingly, Romany invited them inside the facility and she explained everything: in order to usher in a Utopian world free of suffering, they were hastening the alien life form’s assimilation of Earth by transforming all of humanity into a species more compatible with the symbiote. X-Force rejected Romany’s vision and her offer to join her cause, however, so she unleashed her soldiers on them. The team was instantly overwhelmed. Thankfully, Jesse Aaronson managed to unleash an electromagnetic blast that detonated the entire facility. The explosion hurled Domino free, but the rest of the team was not so lucky. They were lost in the explosion.

Nevertheless, Domino remained convinced they survived. She admitted as much during her subsequent interrogation. After she left the interrogation, Pete Wisdom emerged – alive and well – and revealed to Alistaire Stuart that he had played a part in orchestrating some of the events Domino mentioned in order to save the world. Wisdom also assured Stuart that X-Force was not dead and would emerge when the world least expected it. [X-Force (1st series) #114-115]

While they were in hiding, a new, media-hungry X-Force team emerged and hijacked the X-Force name, which, in fairness, had not been trademarked. This new team was more focused on generating good publicity for itself than it was defending the rights of mutants. Cannonball, Domino, Meltdown and Warpath assaulted this new X-Force at a press conference and demanded they quit using the name. The fight got ugly and ended without resolution, at which point the old X-Force retreated back into obscurity, leaving their team name with their press-seeking successors. [X-Force (1st series) #117]

Where are they now?

Fear Itself: Youth in Revolt #4