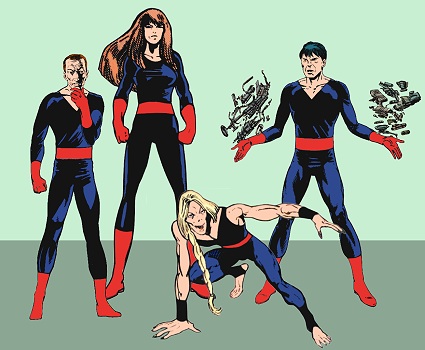 There are no documented missions of Gamma Flight. Apparently, during their time with Department H, Gamma Flight’s various members were training both individually and as a team to hone their unique powers. During their training sessions, Diamond Lil and Madison Jeffries developed romantic feelings for each other and started a brief relationship. Eventually, though, the Canadian Prime Minister shut down the entire Flight program due to budget constraints. Alpha Flight had made their public debut only several weeks before but, during their first battles, they had caused damages amounting to several million dollars. As a result, the parliament felt that super heroes were a luxury the government could no longer afford. [X-Men (1st series) #140, Alpha Flight (1st series) #1]