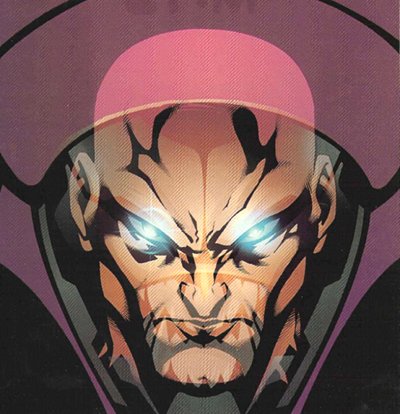 In 1996 Marvel’s writers brought the unthinkable to life. Professor Charles Xavier, founder and mentor to the X-Men and one of Marvel’s oldest heroes, became the newest and greatest threat to the Marvel Universe. Onslaught was a four month epic event crossing over most of Marvel’s major titles including both X-Men titles, Fantastic Four, Avengers, Incredible Hulk, Cable, Wolverine, X-Factor, X-Force and X-Man.

Within the mind of the world’s foremost telepath, Magneto’s ideology of “the ends justify the means” intertwined with Xavier’s dream of peaceful coexistence and the being known as Onslaught was born. Embarking upon a campaign to bring peace to the world by any means necessary, Onslaught sought to make Earth’s mightiest heroes his allies or to become the first to fall. The X-Men marshaled the forces of the Avengers, Fantastic Four, and Incredible Hulk to stand against Onslaught’s tyranny. For the redemption of a hero though, a terrible price would be paid, and the Marvel Universe would be irrevocably altered.

Charles Xavier has been many things, a teacher, mentor, father figure and friend. His desire, however, has been unwavering; to create a world in which mutants and humans can live together in peace. How then, does a man like this betray his own beliefs and ideals? For the answer, let’s take a trip down the Road to Onslaught…