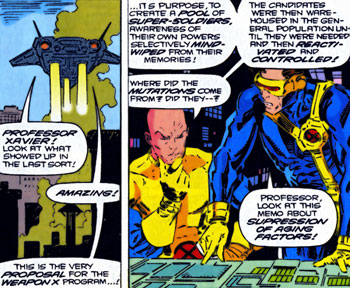 The Weapon X Program was proposed by the Professor to create a pool of super-soldiers housed in the general population until they were needed. These sleeper agents would be outfitted with both benign and mission-specific memory implants to adapt them to different parameters in the field while also suppressing knowledge of their actions and abilities during down time. The Weapon Plus Program accepted Thorton's proposal and arranged for it to be funded as a CIA "black bag" op sheltered in Canada through an exchange of government favors.

While it's true that the Professor was highly intelligent in his own way, most of his innovations over the years working with the Weapon Plus Program were derivative of the information from Nathaniel Essex's journals. Similarly, when he was finally given his own program, the Professor once again progressed by passing off the work of others as his own. Apparently through the assistance of Romulus, the Professor gained access to the notes of Lord Darkwind of Japan and his theoretical Adamantium bonding process. Romulus also pointed the Professor towards Logan as his first test subject in the Weapon X Program, making him Experiment X. Although Romulus informed the Professor that Logan was "special" and uniquely suited for the program, he did not disclose the extent of Logan's healing powers to Thorton. 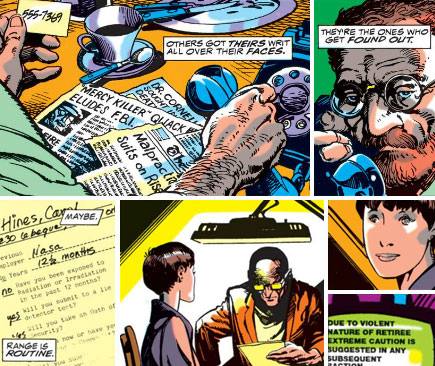 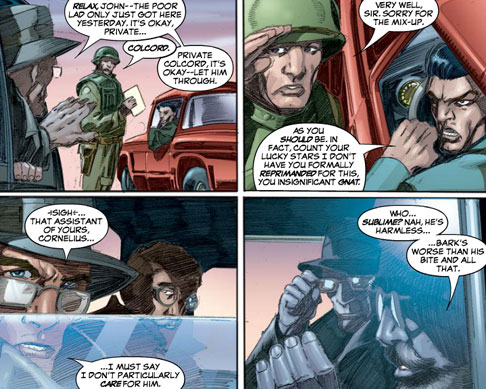 In addition to this inner circle, the Weapon Plus Program also provided Weapon X with a full medical and scientific support staff, on-site guards known as Wranglers to deal with the test subjects directly, and perimeter security for the facility itself. Some of these low-level workers would become major players in the program in the years to come. Cornelius's research assistant John would eventually take the name John Sublime after becoming the host for an ancient intelligence, and rise to the head of the Weapon Plus Program. A perimeter guard named Malcolm Colcord would also rise in the hierarchy, taking over as Director of a new version of the Weapon X Program after the Professor died.

Like many Weapon Plus programs before it, Weapon X received backing from both the American and Canadian government through back channels, and so some of the security agents were actual military soldiers deployed to the program via official orders, with no idea what was actually occurring behind the fences they were guarding. The Weapon X Program itself was set up in the woods of Alberta, Canada, miles from any known bastion of civilization.