The Age of Apocalypse was a reality where Apocalypse ruled supreme and mutants were the dominant species. Uncharacteristically for Avalanche, he turned down an offer to join Apocalypse’s Elite Mutant Force. As a result, he was put into the slave pens as fodder for experimentation by Sinister, the Dark beast, or other mad scientists. Dominic escaped with Pyro and several other prisoners under the leadership of Artemis. However, he was eventually killed by a member of the Elite, Cyclops. 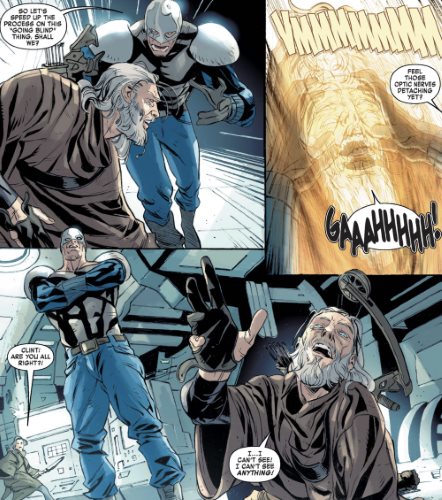 In Old Man Logan’s timeline, Avalanche was one of the many villains to seize the opportunity to destroy the heroes and take over the United States. As well as taking on the Avengers, one of Avalanche’s more significant acts of villainy was to blind Hawkeye in retaliation for killing his boss, Baron Zemo. After Hawkeye murdered Zemo, Avalanche caught up with him and used him vibrational powers on the archer’s head, damaging his optic nerves so much he went blind instantly. Avalanche underestimated Hawkeye’s skills though and he ended up with an arrow thrust through the back of his head.

In the House of M reality, Avalanche was part of a government strike team led by Thunderbird, which was called Brotherhood.

In the Age of X reality, Avalanche was one of several mutants who had been interred at Alcatraz as part of the worldwide anti-mutant hysteria. Later, he managed to escape and joined Magneto’s resistance force in Fortress X. 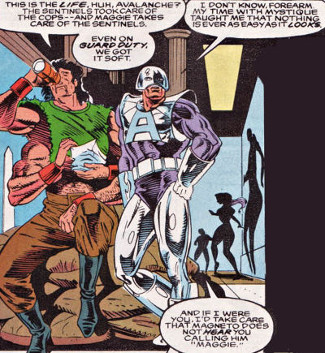 In the reality of What If… (2nd series) #46-47, Magneto took over USA with a mutant army, following the assassination of Professor X by Cable. Avalanche was a part of that army, which took over the Capitol in Washington. D.C. However, he was killed along with everyone else in the area when Magneto made the mistake of detonating a Sentinel robot that carried a nuclear warhead. 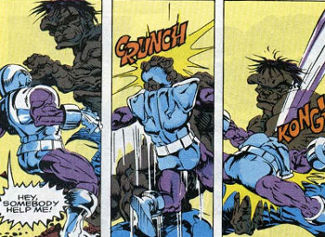 In the reality of What If… (2nd series) #50, Hulk killed Wolverine before he was supposed to join the X-Men in their fight against the mystical Adversary in Dallas. This incident tipped the odds in favor of the Adversary. The Hulk went to Dallas and, on a rampage, began fighting both the X-Men and Freedom Force. Avalanche was the first member of Freedom Force he slew in the battle, crushing his head.

In the reality described in What If…? (2nd series) #77, Avalanche was one of the mutants who had joined the Followers of Apocalypse, a group of mutants championing the dream of the late Apocalypse about the survival of the fittest.

In a world described in X-Men: Millennial Visions, Deadpool set about eliminating all mutants. Avalanche was one of his countless victims, and Deadpool had kept his helmet as a memento.

In a reality visited by the Exiles, the Skrulls had invaded and took over Earth before it had entered the Industrial Revolution. Super-powered individuals, among them Avalanche, were rounded up and pitted against each other in gladiatorial matches.