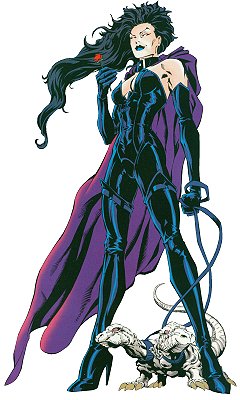 The name Selene originally refers to the Greek goddess of the moon (daughter of the Titans, Hyperion and Thia). Elements associated with the moon are beauty, mystery, fickleness and constant rejuvenation, all characteristics that fit the mutant sorceress, Selene, who even referred to herself as daughter of the moon during some appearances. Beautiful, regal, charismatic but also capricious, sadistic and decadent, Selene is the kind of woman you never forget.

2) “Love of Power is the Love of Ourselves“ (William Hazlitt)

Selene has both formidable mutant and magical powers. Given her millennia of experience, in addition, it is hard to say where one aspect of her power begins and the other ends.
She has displayed following powers: 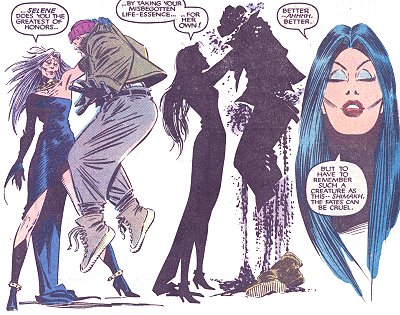 In addition, she apparently is an External, a member of a select group of near-immortal mutants, who are very hard to kill. Externals age, albeit very slowly; since Selene is the oldest of them, perhaps she steals life energies only to replenish her powers and look young, not because she needs them to survive, or perhaps her powers work differently from those of other Externals. In any case, like most Externals, she is almost unkillable by by ordinary means such as knifewounds.

When Selene over-exerts her powers, her true age starts to show, forcing her to take further lives, though she claims that she remembers and honors them all.