FLIPSIDES OF THE SAME COIN (the dreams of Xavier and Magneto) 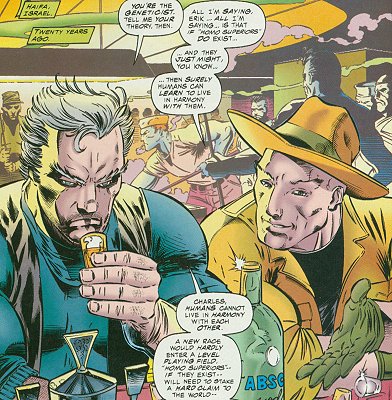 “Charles, you are an idealistic fool. If mutants exist, humanity will fear them and out of that fear, try to destroy them.”

Two people, discussing world events over beverages. As long as there have been politics or those interested in discussing the way the world should be, this has been played out. However, in this instance, the policies discussed will ultimately be played out across the globe - as the emergence of mutant-kind will soon move from theory to startling reality. And these two men’s res- pective positions will clash in conflicts that will rock the world. 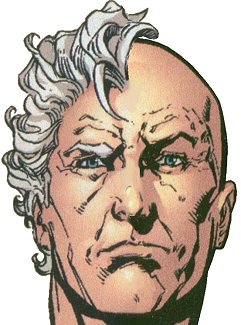 But for all of their differences, the two men are surprisingly similar. Both are from families that were lost to them at an early age - the degree of which mayhap having shaped their views. Upon reaching adulthood, both traveled the world to find themselves, and eventually settled on a role of mentor, trying to shape the next generation to their respective dreams. Dreams which they hoped to turn into reality.

This article will attempt to compare and contrast these two men, and hopefully determine how two people so similar can come to two different conclusions. For truly, the two men eventually known as Professor X and Magneto are two sides of the same coin.