FLIPSIDES OF THE SAME COIN (the dreams of Xavier and Magneto): Page 8 of 8

It is easy to say that ideas are immortal - but in some cases they can die quickly after their founders do. For every religious, philosophical or political revolution, it is required that the new generation carry on after their founder has departed. But what about the philosophies of Xavier and Magnus?

As stated before, Magneto did very little to endear those to his cause. Shortly after the formation of his Brotherhood of Evil Mutants years ago, fantastic events caused him to depart the Earth, as he was kidnapped by the enigmatic alien known only as the Stranger. As Quicksilver and the Scarlet Witch had already left his group and the sycophantic Toad had been captured as well, the only remaining member was Mastermind. He had been temporarily turned to stone by the Stranger but, even after recovery, it seemed that Mastermind had no interest in trying to reform their assemblage. In short, without Magneto, there was no Brotherhood. Years later, Mystique would form a second Brotherhood of Evil Mutants, but it was the same in name only, the members forming the group for reasons of political goals and personal power, rather than an ideological philosophy of mutant survival through global domination.

It could be argued that the Acolytes followed Magneto, both before and after his purported death, but it could be argued the same that those in charge were conniving opportunists, who wished to use racial and genetic aggression to achieve power. In truth, they did not respect Magneto or what he had tried to achieve, and merely acted as they wished, claiming to do so in his name.

Meanwhile, the X-Men, successfully indoctrinated in Xavier’s dream, were more than ready to take up his mantle. Early in their career, the X-Men believed that Professor X had been killed by Grotesk, the Subhuman. In truth, it was the mutant Changeling, who had taken Xavier’s place while he prepared himself in meditation for an upcoming battle. Not learning this until much later, the X-Men remained resolute, despite his apparent death and an FBI order to disband. Their ranks even grew during this time, with the additions of Havok and Lorna Dane. Truly, Xavier’s dream and teachings were to outlast him.

Even years later, when Xavier departed for the stars with Lilandra, the school and X-Men went on (ironically with Magneto as an ally). Xavier would eventually return and take up his occupation as headmaster of what he now called the Xavier Institute for Higher Learning, but when events caused him to take another sabbatical, causing him to return to the ruined isle of Genosha, the school continued without him - his next generation carrying on. In fact, it seemed that this was his ultimate wish - to allow those that followed in his path to have their own ideas.

But could those ideas survive? If they did, would they endure for a generation? Two? A hundred years? A thousand? Through the years, the X-Men have not only visited alternate timelines, but ones that existed in the future. Most were dark and dystopic, but hope was never completely gone for the mutants that lived there. It is interesting to note that, no matter how dark the situation, the mutants still clung to the dream of Xavier and his teachings… and not the one who had wished to turn the tables on the tyrannical mankind. 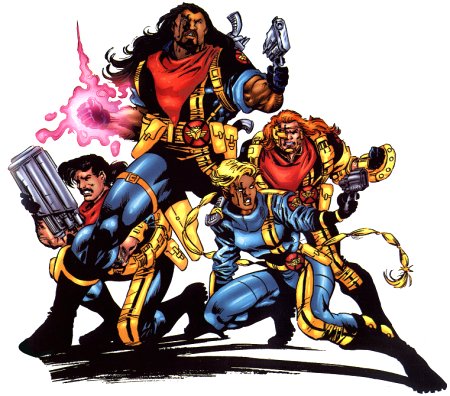 In the future from which the X-Man called Bishop hailed, mutants were indeed hunted down and placed into camps by Sentinels. However, a group of mutants led by a revolutionary named Summers refused to give up hope and mounted a rebellion. After the successful insurrection, the human ruling council decided to deal with the mutant question - as many mutant rebels now turned their eye on human society - by allowing the mutants to police themselves. Thus, the Xavier Security Enforcers, or X.S.E., were birthed. In effect the “modern day” X-Men, the X.S.E. kept the peace, and proved inch by inch that mutants and humans could coexist. Xavier’s dream lived on.

In another timeline, one ruled by the ancient bacterial adversary known as Sublime, now inhabiting the body of the Beast, the X-Men survived as well. In this world, the whole of the Earth had been ravaged by Subline’s genetic tinkering and his Crawler armies. Though their future was bleak, the X-Men still ran the Xavier Institute in the remains of the city of Manhattan - and even erected a statue of Xavier in his honor. [New X-Men (1st series) #151-154] 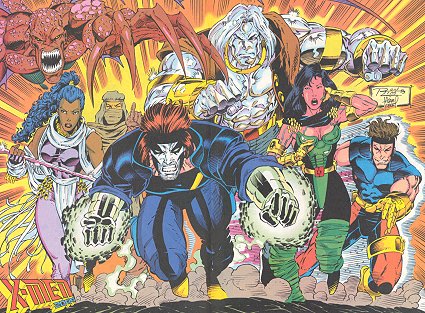 In yet another future, the mutants of the year 2099 decided that the world still needed X-Men. Though having no direct connection to the Xavier, they knew of his teachings and longed for a world that he had preached a century before. Time had passed - but the dream was eternal. [X-Men 2099]

It is interesting to note that in none of these futures - at least those visited by the X-Men - have yet to reveal a future where Magneto would have seen his hand. Clearly, it seems that the idealism that Xavier professed, and which had been mocked by so many, had a quality which would take root in those that wished for something better. Hope, more than tolerance or equality, was what Xavier taught - and it was a lesson that would endure.

When Charles Xavier and Magnus first shook hands on the steps of the hospital in Haifa, neither could have imagined the lives that they would lead and the conflict that would arise. It is doubtful that either would have had the hubris to think that their musings and dreams would touch so many people across the globe - and for years to come.

However, both were men of hopes and dreams - though like most people were products of their environment and upbringing. Magneto had possessed such idealism in his youth - which was eroded over the years by the crimes of genocide against his people, and by the ultimate rejection of the only one who loved him, his wife. Could Magneto have ultimate become a champion of equality, had he not endured such a life? What if he had grown up in wealth, eventually inheriting an estate that would be worth in the billions? 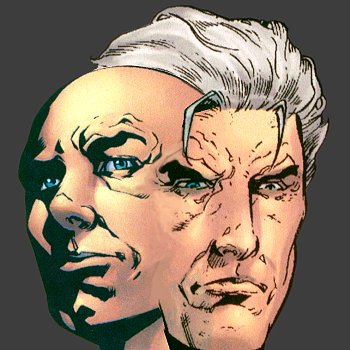 And what of Xavier? Would he still have formed his X-Men if he had lived through a concentration camp? Would his idealism and dream of equality died along with his family, causing him to form his own Brotherhood?

If Xavier and Magnus had been born in each other’s place, events might have still transpired as they did - for it seems clear in the many realities and futures that have been glimpsed that it was the idea, more than the man, which inspired people. It is the lot of men to be mortal - but ideas can live on forever.