GUARDIANS OF THE GALAXY

One of the first alternate realities that Marvel featured in their comics is also the one set furthest into the future. Published way back in 1968, Marvel Super-Heroes (1st series) #18 introduced the readers to the 31st Century in which the Guardians of the Galaxy fought to liberate an enslaved Earth from the conquering Badoon. Since then, the Guardians and their reality have been featured in many Marvel titles and eventually they were given their own series that lasted for 62 issues and 4 annuals.

The Earth of the Guardians is a far different place than the one of the present day. At the end of the twentieth century, the Martians invaded Earth and conquered the planet after many of the superhuman population had either left or been killed. For reasons unknown, the Martians left about 80 years later. Afterwards, there was a period of semi-barbarism with Earth being divided into city states each ruled by powerful Techno-Barons. Several centuries later, a world federation was founded and a new age of prosperity began.

By the mid-2900s, genetic engineering made colonization of other worlds possible; mankind soon found their way to Mercury where a race of humans able to withstand the planet’s high temperatures mined a rare ore that was needed for faster than light travel. A race of interplanetary militia-men was bred on Jupiter, eleven times more massive than their Terran forefathers, and Pluto was inhabited by a group of scientists whose carbon-based bodies were transformed into silicon-based crystal. 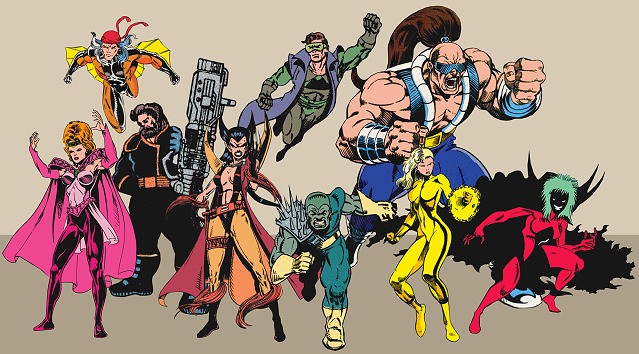 Unfortunately, all these colonies were decimated by the alien Badoon prior to them launching an attack on Earth. The apparent last survivors of these subspecies banded together with a time-displaced astronaut and together they became the Guardians of the Galaxy. However, what about the mutants in this reality? Where were they when the Martians attacked or in the many centuries since? 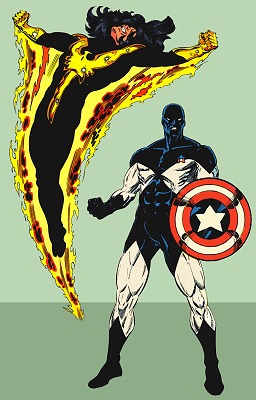 whereas the History section will sum up everything that is known about the mutants’ disappearance at the end of the 20th century and their activities since.

Finally, the Characters sheet provides an overview of the mutant characters of the timeline and the issues they appeared in. While technically also a mutant, this feature will not follow closely the exploits of Vance Astro, the time-displaced astronaut mentioned above. Vance happens to be an alternate reality counterpart of Justice, a member of the New Warriors and the Avengers in the main Marvel universe.

Unlike that version of himself, the Guardians’ Vance never manifested his powers before he became an astronaut and volunteered for an experimental spaceflight to Alpha Centauri. The flight was planned to take more than 1000 years, and Vance was placed in suspended animation. During that time, his powers evolved and manifested differently to Justice’s. Not only did Vance Astro appear in nearly every single issue in which the Guardians of Galaxy have appeared, but his status as a mutant is never really addressed in any of them, hence the decision to mostly omit him from this timeline entry.