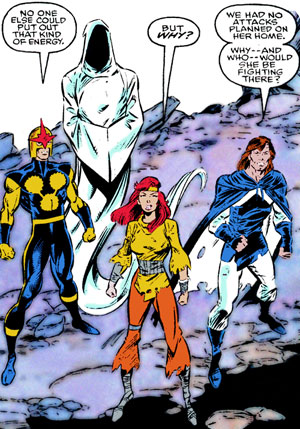 When the female Sphinx reorganized reality to suit her whims using the Ka Stone, she created the world of Forever Begins Yesterday. In her version of history, Egypt remained a ruling power in the world order, to the point that it was the United States of Assyria that rebelled against Egypt in the Revolutionary War, and Maqaman Island of New Memphis City was the site of the atomic bomb explosion that ended the Second World War. With the rise of the superhuman as potential threats to the Sphinx's control, many fell under her sway as the Avengers or other protectors of the realm, but mutants became a focal point for the rebellion against her rule. Firestar and her boyfriend Marvel Man were among the mutants led by Magneto after the death of Charles Xavier. They became major players in the downfall of the Sphinx when Nova, Avenger in this reality and their fellow New Warrior in the true history, informed them that the world was wrong. Along with Dwayne Taylor, these four founding New Warriors confronted the Sphinx along with Sayge, the spiritual embodiment of truth, and forced her to accept the lie she had imposed on reality, reverting the world back to its true state. 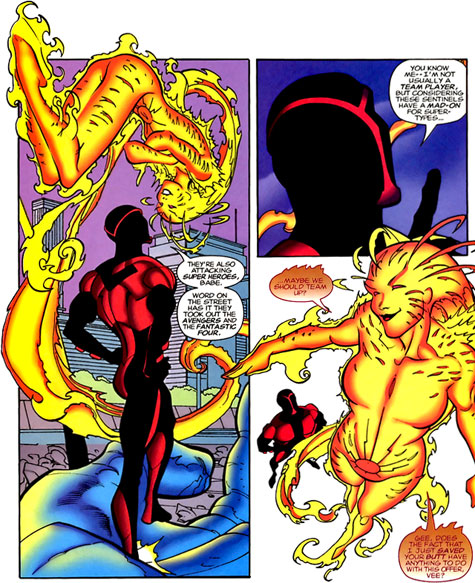 An unidentified Firestar who resembled Angelica Jones appeared in the Mutant X universe when the Goblin Queen was consolidating her control over the United States. As mutant-hunting Sentinels began roaming the streets, Firestar teamed up with the vigilante Vendetta and helped him gain access to the White House for an unknown purpose. Sometime later, she fell in battle with the rest of Earth's defenders against the power of the Beyonder. 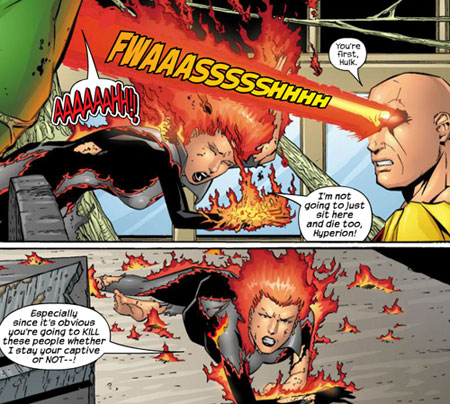 A version of Firestar was one of the last recruits for the Timebroker's second team of Exiles, called Weapon X. When the recruit Hyperion proved to be uncontrollable, trying to conquer the alternate worlds they visited instead of fixing them, two of his teammates (Colossus and Vision) were killed trying to oppose him. The Timebroker sent Firestar and a Hulk to enforce the mission parameters. Along with Weapon X's leader Gambit, they tried to accomplish their missions while fighting against Hyperion and his allies, Ms. Marvel and the Spider. Eventually, the Timebroker arranged for a battle royale between Exiles and Weapon X members on a chosen Earth. Hyperion quickly eliminated Firestar and Hulk once he realized the Timebroker was no longer teleporting in replacement members whenever an Exile died. 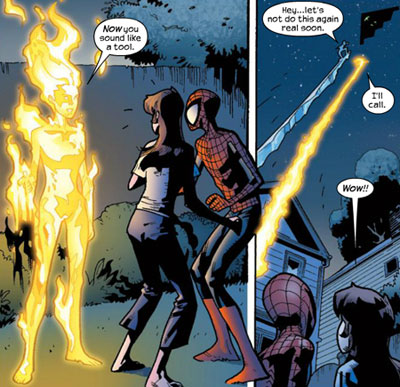 In the Ultimate Universe, the character of Firestar was merged with long-time Spider-Man supporting cast member, Liz Allan. Liz discovered she was a mutant with heat and flame powers, and over time came to accept her abilities and became an X-Man herself under the name Firestar. Angelica Jones made no appearances in that universe.