Following that incident Forge became interested in alternate timelines. He constructed a device to scan for mutants in alternate timelines. However, he quickly learned, as he later told Hank McCoy, that they had all “flatlined,” including the Age of Apocalypse, the XSE and the Nimrod futures, meaning either the futures no longer existed or they did but there were no more mutants in them. [X-Factor (3rd series) #23]

When against all odds a new mutant child was born, the possibilities for the different futures changed again and several forces, human and mutant both, hunted the baby, which was abducted 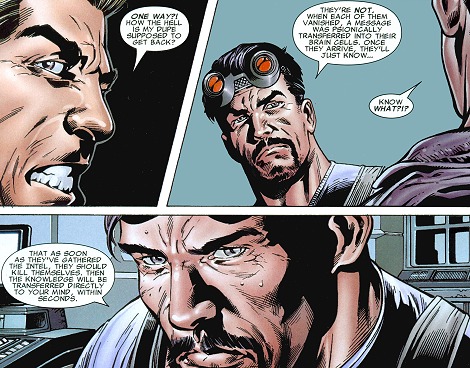 by Cable.  Cyclops asked Forge for help on a mission. He was to send two dupes of Jamie Madrox to two different futures. As it would turn out later, in one of these futures the mutant child became the savior of the mutant race, whereas in the other, she would cause the death of millions. Cable eventually made his way to Eagle Plaza, apparently to ask Forge for help. However, he found Forge shot and grievously injured, including serious head trauma, by the X-Man Bishop, who intended to kill the child as he believed she would grow up to cause his dark future. Only the timely arrival of an X-Men team saved Forge’s life, whereas Cable escaped into the future with the baby in tow and Bishop hot on their trail. [Messiah Complex crossover] 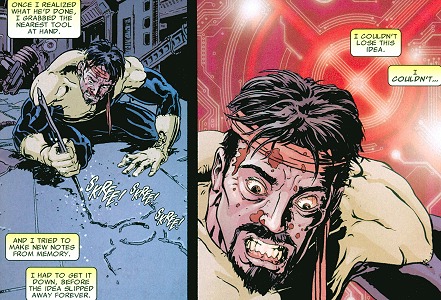 Forge returned to his home, still injured and finding himself fixating on ideas such as time-travel and improving his security. Possibly both his fixations and his following behavior are to be considered a direct result of his head injury. [X-Men: Divided we Stand #2]

At some unknown point, Forge took up residence in the High Evolutionary’s former home atop Wundagore Mountain. As he was also driven by the need to fix the problem of the world-wide loss of mutant powers during M-Day, Forge came up with an “engineer’s solution”, creating mutants by injecting synthetic genetic material into the DNA of several humans (it’s unknown whether those were volunteers or victims). Thanks to his interest in alternate realities Forge also learned that agents of another reality were preparing an attack on this Earth via their “ghost boxes”. He dispatched several of his “New Mutants” to deal with them. A team of X-Men got involved in what seemed to be a clandestine war between different species of mutants at first and finally learned of the ghost boxes and Forge’s involvement. They visited him at Wundagore and were horrified to see he had created these mutated monsters. 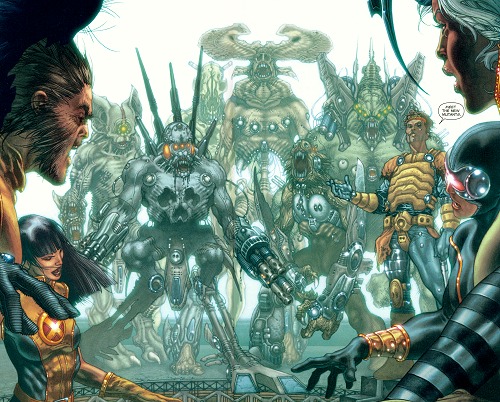 Forge, who was clearly unhinged at that point, intended to force the X-Men to fight the would-be invaders alongside his New Mutants by activating the Ghost Box. Before the creatures of the other world could emerge, Agent Brand of SWORD threatened she would destroy Wundagore and the Ghost box with a quantum laser cannon with several zetawatts. When Forge refused to back down and sicced his New Mutants on the X-Men, Beast used a cell phone to tell Brand where to point her orbitally stationed laser canon. The X-Men fled the area before the weapon was fired. When Storm asked Forge to come along, he refused, clearly feeling humiliated by her marriage to the Black Panther. He was left to his fate and is currently believed to have perished when the laser beam hit. [Astonishing X-Men (3rd series) #25-30]