Back from the realm of the Norse gods, the New Mutants were surprised to find Magneto in charge of their teaching, as Xavier had been forced to leave with the Starjammers because of serious health problems. During Secret Wars II, all of the New Mutants, except for Sunspot, were killed and then resurrected by the cosmic entity known as the Beyonder. [New Mutants (1st series) #37, Secret Wars II #9]

The incident left the Mutants in a sort of zombie state, lacking any emotion or happiness. Magneto was puzzled how to get his young charges out of their lethargy. The New Mutants questioned the sense of life itself and most, like Amara, were apathetic. Unable to help the kids, Magneto asked the White Queen for help and the team was transferred to the Massachusetts Academy, where they joined the Hellions.  Emma Frost welcomed her new students at the Massachusetts Academy and immediately started to erase their memories of the painful events.

On a surface level, it seemed that the teenagers were themselves again, but Emma sensed that there still was something amiss. Meanwhile, Magneto found out that he had been tricked by Empath, who had increased his feelings of self-doubt and despair, thus prompting the decision to transfer the kids. Angrily, he tried to get his charges back, but the White Queen called the local

authorities, who, in turn, summoned the Avengers to detain Magneto. Luckily, the New Mutants learned about the fight and helped him. The White Queen decided to try another approach and offered to help the kids together with Magneto. This time, the New Mutants came out fine, her telepathic powers and Magneto’s emotional concern restored them to their old selves. With the Mutants deciding to return to Xavier’s school, Emma departed peacefully. However, she left her invitation open. [New Mutants (1st series) #38-40] 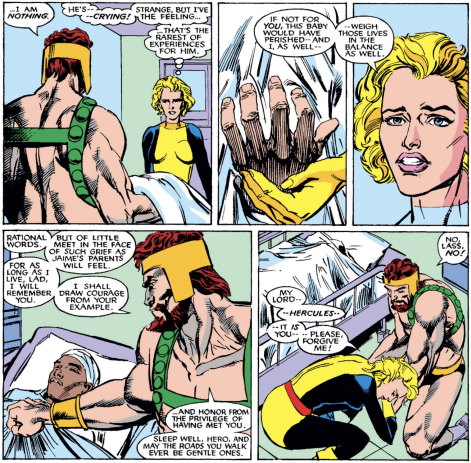 A highlight in Amara‘s life was when she met the Avenger, Hercules, a being from her people‘s religion, in person. At first, she did not believe him to be the real half-god the mythology was based upon, but when they together helped save a child from a burning building and she later witnessed Hercules interacting with a teenager who was soon to die of the injuries received in the flames, she regained her faith and kneeled before him. Hercules told her to stand up again, asking for friendship instead of worship. Actually, he thought people like her the greater hero, as compared to his own they have a relative short lifespan and risk far more each time they enter a battle. [New Mutants (1st series) #81]

With the Hellfire Club and Xavier’s at a temporary truce, the New Mutants also attended the parties of the Hellfire Club, as their mentor, Magneto, belonged to the Inner Circle as the White 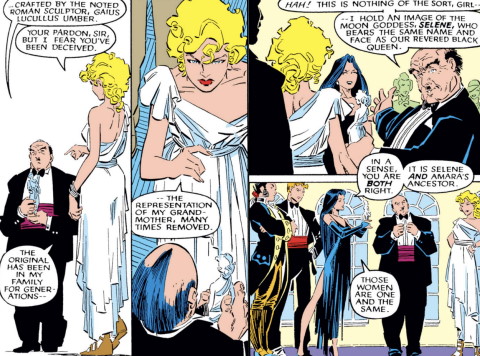 King. In one such occasion, Amara got into an argument with one of the party guests over a statue. While the businessman claimed that it portrayed the moon goddess, Selene, Magma insisted that it was a duplicate of a piece in possession of her family, actually representing her grandmother. Selene intervened, clarifying that they both were right, the statue showed herself, her also happening to be Amara’s ancestor. Amara refused to believe this. [New Mutants (1st series) #53]

During the New Mutants‘ many battles with the Hellions, Magma came to realize that she was attracted to the Hellion known as Empath. Of course, she kept this to herself, but her secret  was exposed when Mirage, in a playful manner, created images of everyone’s desires. Angry about 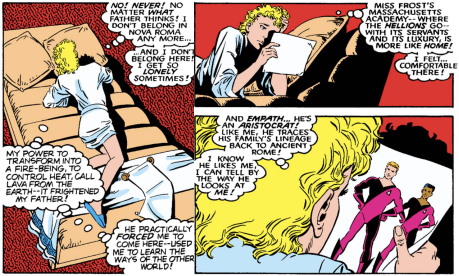 her privacy being violated, she stormed into her room to re-read a letter from her father. He reminded her that, according to Roman tradition, she was about the right age to be married and asked her to return home soon. Empath, being an aristocrat like herself, Magma made the only decision she could and transferred to the Massachusetts Academy to find out if she really loved him or not. However, she promised to stay in contact with the New Mutants. [New Mutants (1st series) #56-57]

Magma continued her training with the Hellions and it seemed that Empath cared for her too, as he held back whenever he had to use his power on her. However, apparently, he was manipulating her on a subconscious level, at least that’s what the White Queen recognized. When 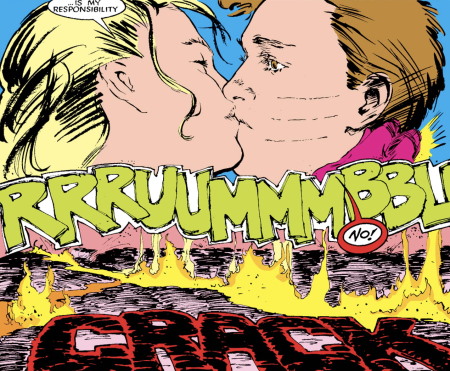 Amara received a second letter from her father, demanding  her to come home, Emma Frost ordered Empath to accompany Magma to influence her father into letting her stay and also to make sure the Hellfire Club could make use of Nova Roma’s mineralogical wealth. On the way, their plane crashed and Amara and Manuel had to help each other survive in the Amazonian jungle. Along the way, they resolved their feelings for each other and started a relationship. Empath also encouraged Magma to stand up to her father and to not be married against her will. [New Mutants (1st series) #62]

Senator Aquilla insisted on Amara at least meeting with her betrothed, when suddenly scientists of the High Evolutionary, needing a test subject for a new device to remove mutant powers, kidnapped her. Her father contacted the White Queen for help and promised to let Amara stay at the school if she wanted. Emma, in turn, alerted her fellow Hellfire Club colleagues for a rescue mission. It did not matter that it was actually the New Mutants and not the Hellions who freed Amara, she was safely returned and the wedding was called off. [New Mutants Annual #4]

The couple decided to extend their stay in Nova Roma a little bit further, though. This was a fortunate move, as in their absence the other Hellions were killed in battle against Trevor Fitzroy and the Sentinels. [Uncanny X-Men (1st series) #281-282]  Along with former Hellions Firestar 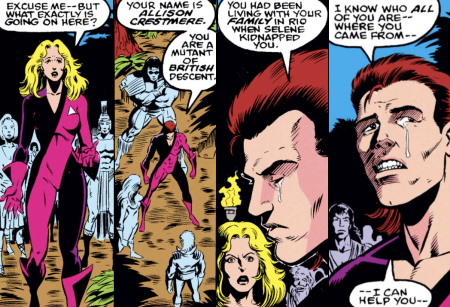 and Warpath, Cannonball paid them a visit to deliver the sad news. Once there, they found something was not quite right with Nova Roma. As they investigated, Empath confessed that he had discovered the entire city of Nova Roma to be a lie, its inhabitants consisting of brainwashed kidnap victims. The people were kept at a low technological and theological level so they would worship and sustain Selene. With her gone from the area, the spell slowly faded and people had started to remember, but Empath had tried to prolong the scenario as, for the first time in his life, he was happy. With the secret now out, he revealed to Magma what appeared to be her true name and heritage: Allison Crestmere, daughter of a British diplomat stationed in Rio. The other Nova Romans too being told their “true identities,” Empath and “Allison” decided to stay and help the people adjust to life in the 20th century. [New Warriors (1st series) #31] 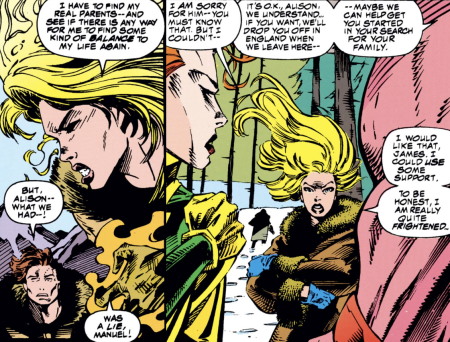 Later, both Magma and Empath were targets of Fenris during the Younghunt, an event organized by the Gamesmaster, which involved the  Upstarts hunting down the remaining members of the Hellions and the New Mutants. Luckily, X-Force and the New Warriors rescued them. Magma then decided that it was time to search for her parents in England and also called off her relationship with Empath, as she felt that she could not continue a romance that had begun as a lie. [X-Force (1st series) #32, 34]