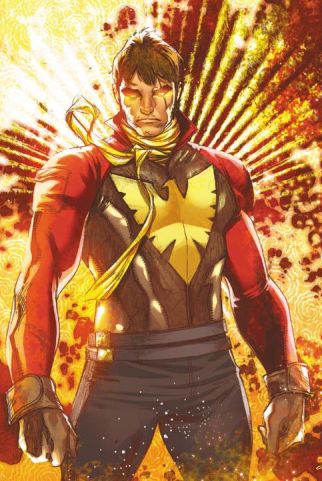 In another reality, Vulcan’s life took the same path, right up until his wedding before the M’Kraan Crystal. In this reality, before Vulcan could throw Xavier into the Crystal, Darwin pushed him into it. From within the crystal, Vulcan entered the White Hot Room and encountered Phoenix hosts from numerous realities. He promptly murdered these hosts and stole their Phoenix power. Upon leaving the M’Kraan, he killed everyone present; only his brother Havok and niece Rachel escaped. Vulcan proceeded to consume numerous galaxies on a path to Earth. Once he reached Earth, he was confronted by his family: Cyclops, Havok, Rachel and Cable. While fighting, his powers turned against him and he began to lose control. His family entered his mindscape and urged him to let go of the power, before he destroyed everything. Convinced by his family, he released the Phoenix Force and died, being welcomed into the White Hot Room by Jean Grey. [What If...? Uncanny X-Men: Rise and Fall of the Shi’ar Empire #1] 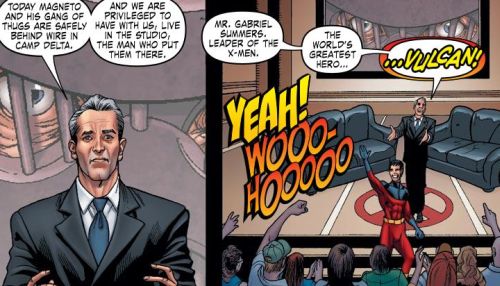 In another alternate universe, Vulcan’s team failed in saving the X-Men from Krakoa, other than Cyclops. Despite this, the team went on to become the world’s premiere superheroes and working wonders for mutant human relations. Vulcan in particular was beloved by many and the most famous superhero in the world.  However, his perfect life was not to last. When the Silver Surfer recovered Krakoa from space, the X-Men learned that Gabriel had actually accidently killed Jean Grey and his brother Havok during the rescue. He then murdered the remaining X-Men to cover up the truth. So as not to destroy human/mutant relations, the X-Men did not reveal this truth to the world. Instead, they deactivated Vulcan’s mutant powers and secretly locked him away on Krakoa, where he was forced to relive his crimes. [What If...? X-Men: Deadly Genesis #1]