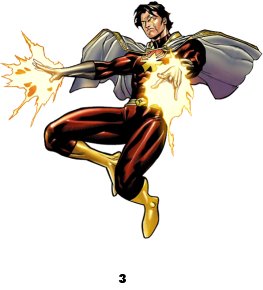 1)  When Gabriel was first recruited into Moira’s institute, he was given a simple black bodysuit for training purposes. Later, whilst training in the mindscape for their Krakoa mission, he wore a standard yellow and black training costume.  [X-Men: Deadly Genesis #4]

2) When Vulcan was sent on his mission to Krakoa, he was given a costume by Xavier. The costume was a primarily red body suit with a black portion covering his shoulders and chest, as well as black gloves. He also wore a yellow belt and boots. On occasion, he also donned a long red coat or a purple cape over his costume.  [X-Men: Deadly Genesis #1]

3) After his costume was nearly shredded during his fight with the Imperial Guard and his subsequent incarceration, Vulcan acquired a new costume. It was similar to his original, being a full red body suit, with yellow boots, gloves and belt. Upon the chest was a star-like insignia. Capping off the ensemble was a short, greyish-purple cape with ornate gold trimmings. [Uncanny X-Men (1st series) #483] 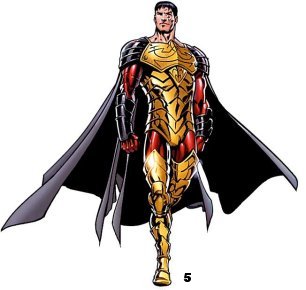 4) Once Vulcan took the throne, he often wore a set of red armor during his combat missions against the rebels and the Scy’ar Tal. The red armor covered his legs, arms and torso, and also consisted of golden gauntlets over black gloves, and yellow boots, purple pauldrons and a purple cape. Like his previous costume, there was an insignia on the chest of unknown origin.  [X-Men: Emperor Vulcan #1]

5) During the War of Kings, Vulcan donned a regal golden armor. The costume consisted of a red body suit with golden armor over his torso, shoulders, legs and hands. On his head, he wore a unique crown that covered the sides of his face. Both the crown and the armor on his torso was inscribed with Shi’ar glyphs.  [War of Kings #1]