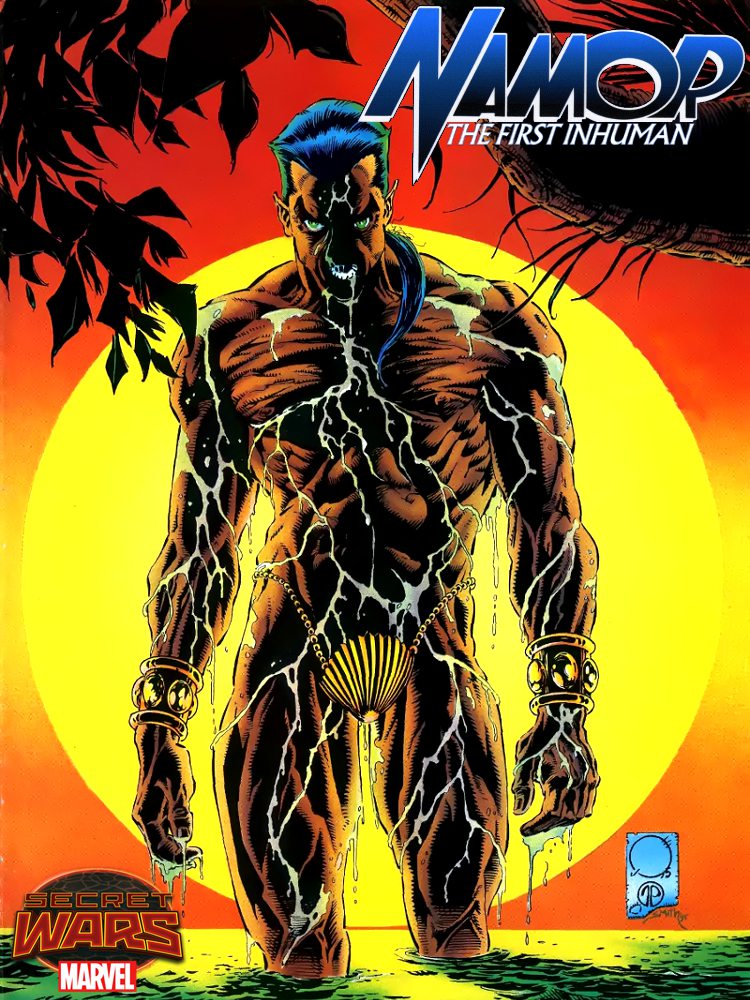 For the sites 15th birthday (5 years already!?!!) rather tha n doing a theme month, we decided to have the team do some of the projects that they really wanted to tackle including updating older sections of the site. We had a single article that detailed the titles that were released each year from 1962-1990 by publication date and we thought it would be really cool to update and improve on the concept, which spawned a brand new section to the site and something of a regular feature for the next couple of years.
Each year has its own page and not only lists the comics (with links to online summaries) but also key events that took place and new characters introduced. As part of the sites 15th birthday we released up to 1997, and then released 1 a month until we were up to date.

BTW If you’re wondering  the cover doesn’t appear in any of the Publication History X year entries. It's from the 2015 April Fools event where we became a comic news site and had exclusives of new Marvel comics. you can find more details about 2015 in our year in review article

Whenever we reach a certain milestone, be it the 1,000th issue summary or the 50th spotlight we’ve always like to do a celebration or as I refer to it, more work for the team. In some cases, we have been able to tie things together by a common theme but every once in a while, someone on the team comes up with a crazy idea that just might work… Case in point, the Unusual suspects.
The original in depth character spotlights, “Spotlight On…” (name taken from the X-Men: Spotlight on … Starjammers 2 issue specials released in 1990) were only for characters with long and convoluted histories and not just appeared in 1 storyline. We added character profiles in 2010 as part of our 10th birthday to cover the wider scope of characters and as part of the site launch, we came up with the idea of the unusual suspects. Where we would show silhouettes of 8 characters, revealing the characters 1 by 1. The first person to correctly guess all 8 would be able to choose an upcoming Character Spotlight. For Season 1, we had 2 winners, resulting in Icarus & Lifeguard entries. Our 2nd season in 2012, the winner chose Layla Miller, but we also did a poll on the forum resulting in Tempo being added as well. In 2016 our 3rd season the contest featured Harry Leland, Zero (Kenji Uedo), Garokk the Petrified Man, Annalee, Smart Alec, Chimera, Damian Tryp & Xenith the Strontian. 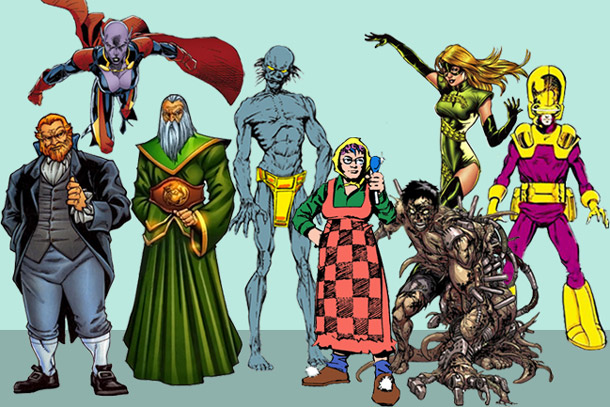 Only one person had managed to guess all eight correctly before the hints were given out and so we gave a big congratulations to Robbert Graner. He selected a profile on Margali Szardos. Robbert wasn't the only winner though as three more of you managed to guess all eight correctly. As a runner-up prize we created a pool of characters to choose from and these 3 runners up collectively choose La Lunatica.

For those that are wondering, the top section to encompass all our articles and research got the name merging minds as a nod to the Villain team site by Peter Luzifer from back in 2000-2001. We have only occasionally made changes to the site navigation but we have pretty much used the term merging minds to refer to all those disparate topics and indepth research. 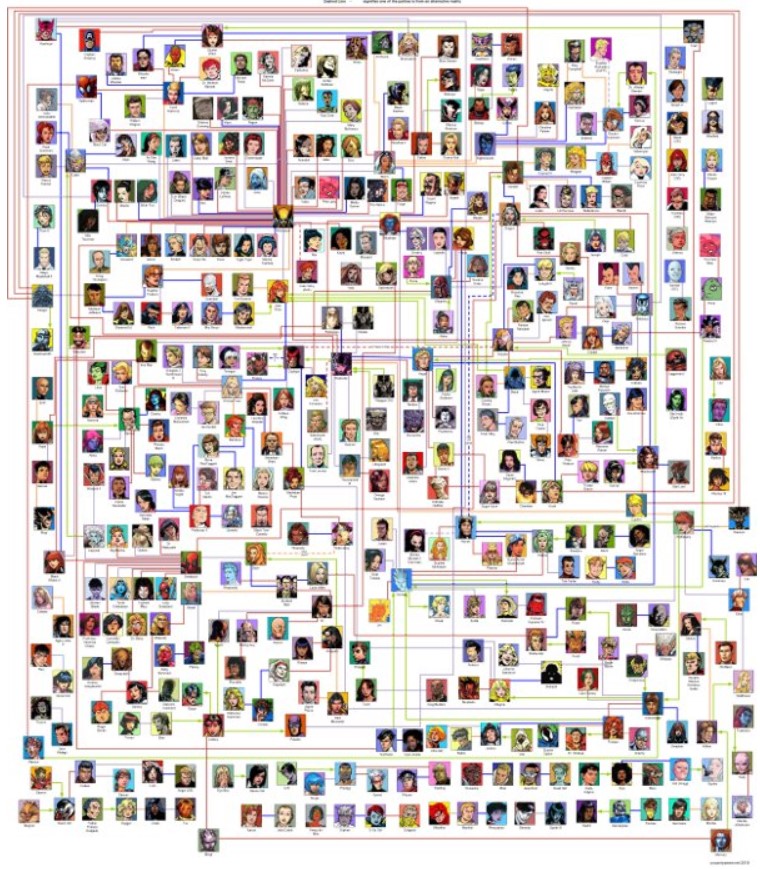 Some of my personal favourite content on the site is from this section, for example looking into the Rogues Absorbtion List, The Death Chart, SEX Sells (New X-Men 118) or the labor of love that is the Relationship map, which for the interest of history, partially came about because I was asked to learn MS Visio at work and there was a random conversation amongst the contributors back in early 2000’s.

I would also add its probably where we try and be as playful as possible with our articles names; A FIRESTAR IS BORN, WADES WORLD, SUMMERS LOVIN' and SHATTERSTAR IS WHO… WHAT… HUH?!?

In 2017 we decided to try and answer one of those ultimate hypothetical questions related to the Marvel universe and who was the first mutant, not just from who was the first mutant born within the comics but also first mutant published, and for me that’s what I love about the Articles and Research section, we don’t go for an easy top ten listicle, we tackle a topic try to look at from all angles. 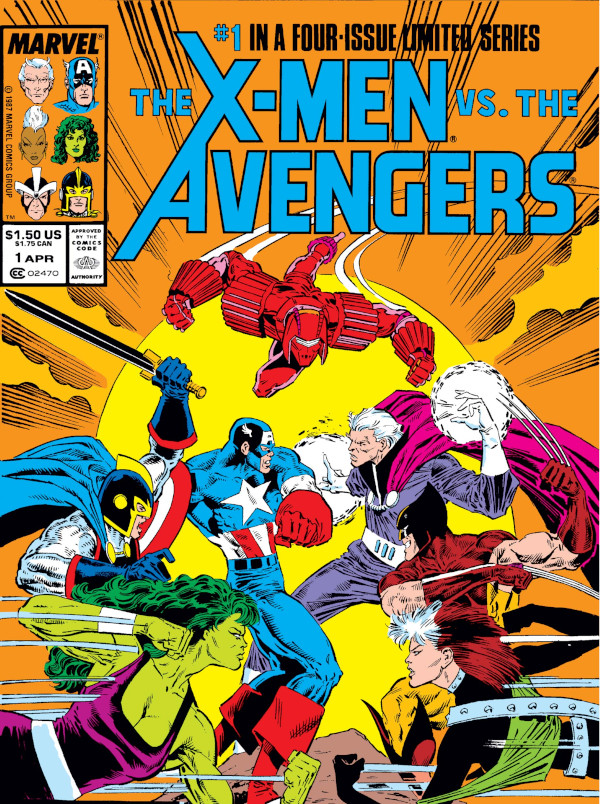 Visitors to UXN on April 1st 2017, would have seen us homage the Wolverine event April fool by announcing an Avengers site but having a single page with just Loki. On April 1st 2018 we did repeated the joke, except it was a dangerous bait and switch; we actually launched the Avengers site, catching a lot of people off-guard.

Discussions about expanding beyond the X-Men pretty much exist all the way back to the early years of UXN, once we had settled on the resource aspects of the site; its natural given the crossover nature of characters and storylines in a shared universe, however it never felt like the right time and the biggest concern was always that we would be spreading the team to thin and ultimately UXN would be impacted as well.

As time marched on and the number of big ticket items for UXN were completed such as the spotlight on Wolverine (& Lockheed!) or current main x-title issue summaries were needed (we’ll just ignore the countless Deadpool/wolverine titles exist) it started to make sense. I think it’s fair to say there was a nervous apprehension/ excitement in the team so we made sure to set some boundaries and treat the site as a 1 year experiment, and if we felt it was detrimental to UXN and our health, we would be able to fold the content back into UXN.
Interesting to note the discussion on what character/title set we would expand to was never set in stone as the Avengers. Talks about tackling smaller pockets of the Marvel universe like the Fantastic Four had been suggested as well, but as the sales slogan stated sometimes you just got to “go big or go home” and ultimately the Avengers Initiative was set in motion.

One of the early sections that we created @UXN was to pull together all the different threads from a storyline that not only spanned multiple issues, but multiple titles as well. While one could argue that as soon as the story arc has been completed or the issue summaries are online, it would be relatively easy to create a crossover entry, it starts to get more complex when you have to try and figure out the correct read order, as an example take a look at one of our oldest entries Inferno.

But what about when a crossover is not a crossover but an alternate reality? In those instances, what starts out as just a single article summarizing a story, becomes a whole series of articles such as House of M or the Age of Apocalypse

However in 2019, there was only one crossover that we could do that featured the Avengers and the X-Men - https://uncannyxmen.net/story-arc/bloodties

For the final Twenty (one) for Twenty, I thought I’d take this moment to talk about our byline; For the Fans, By the Fans. 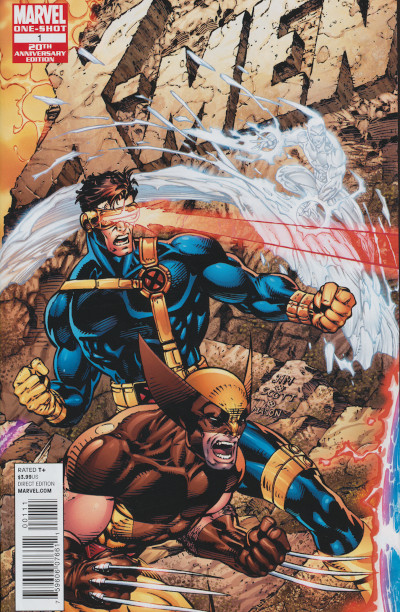 In 2000 I had no real plan other than creating a space to share my love for Marvels Merry Mutants, a group of individuals that became a family (warts and all) who influenced my younger self. I’ve already regaled a little about those early days and once the seed was planted, I was, and still to this day, amazed that others have joined this little adventure. Many have come and gone over the years and a few still haven’t left (believe me, we’ve tried to get rid of them, they just don’t go). I guess you must be wired a certain way to want to contribute; Whether writing articles or helping with image work, No one gets paid for contributing to UXN, it doesn’t make you insta-famous and it can feel a like a chore having to re-read X-Men: Time gliders for the 4th time. We do this for the fun, for the satisfaction of creating a resource that others will enjoy or find helpful
I never expected that UXN would become what it is today. I cannot and do not take any credit for that, all the praise deserves to go to the individuals that have contributed their time and effort to produce the content you see, this labor of love that is UXN.

So as I close our 20th birthday celebration article, please raise a glass to those selfless contributors that for 20 years have week in, week out, that do this for us, the fans and I look forward to seeing you join our ranks