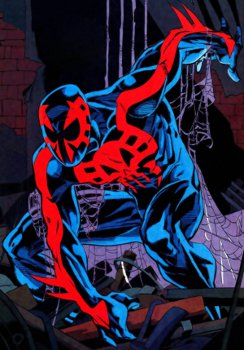 Miguel O'Hara was an Alchemax bio-engineer when a test subject died during one of his experiments. He tried to quit, but was fed a hyper-addictive drug called Rapture to keep him in line at the company. Miguel tried to use his own invention to undo Rapture's effects, but sabotage caused him to develop the proportionate abilities of a spider. As Spider-Man and the so-called Harbinger of Thor, Miguel became champion of the masses and the first of a new Heroic Age. 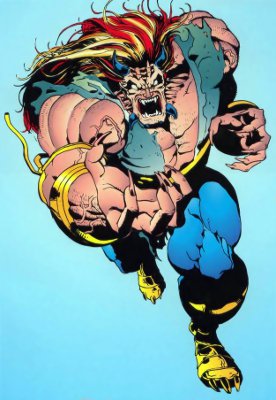 Paul-Philip Ravage was a veteran of the Pollution Wars, dedicated to the corporate goals of keeping the environment clean. When he learned his bosses were corrupt, they tried to kill him. Ravage became a junkyard warrior fighting Eco and Alchemax before exposure to Mutroid radiation unleashed the prehistoric man within him, creating a second identity as the Beast-Man. With his families' company Green Globe and on his own, Ravage fought for the Earth itself, and the primal needs of man. 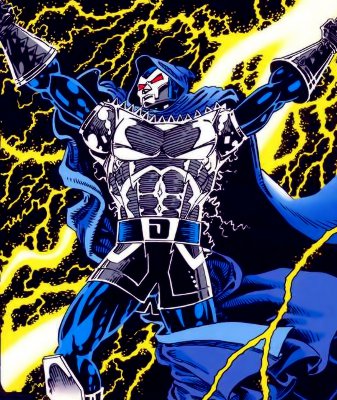 After decades of absence, a man claiming to be Victor von Doom appeared in Latveria, a country now controlled by an American mercenary from Alchemax. Despite his foggy memory and initially unscarred face, Doom won the allegiance of the Zefiro gypsy tribe and soon reclaimed his country. He then set his sights on the rest of the 21st century. With a Pixel-designed cybernetic armor controlled by nanotech and neuro-interfaces, the Doctor had plans to save humanity... regardless of their opinion on the matter. 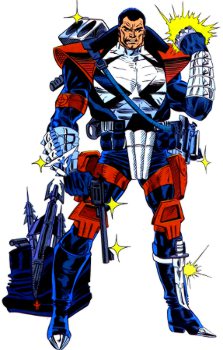 Jake Gallows was a special weapons officer for Alchemax's Public Eye, the corporate police force who protected subscribers with their lives... provided their payments were up-to-date. The injustices of 21st century society hit home for Jake when his mother, brother and sister-in-law were killed by a black carder's son, who was convicted of murder and yet sentenced to a meaningless fine. Finding the last war journal of Frank Castle in evidence, Jake Gallows unearthed true justice and punishment in 2099 as the Punisher. 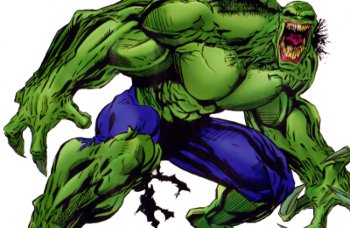 John Eisenhart was a Hollywood lawyer who "acquired" new ideas and properties for his studio, Lotusland. He learned about the Knights of the Banner, a men's survivalist group in the desert who revered the Hulk as an example of the natural man. When Lotusland mercenaries massacred the Knights, John was caught in a gamma reaction the Knights had been experimenting with, transforming him into a new Hulk. Rediscovering his natural side (and his conscience), John undertook a quest to find the last of the Knights and save him from the modern world. 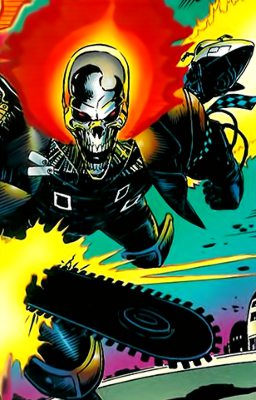 Kenshiro "Zero" Cochrane was a downramp biker and computer hacker with the Hotwire Martyrs in Transverse City. The Martyrs challenged the corporate D/Monix in a data theft, and most ended up dead in retribution. Zero scragged the data in his neural implant by making the ultimate upload, sending his consciousness into cyberspace. He was found by the Ghost Works, artificial intelligences who needed to maintain human civilization for their own purposes. They made Zero into an agent of change, uploading him into an old warbot chassis which he customized to become the baddest biker from Chicago to Detroit, the Ghost Rider. 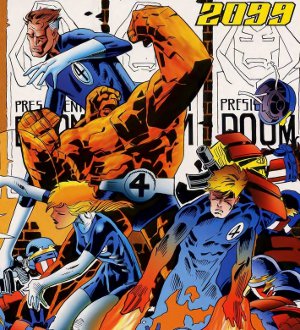 In the 21st century, Four Freedoms Plaza and the Negative Zone were the officially licensed property of Stark-Fujikawa and HelCorp, respectively. To the surprise of everyone, the original Fantastic Four were apparently located in stasis in the Negative Zone, released into the year 2099 with no memory of how they got there. Trapped in a world they never made, Reed, Ben, Sue and Johnny try to adjust to the future where they existed as fugitives, corporate "property" to be recovered. 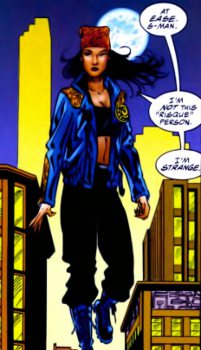 A powerful but novice adept, Mademoiselle Strange intended to claim the role of Sorceress Supreme. Her mysterious mentor seemed to have access to the artifacts of Stephen Strange, but his true identity remained unrevealed. Possessed by a demonic secondary personality she tried to suppress, Strange still had a ways to go before her claim to Sorceress Supreme would go unchallenged. 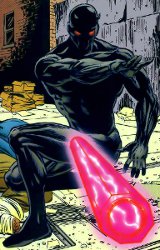 Eric Nelson was a corporate lawyer, quite possibly the safest and easiest job in 2099. At least until his father, a chronic gambler, sent a scientist buddy named Gunderson to Eric for help protecting his sensory enhancement invention from Alchemax Acquisitions. Nelson kicked Gunderson out, but then the scientist turned up dead "by suicide" and Eric received a package from him at the same time. Infected by Gunderson's nanomite technology, Eric soon learned just how wrong he was about "corporate ethics." As Daredevil, Nelson worked to expose the corruption intrinsic to 21st century life, thanks to Gunderson's enhancements and the Maverick Underground. 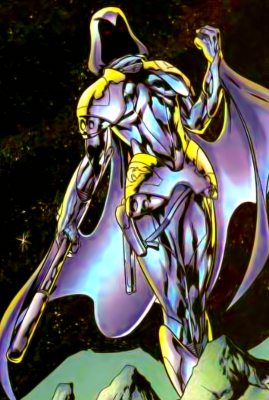 As Earth fell into chaos during the early 21st century, the Inhumans of Attilan prospered in their Great Refuge on the Blue Area of the Moon. King Black Bolt opened the borders of Attilan to all comers and refugees looking to escape the planet below, forming a transitory population on the outskirts of the Inhuman city, a "Casablanca in the sky." By 2099, the moon had a new defender patrolling the diverse population. This unknown woman cast herself as a specter of vengeance, punishing people in the name of the moon.