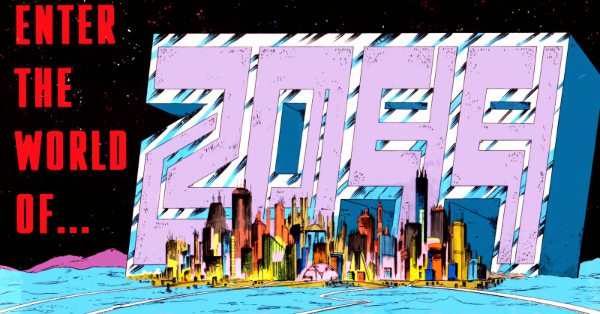 The history of the 2099 universe is based around a shadowy cabal of movers and shakers who manipulated world events to their benefit. By the early 21st century, superhumans in America had grown large enough to constitute a voting block, a statistically measurable special interests group capable of influencing the development and direction of society. To combat this, the Shadows orchestrated a rise in anti-superhuman sentiment among the people, leading to registration acts and ultimately mass executions. The loss of the Heroes did not happen quickly or easily, and the street-fighting and catastrophes that followed brought society to a period of near anarchy for decades. 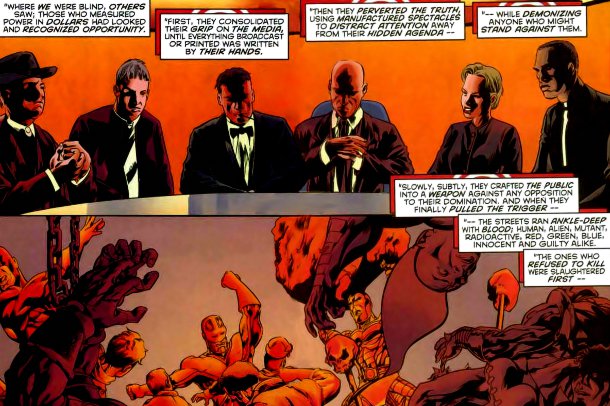 Scraps of historical texts refer to a mysterious mass exodus of mutants by the end of the 2020's. The nature of the Great Exodus in unknown, but may have been extra-planetary in nature. Other timelines have involved mutantkind leaving for the stars after realizing peace between man and mutant was impossible (such as Planet X from Uncanny Avengers, or Haven from Guardians of the Galaxy in the 31st century). 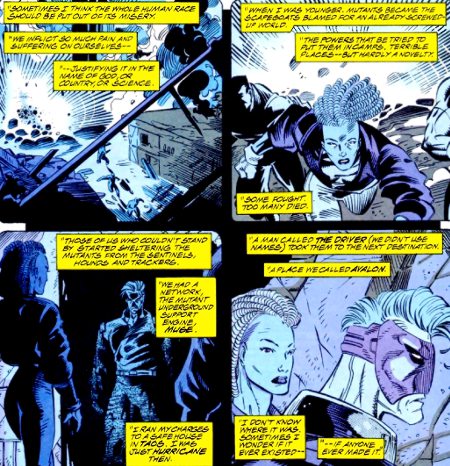 Unfortunately, the loss of so many mutants and mutant leaders left those who surfaced on Earth in the years to come hopelessly at the mercy of humanity. Genetic accords were started in the 2030's to limit or control mutant populations, the first step towards the Great Purge. In the 2040's, a "genetic purity mandate" was ordered by the government, under the secret direction of the Shadows that ran the country. Benevolent mutations were outlawed and so being a mutant became a crime, punishable by death. Mutants were hunted by Sentinel Nimrod and seeker units, executed in the streets or dragged off to Zero Camps.

A loose organization of mutants and human sympathizers formed MUSE, the Mutant Underground Search Engine. An "underground railroad,” MUSE operators ferried mutants between safehouses on the way to Avalon, the fabled final stop on the railroad where mutants could remain free. Hurricane and the Driver were among the known "conductors" in MUSE. 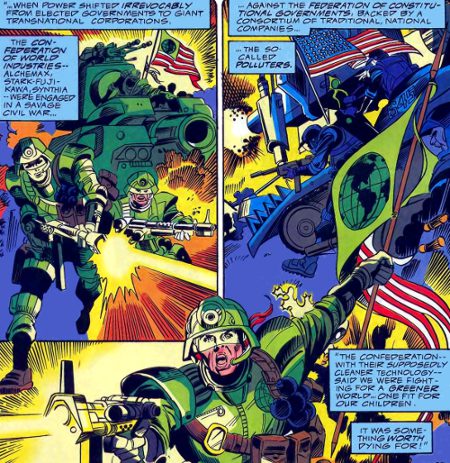 The United States government had long been deep in the pockets of corporate America. Around 2075, however, control of the government officially changed hands to the MegaCorps. Manipulating events on a national scale, the MegaCorps orchestrated a civil war in the country to seize control from their own puppet president. The MegaCorps rallied supporters to their Confederation of World Industries by becoming champions of the environment and ecological issues, while painting the existing Federation of Constitutional Governments as the "Polluters," supporting environmentally unsafe practices. By controlling the media presentation and both sides of the conflict, the MegaCorps essentially scripted the war from beginning to end.

The war that followed was apparently known as both the Pollution Wars and the Corporate Wars. Paul-Philip Ravage, Alec Declund and other "eco-patriots" fought on behalf of the MegaCorps to claim a better future for their children. When the MegaCorps won the war, they were cheered by the people for ousting the last democratically elected president of the United States and installing a corporate autocracy in its place.

Another aspect of the Corporate Wars was the last known iteration of the X-Men prior to 2099. Led by the Zen scientist Zhao, Master of Mindfire, the X-Men of the Corporate Wars were largely unknowns, and vanished after the Los Angeles firestorms. Only years later did the truth of their final days come to light. Zhao feared the dwindling of his mindfire that came with age, and experimented with psi-booster serums to restore his former light. Unfortunately, these boosters also left the formerly serene master paranoid and unhinged. Seeing enemies everywhere, Zhao thought his X-Men were conspiring against him when they expressed concern about his condition, and the Master of Mindfire murdered his own team of X-Men in anticipation of their "betrayal." 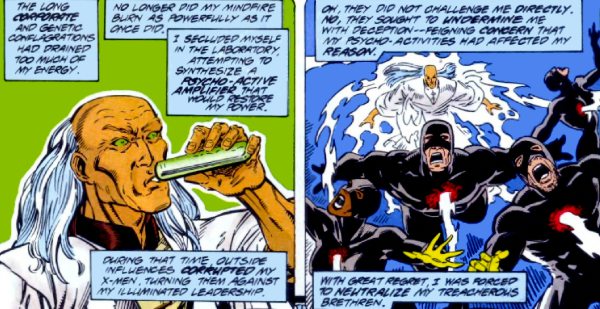 By 2099, "America" was really a series of corporate fiefdoms. Cities that had value or research facilities useful to MegaCorps' infrastructure thrived under corporate sponsorship and control. The rest of the country was left to fend for itself. Independent towns or "Indies" had to make do with whatever tech they could scrounge or laws they could enforce. The lucky Indies were ignored completely by the MegaCorps; the unlucky ones developed some useful tech or unearthed relics from the Heroic Age, and were openly attacked by corporate Headhunters who looted the Indy town of anything valuable and torched the rest. The U.S. Senate still existed as a forum for resolving inter-corporate agreements and disputes, with the MegaCorps-appointed president as an allegedly neutral moderator. All the MegaCorps of America had representation in the Senate -- the people of America did not.