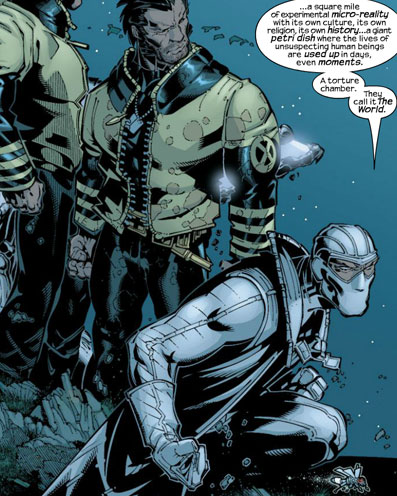 The Weapon X Program has had a lasting impact on the world stage, and the development of super-soldier programs, particularly involving mutants.

Of course, Weapon X was merely the latest in a series of Weapon Plus Programs. Weapon Plus moved on from its 10th iteration before the Professor even completed all of his work. Establishing a time-manipulating research facility known as The World, Weapon Plus compressed generations of bio-technological development into only a few years. John Sublime, a minor researcher connected to Weapon X, leapfrogged over the Professor to take control of Weapon Plus and shape its future. 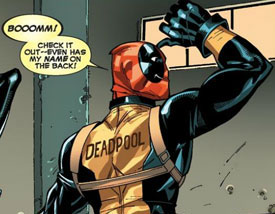 Department K was a covert intelligence program connected to the Canadian parliament and military. They somehow acquired data from Weapon X and recreated their own version of the program. Department K employed scientists skilled in both cybernetics and genetic engineering to produce a new line of super-soldiers. Their success story was a mercenary amputee turned cyborg named Garrison Kane, who replaced Wolverine as Codename: Weapon X. Drop outs of the program included Sluggo, Slayback and Deadpool.

Canada's sister program, Department H, once created its own Weapon X as well, separate from Department K's work. Doctor Huxley was experimenting with the deadly Thetagen-24 bacterium when he exposed an unwilling test subject to the concoction. Held inside an unbreachable containment suit to prevent the bacterium from spreading, this new Weapon X briefly escaped from Department H before being hunted down by Alpha Flight.

Many years after the fall of Weapon X, a lone survivor of the original program lobbied to revive it. Malcolm Colcord was a military guard stationed on the perimeter of the Weapon X facility on the night Logan aka Experiment X escaped. His face was horrifically scarred by Logan's claws during the incident, leaving him with a deeply rooted hatred of Wolverine, and mutants in general. 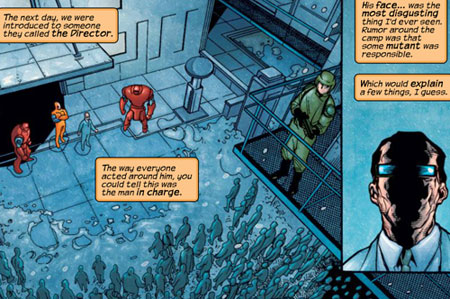 Despite his disfigurement, Colcord rose in the ranks of government intelligence and eventually accumulated enough pull to reactivate Weapon X. Largely an American endeavor this time, the new Weapon X attempted to turn mutants against their own kind. Mutants were approached with the offer of enhanced status and abilities to become agents of Weapon X, all operating under the control of Director Malcolm Colcord. The Director was insidious in his goals, and even orchestrated the creation of Neverland, an actual mutant concentration camp where normal citizens were rounded up and held without trial or charges. Those found to be useless to Weapon X were marched off to gas chambers and killed by the dozens. A falling out between the Program's command structure ultimately led to a War of the Programs that reached a sudden conclusion on M-Day, when the majority of the combatants lost their powers. Although the programs disbanded, Colcord continued his research for a time, using science derived from Weapon X to perform experiments on behalf of Daken in Madripoor. 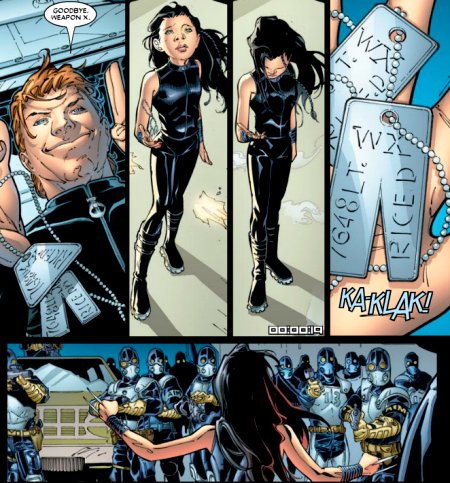 The Facility had no direction connection to the Weapon X Program, but had infiltrated it with one of their scientists. Cell samples from Logan were smuggled out during his escape, and were used by the Facility to experiment on cloning a new living weapon for themselves. This clone, X-23, eventually escaped from the Facility, and the organization has moved on to other experimental weapons for profit, such as Predator X. 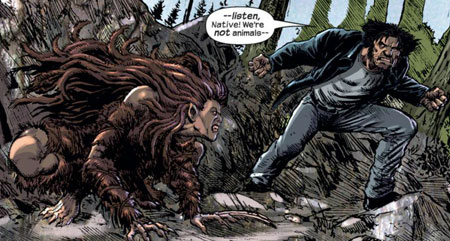 The Workshop was another government project, apparently connected to the CIA, which acquired notes from the original defunct Weapon X Program. They focused on acquiring the rogue experimental subject nicknamed the Native. 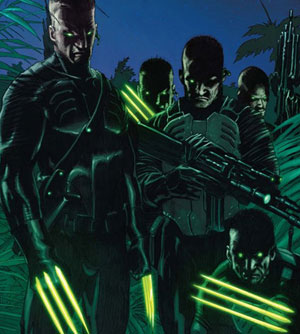 Another application of the Weapon X research was made by Blackguard, the private military arm of the RoXXon Corporation. Former subject David North, aka Maverick, accidentally allowed Weapon X files and experimental data in his possession to be sold to the wrong people, and RoXXon gained the information necessary to recreate and improve upon the Adamantium bonding process. They created a unit of Adamantium Men, mercenaries with unbreakable skeletons and retractable claws based on Wolverine's, with the added improvement of laser energy running through the claws. To compensate for the otherwise human mercs' lack of a healing factor, RoXXon introduced a regenerative nanotech into their systems, making the Blackguard soldiers nearly as indestructible as Logan.